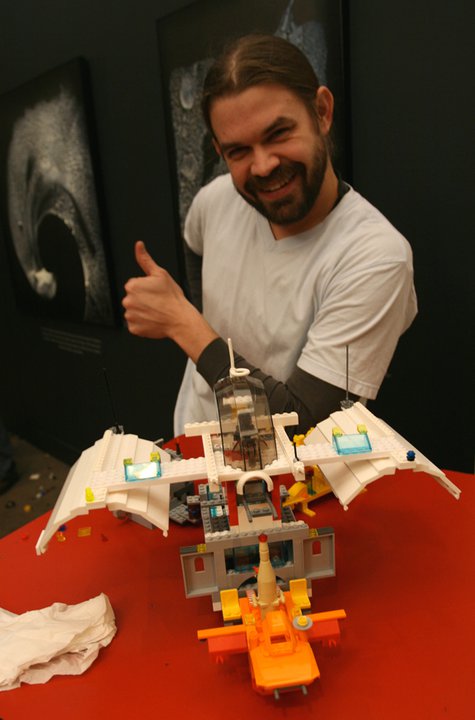 Ben Beres and his mighty ship (well built, but the detachable slave ship must have not scored big with the crowd).

The results of last week’s LEGO Spaceship Building Contest are in, and with the greatest touch of irony, he who talked the most smack got smacked down.

The crowd at Vermillion Gallery eagerly waited at 10:00 p.m. on Friday when the team members of SBC and PDL awaited the vote tally. Jed Dunkerley, the infamous instigator, had a measly pile of eight votes, by far the lowest total. His teammate Jason Puccinelli, though, saved the day with 126 votes, capturing a PDL win for evening.

Even with only eight votes, Dunkerley stands by his ship, and his pre-contest confidence.

“I still hold that my design was the best, but it is typical of these ‘popularity contests’ that someone of my visionary talent goes unappreciated and misunderstood,” he said afterwards. “Maybe if I had pandered to the masses with ‘snack bars,’ pre-molded parts and pasted on sharks, I could have captured more votes, but I cannot forsake my creative excellence for gimmickry.

“Besides, if anyone’s ego in that room can handle that incomprehensibly miniscule vote tally, it is mine. John Sutton would have broken bar furniture and Greg would have locked himself in his condo for days, crying and cutting himself.” 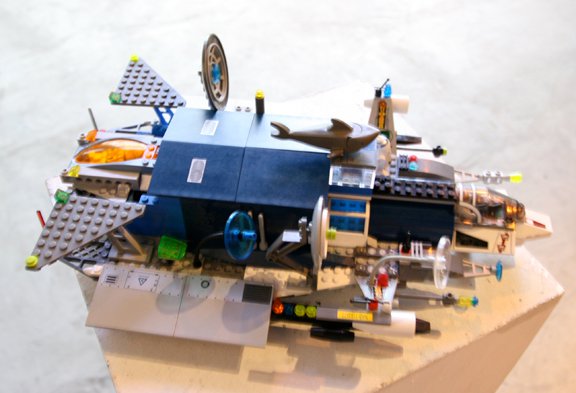 John Sutton’s outer space pirate ship. Not even a LEGO shark can take on the mad skills of PDL. 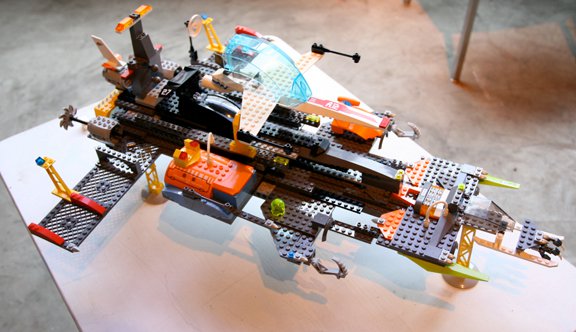 Zac Culler’s ship got some votes because it was low enough to the ground that the kids could see it. 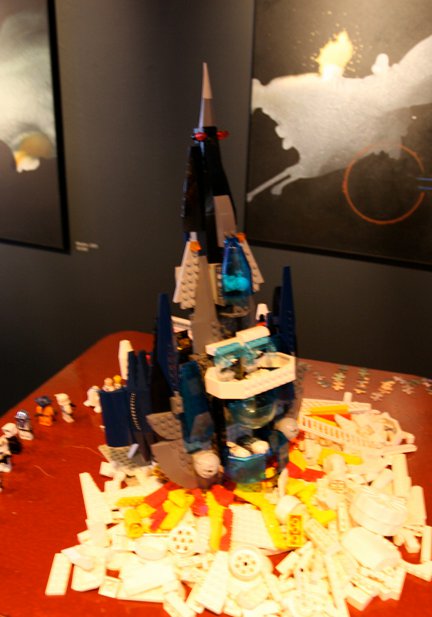 Jason Puccielli’s ship, snack bar, exhaust and visitors… Controversial, but takes the most votes by far, ensuring a PDL win. 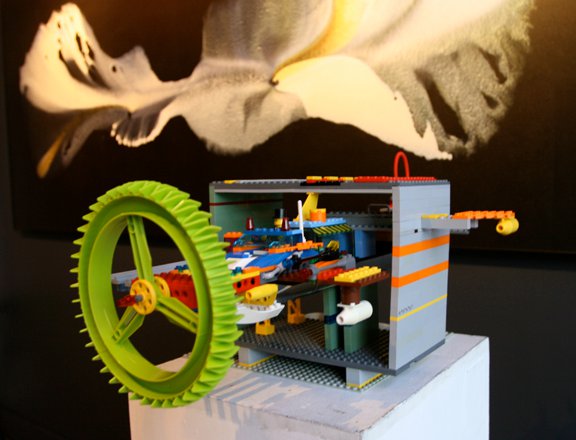 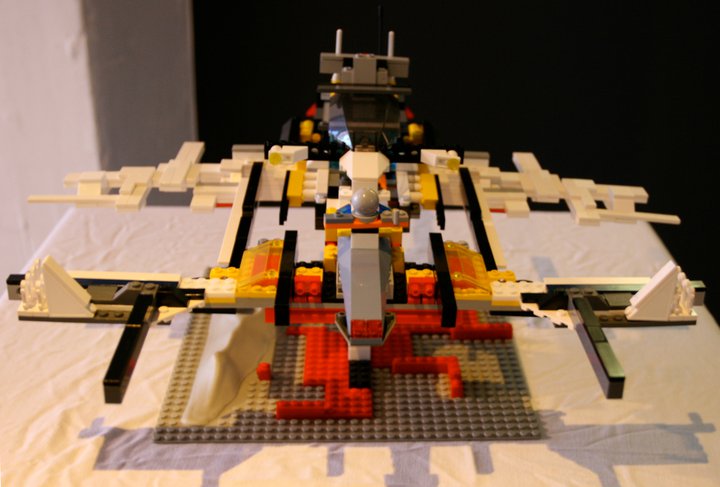 Jed Dunkerley showed us what a high school art teacher’s ship looks like.

All images and captions courtesy of Greg Lundgren.