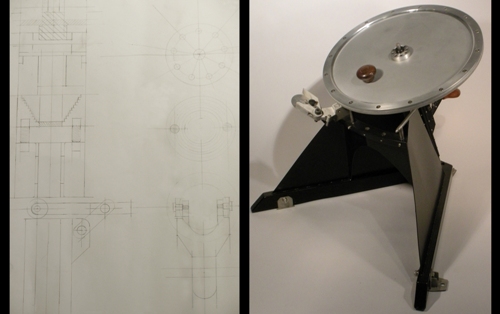 Pioneer Square’s First Thursday art walk can be overwhelming. With each block filled with galleries, it’s hard to know where to pop in and peruse. To help out, here are some venues pushing out eye catching exhibits.

Ohio native Andrew Fallat presents Echolalia (which refers to a compulsive disorder in which a person repeats meaningless words or phrases) at Gallery4Culture. Fallat displays this anxiety-causing disorder using his two hand operated machines he built that perform specific tasks (like plate-spinning and stone-skipping) in repetitious movements.

Over at Core Gallery, artists Jim Stoccardo and David Hytone show off their paintings. Stoccardo’s cartoon-like land and cityscapes are created using acrylic paint. Hardly brushing the paintbrush onto the canvas or wood, Stoccardo creates watery images that are transparent enough to see the pencil-lined objects. Hytone, on the other hand, uses thick layers of oil paint for his abstract paintings. This will be only the third exhibit for Hytone (his last one was in 1992), who took a long hiatus from painting to pursue music.

Richard Morhous makes bold statements with his acrylic works on claybord at the Lisa Harris Gallery. Morhous emphasizes industrial pipes and fire escape stairs found in cities, avoiding straight lines so as to make a rippling effect. At SOIL, a group exhibit will be going on throughout the evening. Bloom & Collapse will present the works of seven pairs of artists targeting the issues of decay, fragmentation and decomposition. The projects are not restricted to any one medium—everything from animated video, paintings and sculpture will be on display. 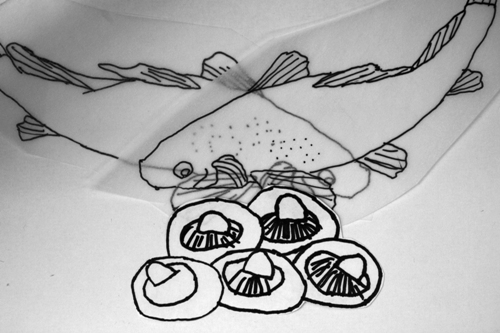 Other notables include Gallery110’s Couplings exhibit, a selection of work revolving around the theme of intimacy between two individuals, and Shift Collaborative Studio’s premier of artists Ruthie V. and Daya B. Astor’s work.

Photos courtesy of the artists