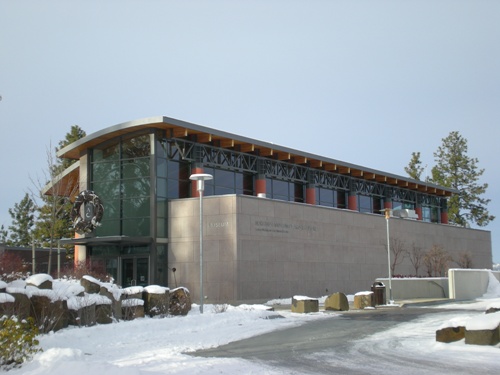 According to Gregoire, mothballing the MAC, the Washington State History Museum in Tacoma, Olympia’s Capitol Museum as well as cutting numerous outreach programs fed through local historical societies would total up to $5.2 million in savings. The community, however, doesn’t seem interested in the numbers. Instead, they look at it as a possible disaster that would disable the only cultural hub on the East side.

As assistant curator at Gonzaga University’s Jundt Art Museum, Karen Kaiser didn’t think the news was just a small shake up. “As an artist and member of the art museum, it’s huge,” she said. “Closing down the MAC would be a tragedy and leave a giant hole in our culture.”

Last Thursday morning, MAC executive director Ron Rector spoke on KYRS radio about how the closure could halt some of the city’s revenue making industries like tourism.

“We add to the economy, we don’t take away from it,” he told Bernadette Vielbig. “This is the only museum that has history, art and American Indian objects under one roof in the state of Washington.”

Rector explained that shutting down the museum would mean Native Americans would lose access to important documents, photos and other artifacts. For others, shuttering the museum’s Campbell House (also part of the mothball proposal) meant equally losing access to part of their ancestry.

“My grandmother even donated a 60-year old Christmas cactus that is now about 80 plus years old and is still living and blooming in the Campbell House,” a family posted on Save The Mac, a grassroots campaign website.

Annette Farrell, an arts administration major at Whitworth University wrote that she always heard complaints about there being nothing to do in her city. Used for entertainment as well as education, Farrell said the museum was a place that represented the progress made by the community and its potential for a strong art culture.

“To close it down to the public would be a blow not only to our cultural development, but also our economic and cultural growth.”

While Spokane may be nearly five hours away from Seattle, its chilling proposal could easily reach our neck of the woods. SAM plans yet another closure (Jan 31-Feb 15) and perhaps during this time, Seattleites should take a moment to ponder what it would be like if the doors were locked for more than two weeks.