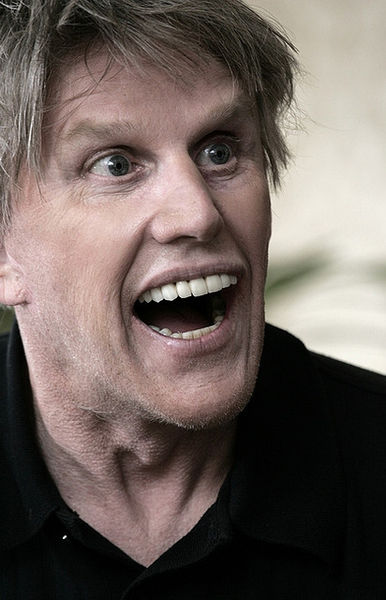 When GlassForest Entertainment asked local cinematographer Sam Graydon which big-name star he’d like to cast in his short film Jenny, he immediately thought of Gary Busey.

And while most young filmmakers can only dream of booking a Hollywood name, Graydon soon had Busey signed on for his gig.

It’s all part ofa project from Glass Forest Entertainment called The Splinters, a series of short films from various Northwest writers and directors, each of which features an established, well-known actor, and focuses on the turning point in a character’s life.

In Jenny, the title character is a teenage girl living in a small town who finds herself pregnant and ostracized by the community. Her only friend is Gary, the local nudist, played by Busey. According to Graydon, it is a Juno-esque, coming-of-age story about two outsiders who bond over their misfit status, and the friendship that results.

Fundraising goals for this Kickstarter project aren’t small, but Graydon (who is both writer and director for the film) insists that every donation counts.

“There are immediate incentives,” he explains. “For example, at a certain level you can get the DVD, you can come on set and actually shadow one of the crew members, and then there’s just being a part of the film, even if it’s only a dollar.”

Other sweet donation rewards include tickets to the cast and crew party, a private screening of the film, and at the $5,000 level, credit as Executive Producer.