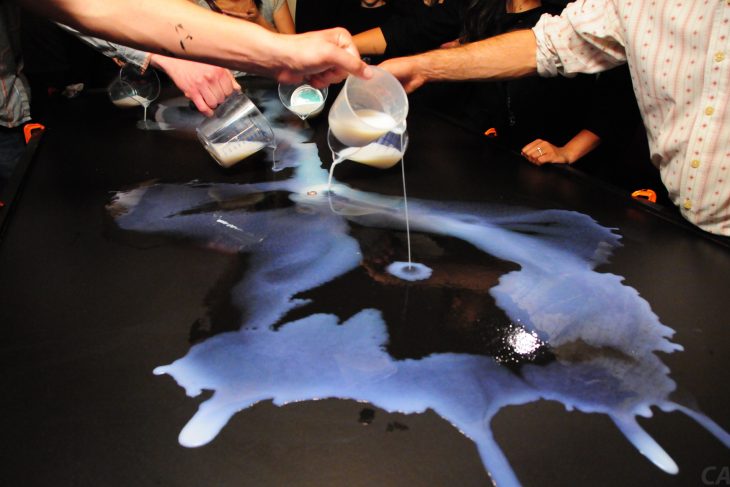 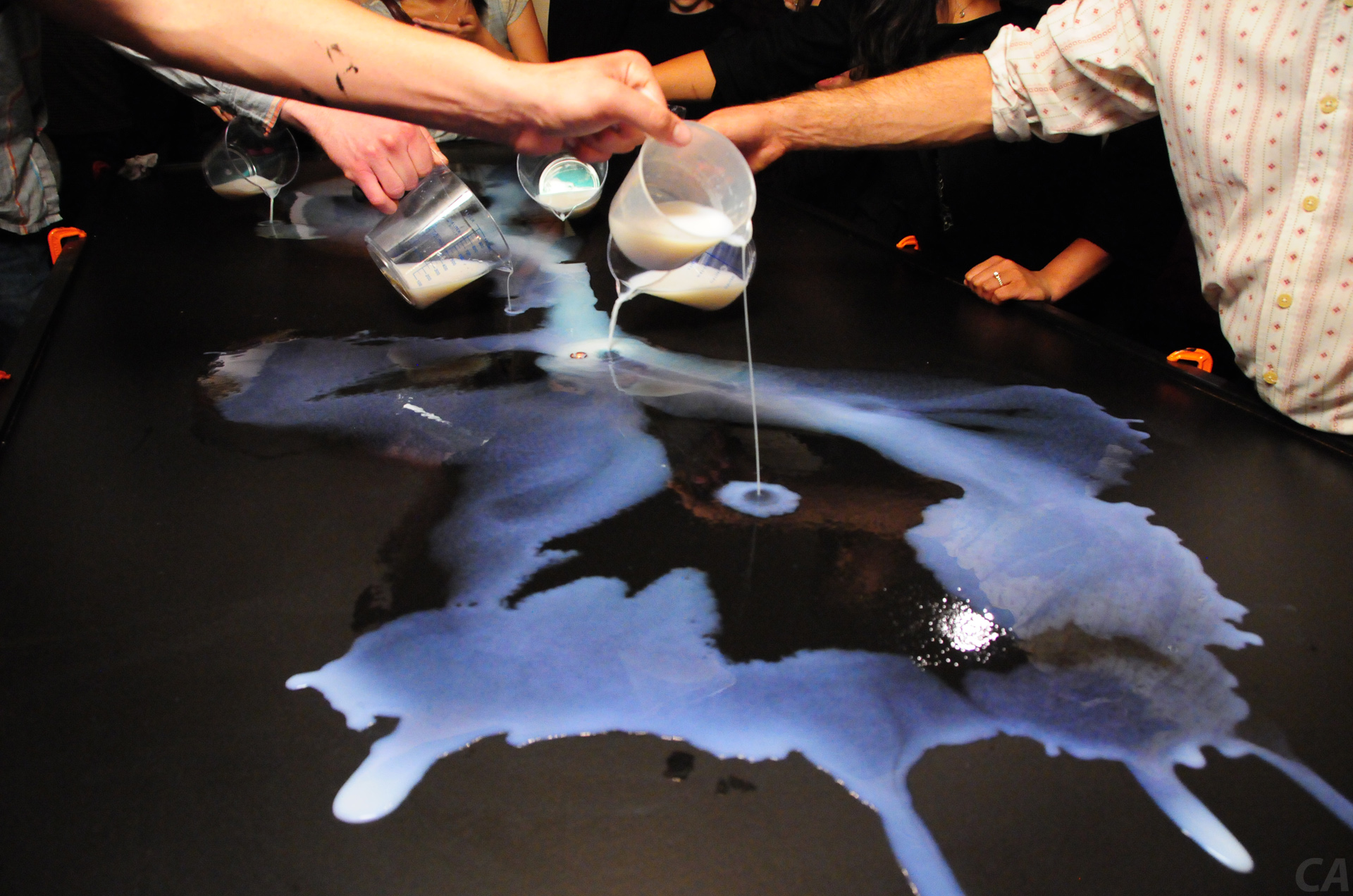 “I’m sure this will be intense,” artist Jesse Higman says when referring to the Illuvium painting performance he’ll do tonight during the Capitol Hill Blitz Arts Walk at Vermillion Gallery & Wine Bar. “These shows give me a lot of confidence as an artist.”

During a live demonstration equipped with macro and micro cameras, Higman will allow four to eight people to pour paint with him and feel the magnetic pull from not just the paint finding its way on the canvas, but between individuals doing something together.

While Higman’s artistic career dates back to the rock ‘n roll days when he was chumming with Shannon Hoon and designing album covers for various rock bands, it wasn’t until he undertook a sensory experiment that involved tying a bunch of rags to his wheelchair (so as to “not mess up my mom’s white walls in the condo,” he says chuckling) and navigating in complete darkness for days until a new painting technique came to him.

Well-versed in his ability to toy with gravity and visual perception, Higman pours diluted paint containing tiny mica flakes over a canvas that is weighed down in certain areas, creating valleys and hills. The end result resembles creatures of the deep sea, sensual orchids, and magnificent tidal waves.

Pushing back a misplaced strand of hair, it’s hard to believe Higman is 42 years-old. Just ask him about how his art involves relationship, both with people and with space, and he’ll light up like a teenager who had just found the best sci-fi novel.

“These paintings are about participation. My interests is in meeting with nature, doing the work to give it what it needs and then advancing, pushing and responding, asking the same from it. These physics are everywhere in the universe,” his artistic statement reads on a wall in Vermillion.

In-between sips of tea, Higman is all smiles about his event. “Tonight is about community and illuminating the things around us. If we conduct energy for 2-3 hours, I’ll be satisfied,” he says.