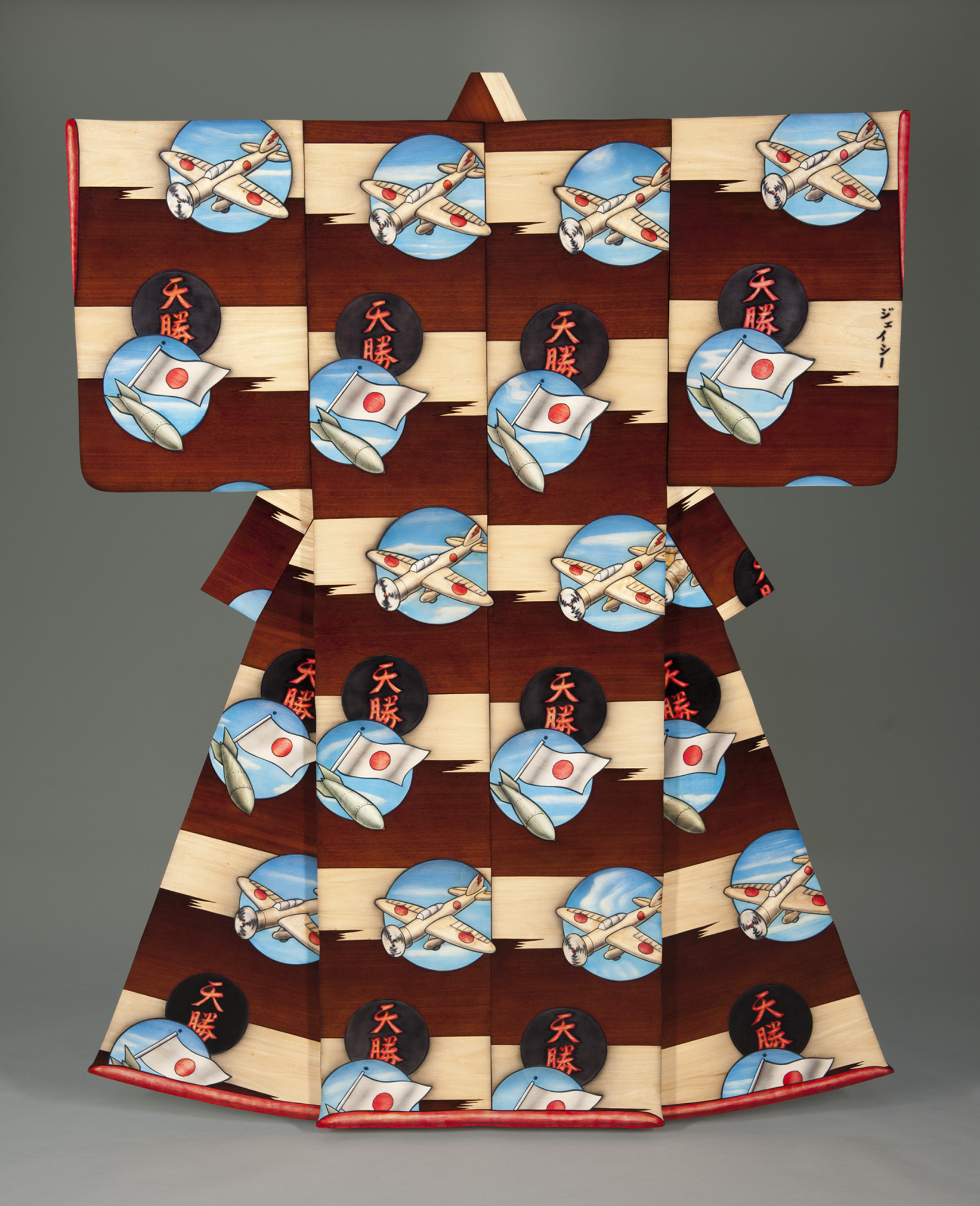 What good is a cabinet you can’t touch? That isn’t the question that the artwork of John Cederquist asks, but it was the question that returned to me again and again as I toured the current solo exhibition of the artist’s work at Bellevue Arts Museum.

The BAM refers to the California-based furniture maker as the master of deception who creates large cabinets disguised as colorful, wooden kosodes (short-sleeved kimonos) in his most recent, never before seen series, Heavenly Victory. Inspired by the propaganda printed on clothing worn by British, American and Japanese communities during the Asia-Pacific war, Cederquist cuts out planes, flags, bullets and peace symbols from Baltic birch plywood and assembles them like pieces from a puzzle in order to form one congruent picture.

Using pigmented epoxy resin and aniline dyes (a transparent-like dye that shows the grain of the wood beneath) to illustrate his figures, Cederquist tests perception. While some pieces appear as if they are jutting out, in reality, they are simple two-dimensional panels.

Despite Cederquist’s artistic spin on cabinetry, he doesn’t eliminate its functionality. Michael Monroe, the exhibit curator, unlatched the front panel during the docent preview of the exhibit, revealing art-adorned shelves and storage compartments. After much oohing and aahing over the intricate details (Cederquist penned more colorful figurines on miniature dresser drawers), the wooden panel was shut. Sorry folks, Monroe said, it’s going to be latched for the exhibit. Since many of the kosodes are yet to be sold, Cederquist requests his pieces remain in tip top shape—meaning no drawer pulling or touching.

So, unless you’ve got a key to the gallery for some afterhours perusing, seeing Cederquist’s jigsaw puzzle come to life will only be illustrated through a video running near his work. And as beautiful as his Andy Warhol-like pop art is, it’s the inside functionality that separates it from being just a painting and furniture art.