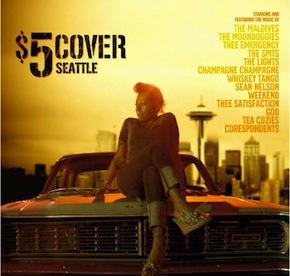 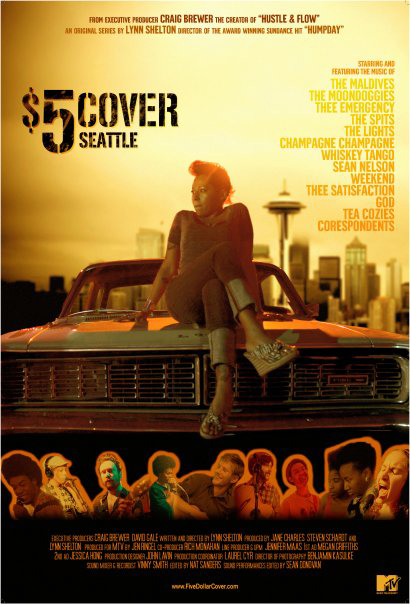 With the help of MTV, local filmmaker Lynn Shelton (of Humpday fame) has put together a twelve episode docudrama about the Seattle music scene, titled $5 Cover: Seattle. Featuring acts like the Moondoggies, THEESatisfaction, Champagne Champagne and The Maldives, the series dramatically documents the musicians’ daily lives, mixed in with practices and performances of their music.

I’ve only seen two episodes thus far (Moondoggies and THEESatisfaction). It offers a little – “Hey I know that place” – nostalgia, however, despite its low budget look, it definitely feels very produced. The films star the musicians, which as acting may not be in their skill set, a lot of the scenes feel very stilted, and the “live” performances, at least in the two I watched, felt painfully staged.

Shelton has said that this is her “love letter to Seattle.” With no insult to the musicians who took part, the series doesn’t really feel like any city. It’s more like when a movie is “set” in Seattle but only has the Space Needle in the background during the first scene. The name dropping of landmarks and using superimposed labels to identify neighborhoods feels like an attempt to tie it to Seattle’s music clout than get a feel for the city’s landscape.

You might want to give a few episodes, which are streaming free, a try, at least to enjoy the music.