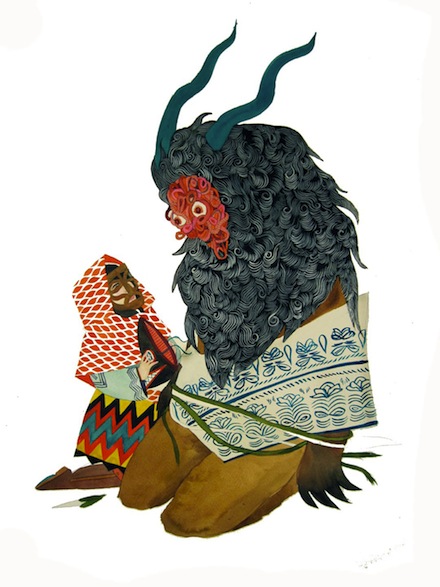 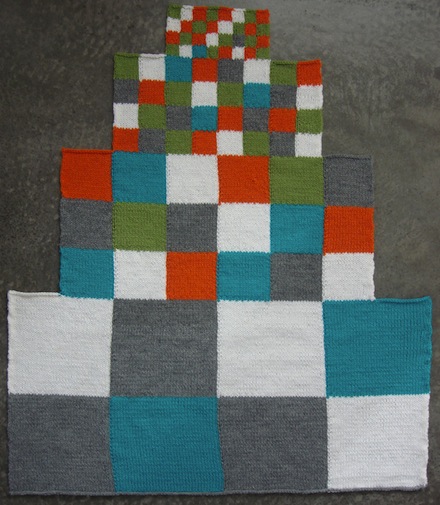 knit_art_history by Paul Komada / Gallery4Culture: Adapting to his new role as a stay-at-home parent after the birth of his child, artist Paul Komada traded in his paints for wool yarn and for the past 3 years has been knitting homages to Mondrian’s Broadway Boogie Woogie and Malevich’s Supremacist compositions. I love his solstice representations of the Mayan city Chichen Itza. This installation also includes a group of watercolors. 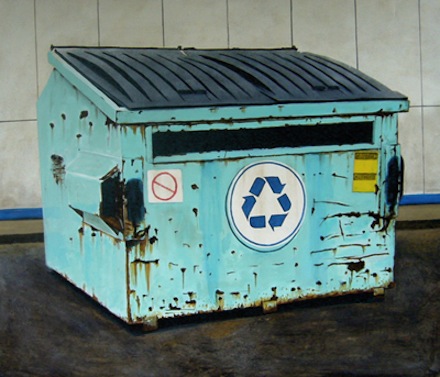 New Paintings by Rachel Maxi / G. Gibson Gallery: I love Rachel Maxi‘s paintings of garbage dumpsters, flowers, trucks and random locations. Her ability to elevate the mundane into the realm of beauty always amazes me and has made her an artist’s favorite for years. She manages to capture those moments where you get lost in the tension between shadow and light. Almost all new work except for a couple of previously mentioned dumpsters. 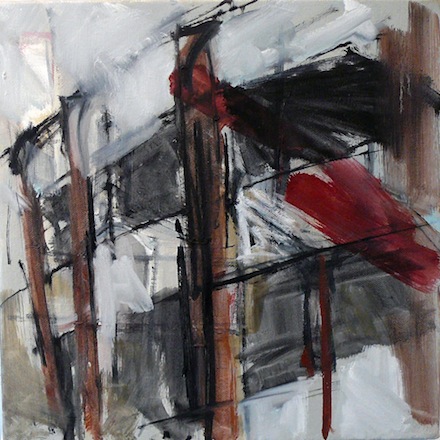 Marie Gagnon / The 619 Western Arts Building (4th Floor South): Marie Gagnon continues her documentation of the of the viaduct before its inevitable destruction. Come see her in the studio where she has both in-progress and completed paintings on display. Most of the works are close-cropped which obscures their identity and transforms the representational paintings into high contrast abstractions. 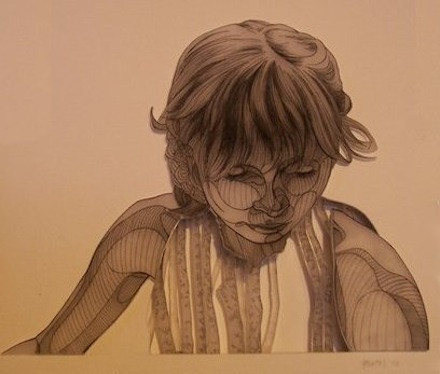 Shrinky Dink Invitational / Zeitgeist Coffee: Everyone has fond childhood memories of watching plastic magically shrink in the oven. Zeitgeist Coffee has capitalized on this nostalgia for nearly 7 years in the form of their amazing Shrinky Dink Invitational. These aren’t the plastic Smurfs and PacMan from yesteryear; these are serious pieces of art in the form of rings, sculptures and more. Starting at 6pm, you can bid on the 80+ pieces in an auction led by auctioneer favorite Laura Michalek. 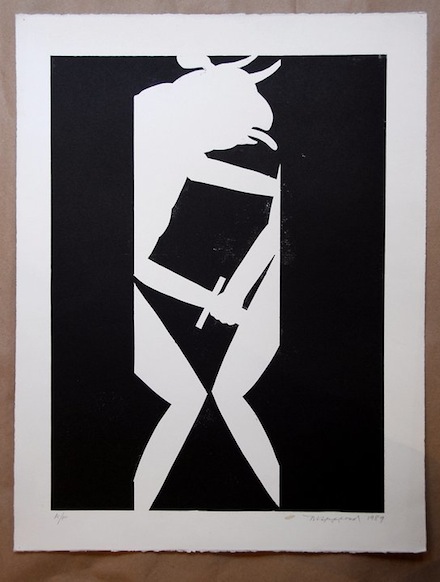 12 Labors of Hercules, 1989 by Michael Spafford

Bilocal Benefit Print Show / Tether Design Gallery: To benefit Bilocal Tether Design Gallery will be auctioning off 3 prints from Michael Spafford’s 12 Labors of Hercules series. I think this series by Spafford is some of the best art made in the Northwest. Auction ends at 9pm. 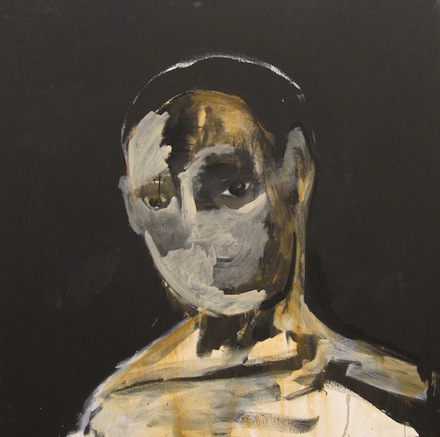 Noah Davis / James Harris Gallery: Noah Davis has a great show where, “The paintings stand in as narrator for forgotten or suppressed moments in history as told through a modern lens.” 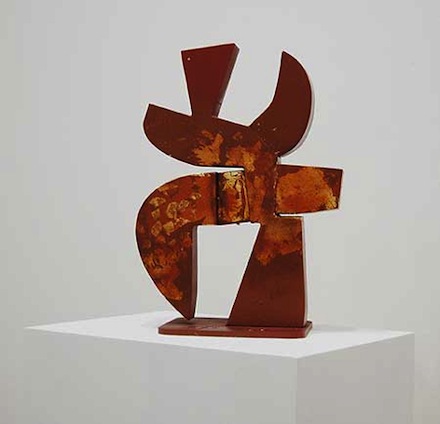 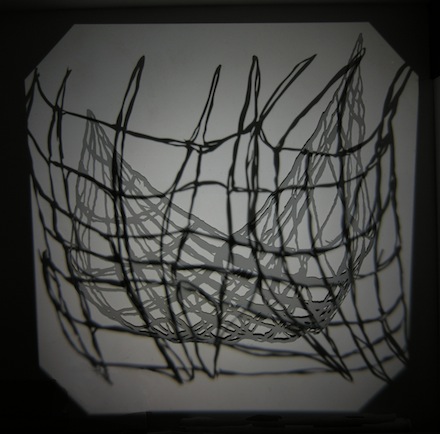 Re-admittance to Nature / SPACE: Artists E. Dughi and Allyce Wood collaborate on a show about nature. Show opens at 7pm and the performance begins at 8:30pm.

City Arts’ Best Of Walk Awards will be held at Vito’s on First Hill November 4 (8:30pm). Stop by to cast your vote for which finalist you think should take home $500. Guest judges are Betsey Brock, Communications and Outreach for Henry Art Gallery and Whitney Ford-Terry, Co-curator for Hedreen Gallery.