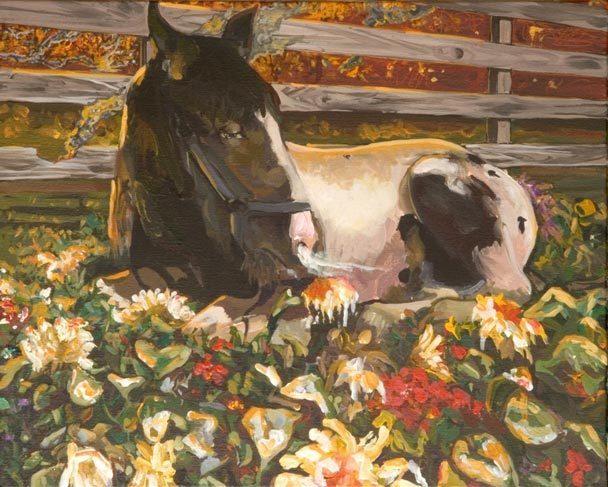 It has been one heckuva year for art here in Seattle. We’ve said goodbye to some beloved spaces, such as Howard House, Grey Gallery & Lounge (only temporarily, we’re promised) and Lawrimore Project’s beloved original location. And we gained some great new places like a permanent home for Ghost Gallery and the controversially-sized replacement gallery for Lawrimore Project (I love the intimate relationship it creates with the art). We saw comings and goings (Yoko Ott, new director at Open Satellite and Michael Darling of SAM, respectively), and got some fresh, new blood (Whitney Ford-Terry and Jessica Powers, co-curators of Hedreen Gallery).

But more than anything else, it was a fantastic year for art-making, and as we thought about wrapping up the year, we wanted to really celebrate that.

So we’re mixing things up a bit for the final Art Walk awards. Instead of two guest judges, I invited five local arts leaders to each select a favorite piece they saw during the past year by a local artist. Together, we came up with these six finalists: 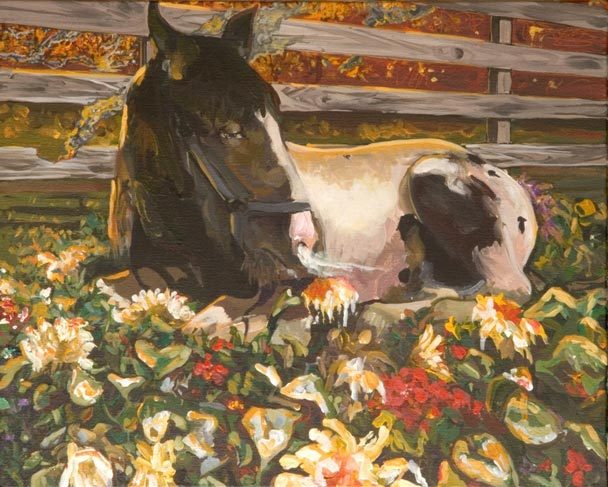 “The old horse whose ragged breath congests in a clotted stream is wrapped in the consolations of color, fall trees behind her and flowers at her feet. Blooms surge as she recedes. For all her weight, she’s drifting like a hair or a feather on a cloudy mixture of memory.” – Regina Hackett

(above) acrylic on canvas, 36 x 48 inches. Image courtesy of the artist. 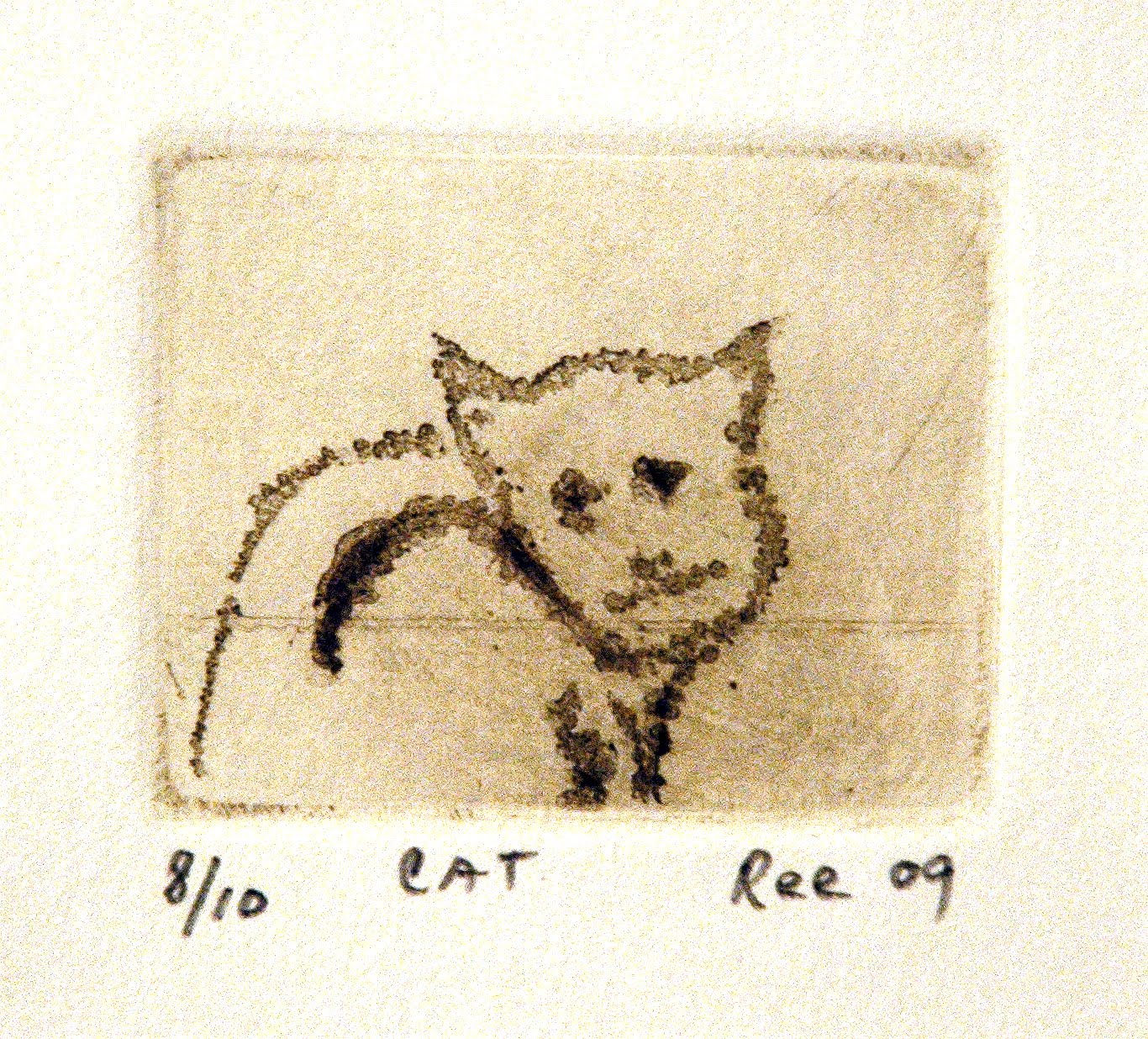 “At 84, Ree Brown is an inspiration to anyone who thinks they are not an artist, not good enough to measure, or can’t understand why the world is so dense. This piece simply epitomizes an emotion for me and came to fruition through a series of events which gives a strong sense of foundation – of how the world can help you carry your load; the essence of the practice of creativity – and how you just have to keep doing it.” -Diana Adams

(above) copper plate etching. Image courtesy of the artist 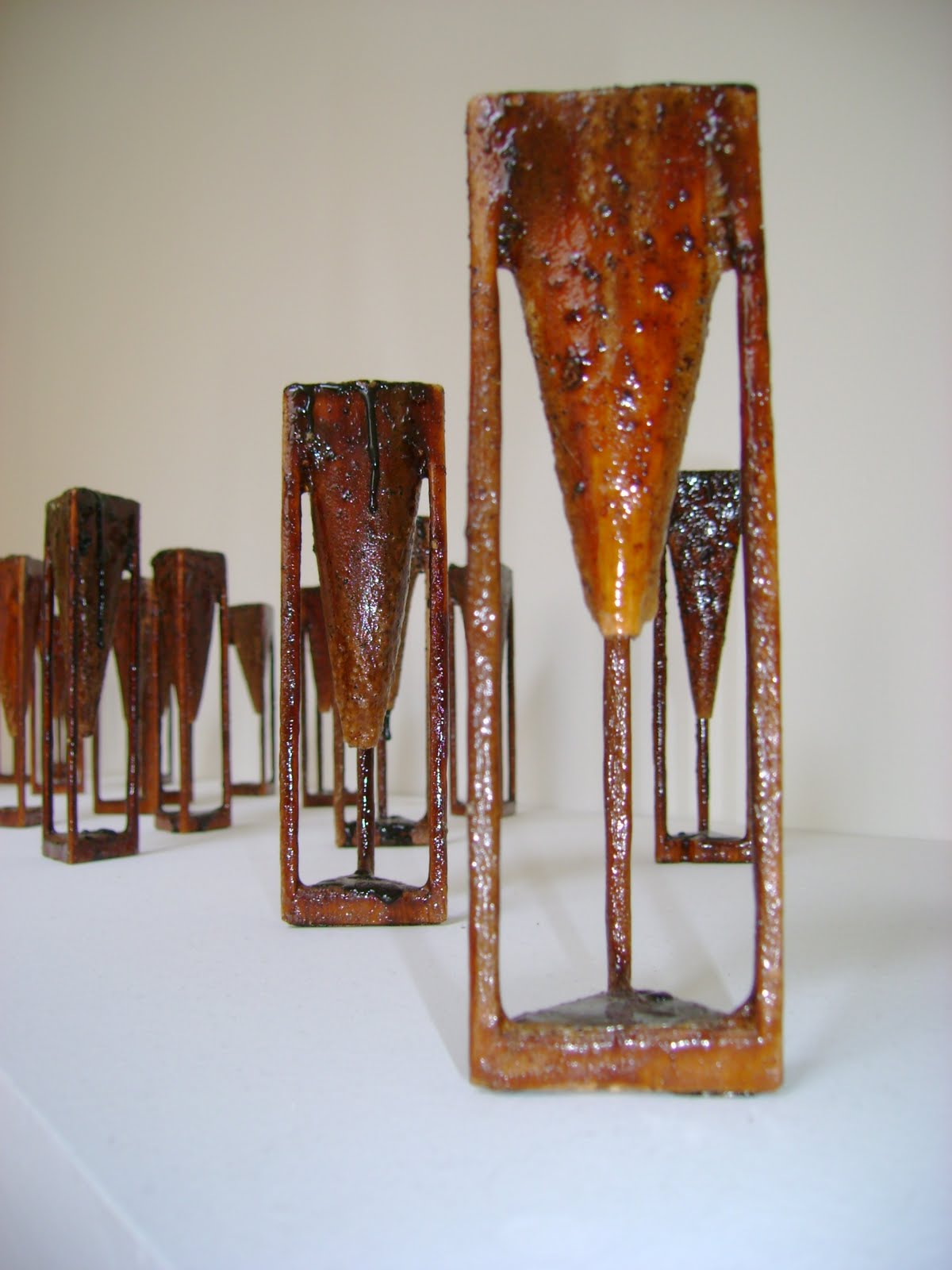 “It was a departure from most of the work we had seen up to that moment. Thirty-four funnel-shaped statuettes were painstakingly carved from solid pieces of fir, then filled to overflowing with pitch made from sap the artist gathered from pine trees throughout the Northwest. Inspired by The Pitch Drop Experiment—the longest continuously running scientific experiment in the world started in 1927 that is measuring the flow of seemingly solid substances—it was brilliant, expertly weaving together many threads. His use of narrative was as engaging as ever.

“Further consider how he placed the work in the gallery. Given free-reign of the super-sized exhibition space, the artist selected the area intended to function as the social space of the gallery, then proceeded to dramatically alter its characteristics: removing all its domestic features, erasing its color scheme, tearing down interior architectural elements, and tucking his work away in the corner on a hearth-cum-pedestal. This impressive co-option of space highlights the co-authorship inherent in exhibition practice; a gesture I was personally inspired by.” – Yoko Ott 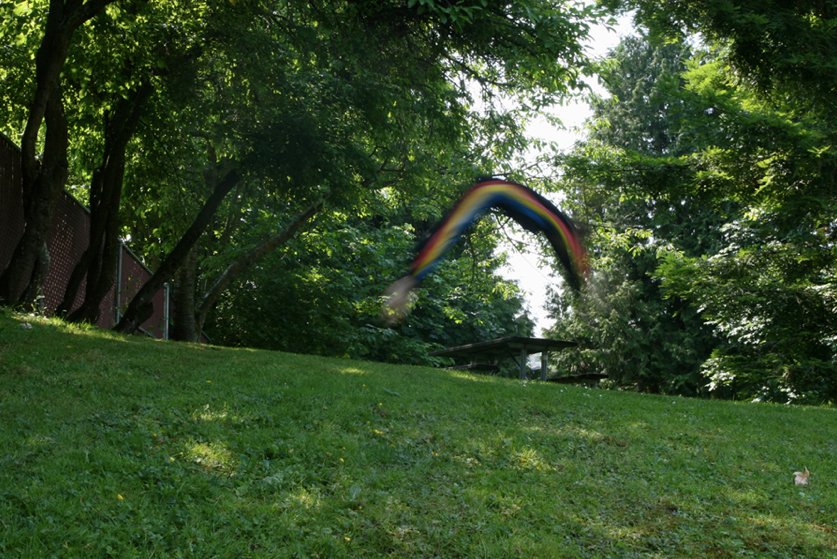 “More than any other show this year, I found myself thinking about Jennifer Campbell’s exhibition Point No Point at Gallery4Culture. It was full of work that appeared effortless, occupying the space between intellect, humor and accessibility. Selecting a favorite piece was nearly impossible but at the end of the day the transformation of person into rainbow won me over. Set against the emerald backdrop of the Northwest, it’s impossible for me to look at this photo and not smile.” -Joey Veltkamp 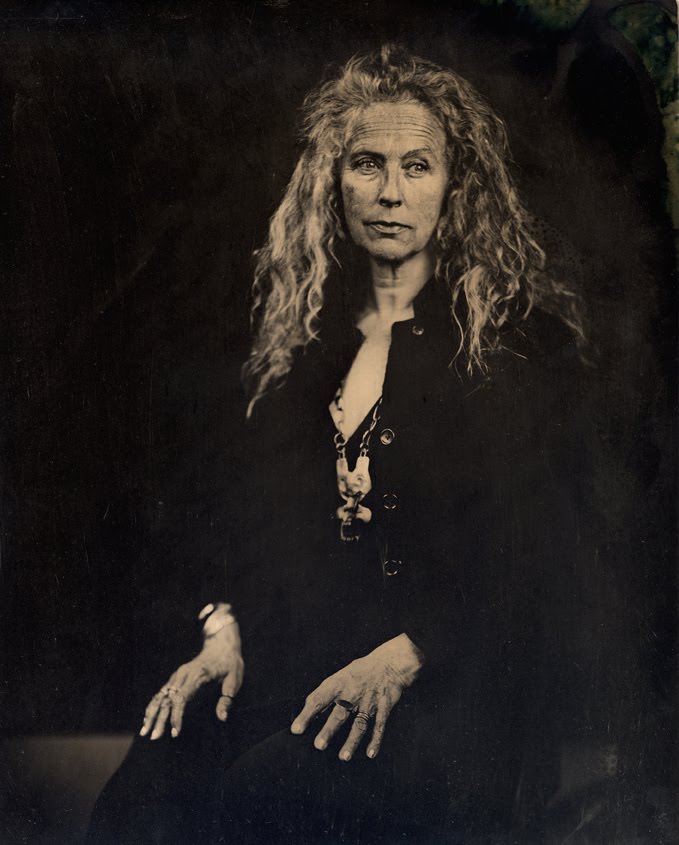 “I have been watching Dan’s “Wet Plate Collodion Seattle Artist Portrait” series grow and intensify for some time now and have loved particularly his touching portrait of the very glamorous Nola Avienne. A few weeks ago, he shot a very spontaneous portrait of Kiki Smith that was just astonishing to me. I watched the portrait of Kiki being set up, didn’t want to be there when the photo was taken, but was amazed by the beauty and truth of it once done. Kiki has been photographed by some of the best in the business including Nan Goldin, Chuck Close and, even, herself. This is as good as any of them.” -Greg Kucera 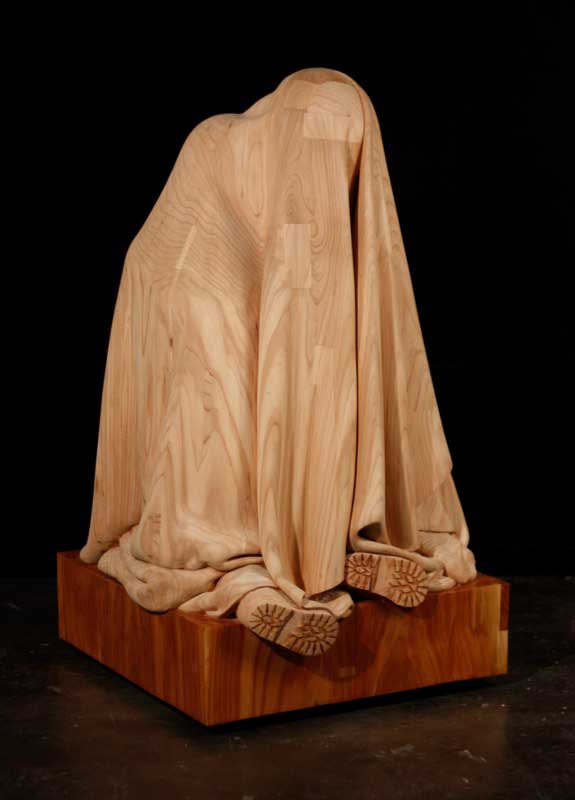 “…the draping and obfuscating is…carved…making it impossible to remove the covering and see what’s going on underneath. The reason for this was simply to highlight the idea that if there is a meaning to any work of art, it is a thing that must be inferred by the participation of the viewer. We are given the exteriors of objects to look at, and must glean with sensitivity and intelligence the interiors that they allude to. As Oscar Wilde said, ‘It’s only shallow people who do not judge by appearances. The mystery of the world is the visible, not the invisible.’” -Dan Webb

After art-walking on 1st Thursday (Dec 2), please join us at Sole Repair on Capitol Hill at 8:30. There you can cast your vote. The artist who receives the most votes will win $1,000!  Also enjoy complimentary food and drink, live painting and music by DJ Tigerbeat.

The event is 21+ only and you must RSVP to attend.