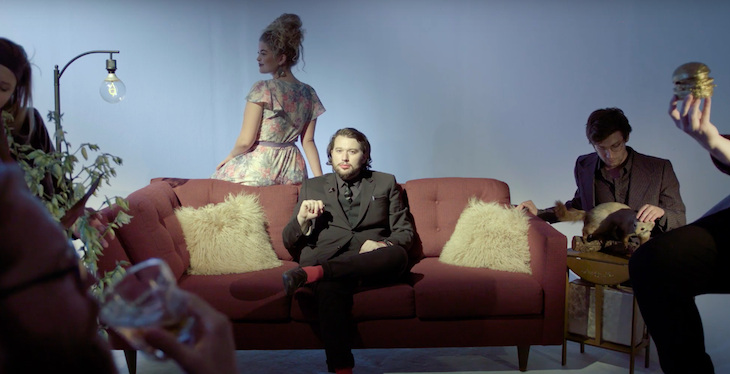 Anyone with more than a passing interest in Seattle music must recognize the city’s increasing contributions to the realm of funk and soul. The fact is these styles have long flourished here, either relegated to their own neighborhoods and venues back in the day or, more recently, obscured by the long shadow of grunge music. But even a cursory look beneath the city’s surface reveals a thriving soul-music culture populated by talented, outspoken artists and comprising a wide swath of sounds and styles.

Among those artists is Black Giraffe, whom we first surfaced back in January of 2015 with their early single “Right Back.” Lead by brothers Andy and Don Ayers, the band has steadily evolved since then, arriving at a form of polished, propulsive soul-pop that slots alongside local confederates like Pickwick, Allen Stone and Breaks & Swells and, in the larger landscape, Foster the People. These bands might take cues from soul fundamentals but have found more rock- or pop-oriented roads to travel, abetted by roaring guitars or tinny synths. The latest from Black Giraffe, “Little Black Dress,” suggests that these guys are right now ready for prime time. They have a knack for instant anthems and, as made clear in the video for “Little Black Dress,” which we’re stoked to premiere today, appreciate a pinch of weird.

“Our protagonists are male and female avatars of pure self-obsession, spending every second of a night out making love to the mirror,” says Andy Ayers, describing the video. “They swing by a small soiree that may be populated entirely by solipsists because no one seems to acknowledge anyone else in the room—the regal queen, the whiskey connoisseur, the artist, the dancer, the mongoose aficionado. All are deep in their own worlds. It’s a Fellini party-scene music video.”

Indeed. Directed by John Theroux, the video was shot at the high-rise restaurant MBar and features cameos by several Seattle musicians and visual artists. A close reading of the song reveals a meaningful pairing with the video. “‘Little Black Dress’ is the iconic image of Audrey Hepburn in Breakfast at Tiffany’s, a perfect package of a person flawless and simply presented, the ideal self we attempt to project to the world,” Ayers says. “It’s a song about self-obsession and the mental breakdown that usually comes along with the high expectations inherent in narcissism. As Black Giraffe I like to take a surface-level of fun, energetic pop and explore levels of nuance underneath. I was excited by the prospect of doing the same thing visually.”