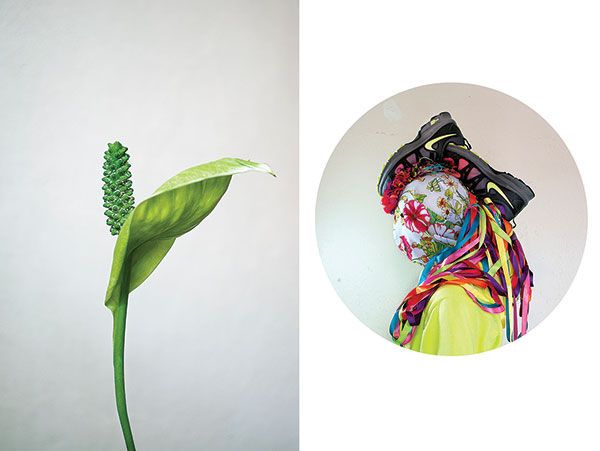 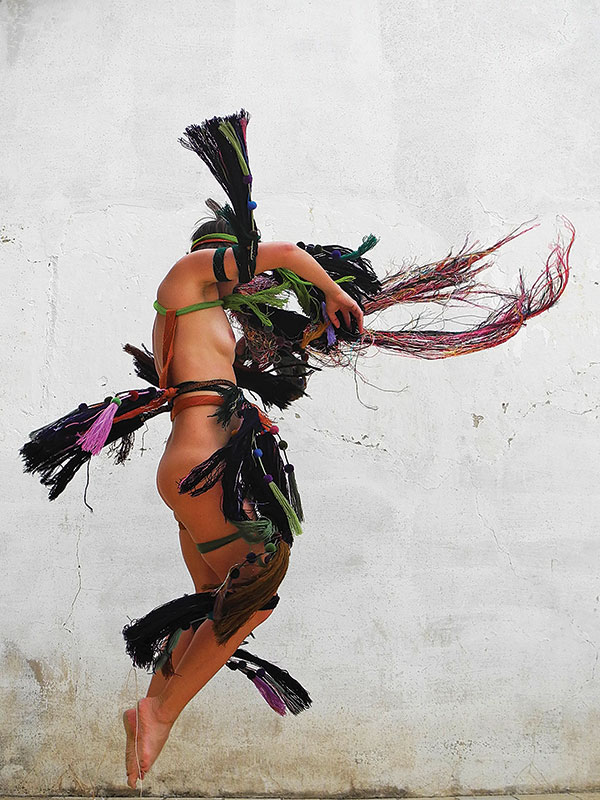 Sponsored by the Mexican Consulate, the first-ever MexAm Festival spreads contemporary Mexican art and culture across The City.

Sometimes activism is as easy as having dinner. These are fraught times; you need no reminder of this fact. But often we do need to remind ourselves that, given the ever-present political charge in the atmosphere, a simple act of sharing, carried out with intention, can be a powerful statement. Facing the threat of ever-widening division—between Americans and between America and the rest of the world—cross-cultural exchange holds both symbolic and practical significance, and it’s more important than ever.

This month, the Mexican Consulate in Seattle—an office of the Mexican Embassy—hosts the first-ever MexAm Festival, a full week of cultural and industry-oriented events that includes concerts, lectures, workshops, dinners, wine and coffee tastings, a film screening, an exhibition of contemporary Mexican photography and more. It’s the brainchild of Moises Himmelfarb, Mexico’s cultural attaché to Seattle who landed in the city 18 months ago.

With his tailored suit, bright blue eyes and neatly trimmed beard, Himmelfarb, 30, looks the part of the dashing diplomat, but he’s no line-toeing functionary. He came to government work relatively recently, after years spent as a dancer, choreographer and arts administrator. Born in Mexico City to Jewish parents, he began dancing at 12 years old, trained at Delfos Contemporary Dance and the Mazatlán Professional School of Contemporary Dance under renowned Mexican choreographer Claudia Lavista, and turned pro at 18. His work as a dancer, set designer and choreographer took him from Mexico to Israel, Chile and the U.S.

He visited Seattle several times for personal reasons and was well aware of the city’s ever-fertile arts scene. Through mutual contacts in the art world, he met Roberto Dondisch-Glowinski, consul minister of the Seattle office, and angled to open the Consulate’s first cultural attaché department.

“This opportunity to have a cultural section is new, and it has blossomed because it’s fertile ground. I feel Seattle was ready for it,” Himmelfarb says in elegantly accented English. “And it’s because of the city and its people that I’ve been able to do so much with the department.”

Early in his tenure, which began about a year ago, he coordinated a group show of contemporary Mexican artists at SOIL Gallery; he also maintains a monthly newsletter about Mexican cultural news and activities around Washington State. But MexAm, which is modeled after similar events in San Francisco and Washington, D.C. but tailored for the Seattle community, is Himmelfarb’s baby. Events will span the city, from Pioneer Square to Ballard, both free to the public and ticketed, featuring both fine art and pop culture. Mexico’s Secretariat of Foreign Affairs is providing the bulk of the funding and Himmelfarb secured additional sponsorship from major Northwest corporations such as Alaska Airlines, Amazon and PACCAR. Himmelfarb’s goal is to highlight specifically contemporary Mexican culture—the new, the youthful, the globally aware—in order to emphasize the common threads between his home country and his adopted city.

“When you talk about cultural exchange and the results it produces, you can’t put numbers into it. I can’t show a concert by a band and say, ‘100 people changed their mind about this political issue,’” he says. “But I’m certain that it’s completely worth the effort and the investment because [culture] is engraved into the deeper brains of people. This is about emotions. This is about the heart of relationships. It’s nurturing. And this is, I think, something that everyone should be focusing on, on supporting cultural events and making those a part of the agenda.”

The creative community in the U.S. grows mostly from hustle and ideas; because federal funding for the arts is limited, working artists are accustomed to fighting for every penny. Until the global financial crisis of the late ’00s, the federal government of Mexico had historically been generous to public arts funding; less so since. That it’s now so visibly supporting a cultural festival—albeit one that also includes a two-day business-development component—is significant.

“We’ve gotten to a place of privileging grassroots efforts over institutional efforts, privileging information from peers over information from a media outlet or other authority,” says Michelle Dunn Marsh, the executive director of Photographic Center Northwest who’s speaking on a panel about documentary film The Mexican Suitcase as part of MexAm. “This is a case where it’s important to know that the authority is providing information that you otherwise wouldn’t have access to.” 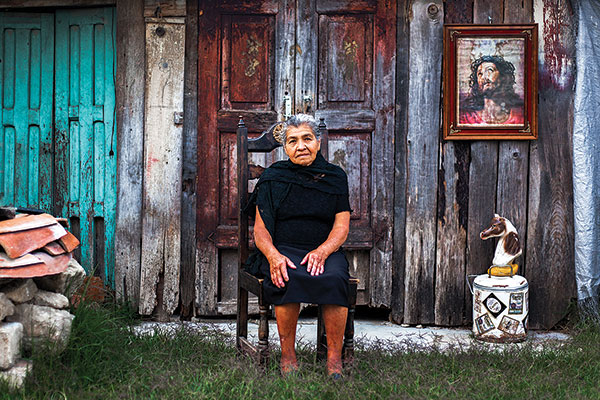 Marsh says the story of The Mexican Suitcase touches on world history, the history of photography, and a shared history between American and Mexican artists that few laypeople are aware of. Directed by Trisha Ziff, who will also appear on the post-screening panel, The Mexican Suitcase tells the story of 4,500 photo negatives depicting scenes of the Spanish Civil War, shot by groundbreaking Hungarian photographer Robert Capa and his romantic partner, Gerda Taro, that disappeared from France in the late 1930s. The photos, some of the first examples of embedded photojournalism, turned up in an old suitcase in Mexico City in 2007.

“For us at Photo Center Northwest, it’s perfect timing because our fall exhibition is Notions of Home, and the Spanish Civil War was this brief but idealistic moment in time between the World Wars where there was this great effort to stand up to fascism,” Marsh says. “It was a war of the people. Looking at the current state of the United States, it’s incredibly timely.”

Along with the film, an exhibition of contemporary Mexican photographers, predominantly from the state of Chiapas, will be on display at Seattle City Hall through Sept. 18. After that, Indomitable, as the group show is titled, will move to Seattle-Tacoma International Airport, where it’ll stay until the end of the year. These photos, curated by the Mexican Consulate in New York City, are sumptuous in their color contrast and nuanced in their subject matter. They reveal contemporary Mexican culture as indebted but not beholden to its past; they suggest that a deep appreciation of cultural history goes hand-in-hand with innovation.

The same could be said of the music of Las Cafeteras, the East Los Angeles-based band that plays Nectar Lounge as part of MexAm. Comprising six Chicano members and blending American hip-hop, rock and pop with Mexican folk and son jarocho styles, Las Cafeteras is a world-touring, progressive-minded, party-starting ensemble with a history of packed shows in Seattle.

“Right now America is seeing itself and having an identity crisis,” says Daniel French, lead singer and lyricist for Las Cafeteras. “This is an important time for folks to gather and say, ‘This is who we are and where we come from and we’re gonna celebrate that.’ It’s not a protest, it’s a celebration. The best kind of political party—the kind where people are dancing.”

French says that their shows are inclusive, uplifting celebrations and Las Cafeteras think of themselves as modern troubadours, traveling the world, hearing stories and sharing their own. Shit, he says, is going down all over.

“As we’ve played shows and festivals that’ve been gathering places for joy and building bridges, that’s only reminded us of the importance of coming together, as we hear stories of division and displacement and violence. There’s a lot of on-the-edge-ness out there right now. It’s there—and then all of a sudden you’re dancing with people and life is good.”

From the world of formal modern dance, Himmelfarb’s former teacher Claudia Lavista, currently one of the most respected choreographers in Mexico, will be one of 15 speakers taking part in a daylong series of short lectures and panels at Impact Hub in Pioneer Square. “Extraordinary Women” highlights the contributions of modern Mexican and Mexican American women to global culture. “MEX + AM = ARTe” focuses on connections between the two nations through art. “Americans in Mexico” explores the work of American expatriates in Mexico.

“I’m gonna talk about what it means to be a woman and an artist and a dancer in this country, and have a family and direct a school,” Lavista says by phone from Mazatlán. “It’s a lot of work, and in our country with the machismo it’s a huge issue. But the leadership in contemporary dance has been a force of women.” That the festival includes a specific, female-focused discussion speaks highly of the intentions of the consulate, Lavista says. And she points out that Mazatlán and Seattle are sister cities. Who knew? She hopes MexAm reinforces the relationship and signals continued exchange in arts and ideas. “It’s the right moment to talk loud and be heard,” she says.

Back when he first started at the Consulate, Himmelfarb found a quick collaborator in Will Myers, aka DJ Chilly of KEXP’s Latin-focused “El Sonido” show. Myers has been advising on MexAm in an unofficial capacity ever since. Though he’s not Latino himself, he’s attuned to the Latino community here in Seattle and around the world. Just as Himmelfarb assessed, he believes the time is right for an event like MexAm to bring mainstream Seattle together under a banner of cultural appreciation.

Pointing out the city’s ongoing population boom, Myers explains that Seattle today is a drastically different place than it was just five years ago. New people bring a new opportunity to forge connections between communities and tell a new story about ourselves, one that’s more inclusive, more honest and more hopeful. “Mexican culture is part of American culture,” he says. “These are our neighbors—not just to the south but next door. That’s one reason why America is amazing—the fusion of different arts and cultures and people and languages. The more we know about each other and the more things we try, the better.”

The MexAm Festival runs Sept. 10–17. For the full schedule of events, visit MexAmNW.com.