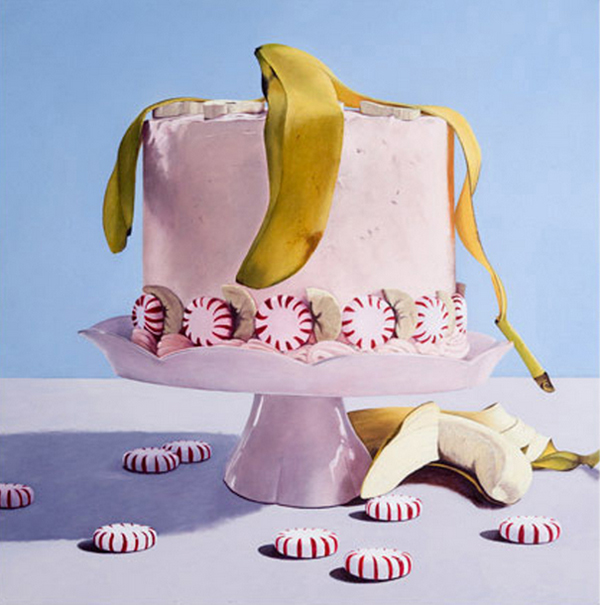 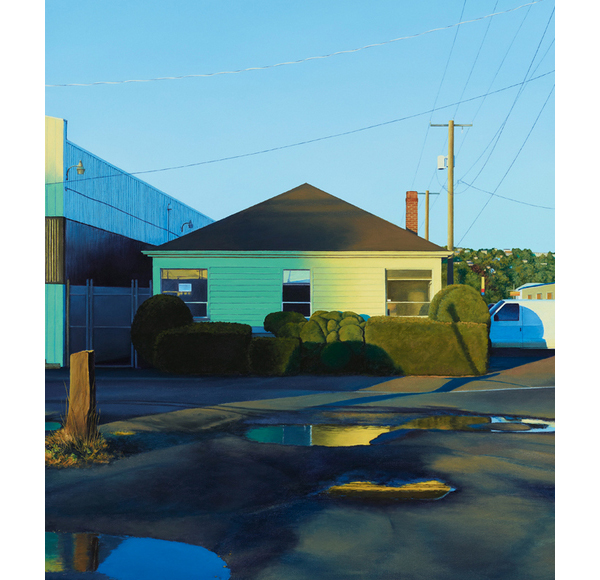 In her Pioneer Square gallery, Linda Hodges consistently shows work that turns the mundane miraculous: a slant of warm light across a the floor, a ribbon of highway dissolving perfectly and wistfully into the horizon, or a roadside motel, sun-bleached as old bones, with the gravitas of a crumbling cathedral.

That’s precisely the vibe Terry Leness offers in her paintings currently on view at the gallery, images of middle-class houses, mid-century roadside motels and vintage campers. Conspicuously, each scene lacks any trace of human figures. The absence is seductive as it is ominous; bubbling just below the sedative, lucid color on a sun-kissed suburban rambler is the suggestion of something sad and sinister. The uncanny rendering of color and photorealistic detail demands a second look.

With impossible delicacy, often compressed into a fraction of a square inch of canvas, Leness renders woodgrain on a section of plywood or plumes of brown pampas grass feathering against the crumbled edge of a carport. The reflective gloss of an Airstream looks like quicksilver swirling. Thread-thin powerlines carve the flattest blue sky. The crispness of shadows vibrates with traces of cyan, turquoise and emerald. In scenes where trashed couches litter the curb and potholes pock the streets, even the shittiest suburban sprawl is rendered postcard-perfect, a wasteland of architectural monoliths made to contain the faded luster of modern life.

Although they aren’t on view in this show, Leness also paints “autobiographical” cakes, each harkening to a real cake in her past, each with a pathetic twist. One robust slice of cake is slathered in chocolate frosting plated on a heap of spaghetti and meatballs (titled No Need to Dirty Another Plate). A clumsy, last-minute Sweet Sixteen layer cake is decorated with peppermint candies and sliced banana stuck around the edge. A peel is draped over the top. Like her paintings of deserted homes, the pastries revel in a droll gloom.

Mary Iverson’s You and Me in the Aftermath at G. Gibson offers another bittersweet twist on the modern landscape, with Iverson’s sunken cities drowning in detritus, her craggy Yosemite valleys transformed to parking lots cluttered with the hulls of beached ships, or glaciers stuck thick as a pin cushion with a thousand arrows marking innumerable points of fissure. Criss-crossing each image are diaphanous, three-dimensional grids that fan in all directions. The invasive lacework intersects at points, creating webbed scaffolding that supports dozens of eerily, cheerfully bright shipping containers hurling through the air and tumbling into sea. 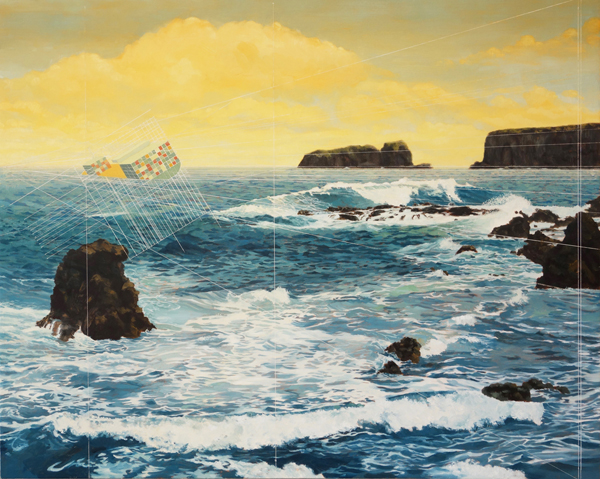 Even the most picturesque nooks in the world, like an isolated, rocky point on the island of Maui, don’t escape Iverson’s catastrophic vision. She came across the landscape recently during her travels, marred only by an old 19th-century church and a teacup-sized village perched peacefully on the edge of oblivion. Delivering goods to this village via road or sea is so treacherous, it must be the last place in the world to be invaded by material. Yet in the distance, the imaginary cargo ship tips into the sun-soaked froth of the ocean, dumping two blocs of shipping containers into the sea, along with their tons of toys, electronics, automobiles and garbage.