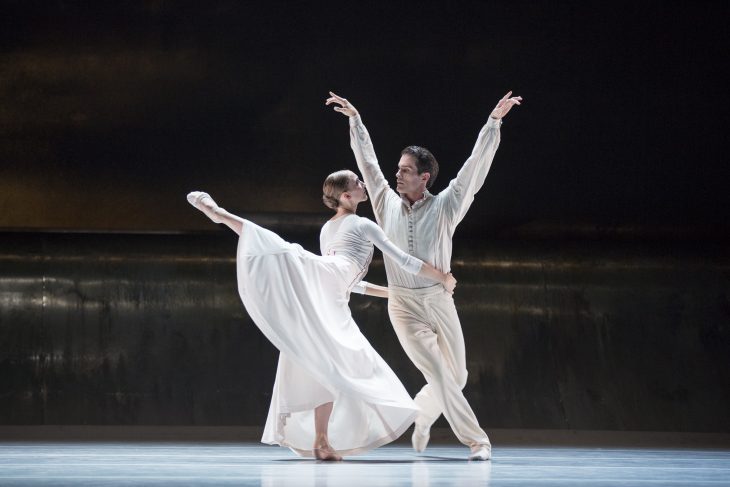 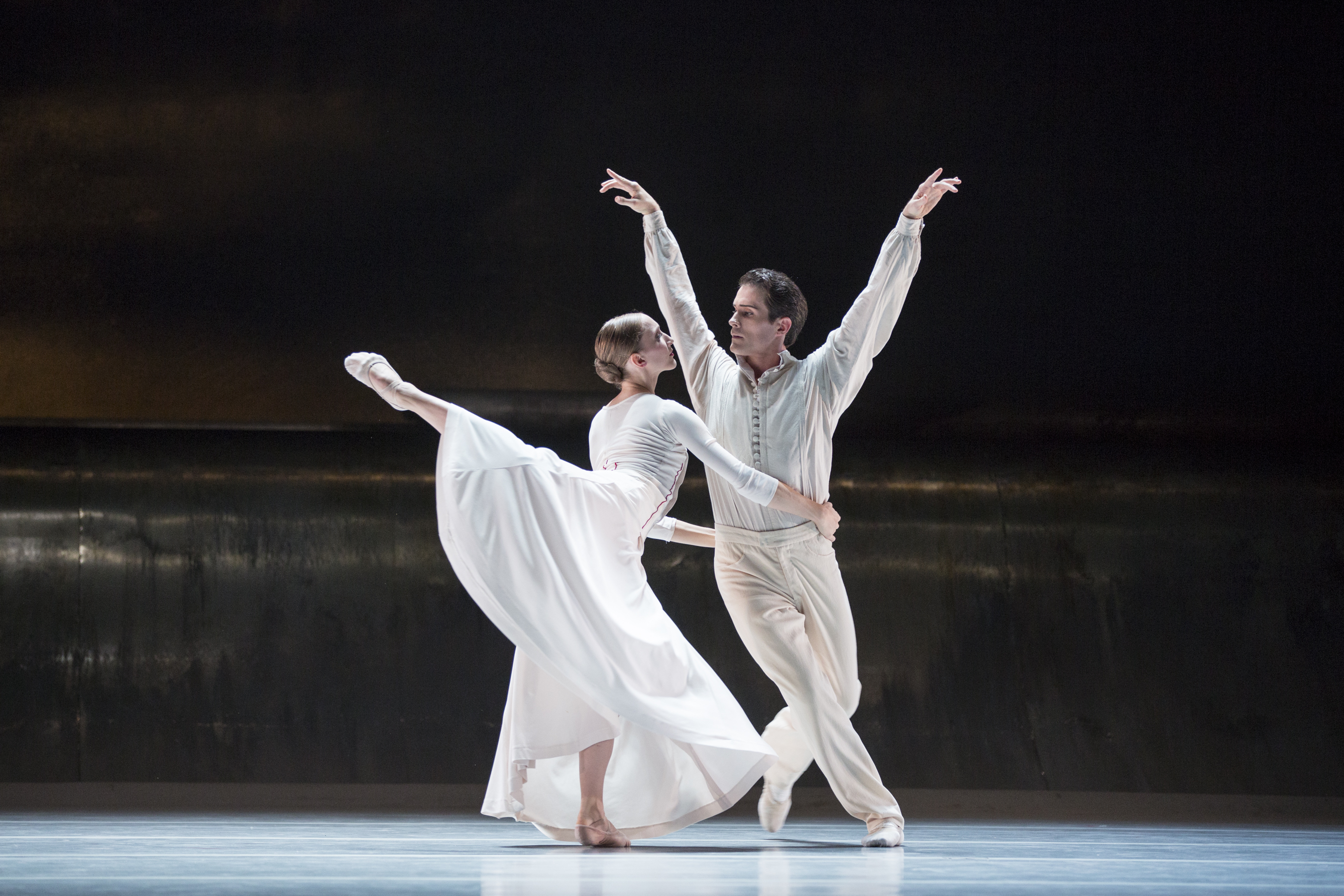 If you’re not into The Nutcracker and find storybook ballets a snooze, chances are you don’t pay a lot of attention to Pacific Northwest Ballet. While the company specializes in producing at least two large, narrative ballets each season, it’s also adding more and more modern pieces to its repertory. Shows like Brief Fling, running now at McCaw Hall, offer a solid selection of more contemporary styles that highlights the company’s range of skills.

Kicking off the evening is Twyla Tharp’s “Brief Fling,” a forceful 1990 piece that was Mikhail Baryshnikov’s last commission from Tharp during his time as artistic director of American Ballet Theatre. Riffing off the traditional Scottish Highland Fling, Tharp’s work presents groups of tartan-clad dancers representing various clans based on color (blue, red, brown, white) and costume style. The groups face off, with the rambunctious green clan—led by Leta Biasucci and Jonathan Porretta, whose aggressive solo is a standout—performing in a looser, less traditional style. While the other “clans” embrace a more balletic front, the green group’s choreography is edged with youthful, propulsive wildness. As the primary duo, Noelani Pantastico and Seth Orza emanate pomp and playfulness; his grace and strength were on full display as he threw himself into each jump and leap. As the piece progresses, the clans weave in and out of one another, their styles clashing and combining to create a dynamic patchwork effect.

While PNB has presented “Brief Fling” before, this run marks the first-ever time the piece has been performed to live music. Composed by Michel Colombier and Percy Grainger, the mix of English folk song and military tattoo is striking, and the live orchestra imbues the choreography with vibrant energy.

From pomp and circumstance to chilling emotion, the program takes a turn with Jiří Kylián’s “Forgotten Land,” a 35-year-old piece inspired by a painting of women on a beach from Norwegian Expressionist Edvard Munch. Set to Benjamin Britten’s dark, soulful score, Kylián’s choreography for 12 dancers is performed against a moody backdrop featuring a scene of pale fields and ominous, roiling clouds. The dancers—the men in long pants and old-fashioned buttoned up shirts, the women in long, floor-length dresses that whip and twirl with each kick—embody mournful spirits. They wrap themselves around each other in slow pas de deux, limbs reaching, floating, stretching. Backs curl, arms float in gentle curves, a graceful undertone of ballet softening the modern work. Despite its age, the piece remains relatable. Perhaps it’s the intense social and political climate of the country right now, or the universal experience of human despair, but “Forgotten Land” tugs at the existential with some of the most impressive and skilled dancing from the company this year.

Closing the night is George Balanchine’s “Stravinsky Violin Concerto,” a wonderfully vibrant piece that makes use of the entire stage with up to 25 dancers. Clad in black and white against a bright blue background, the dancers’ movement highlights the athleticism and humor of Balanchine’s choreography—a light-hearted lift after the heavy Kylián. Flexibility is key in this piece, which calls for intense backbends and complicated lifts. Its beautiful ending leaves an air of mystery as a female dancer leans back against her partner’s chest, her arms flung back as he reaches around and gently covers her eyes. Is he shielding her from something? Is he about to reveal a surprise? It’s either a gesture filled with potential and wrought with meaning or a simple sendoff into the night.