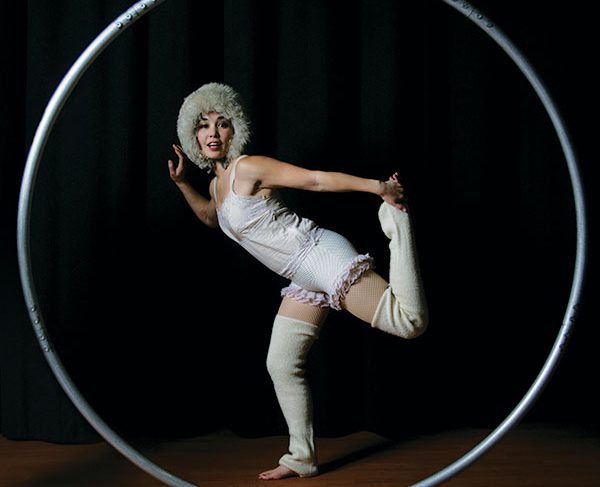 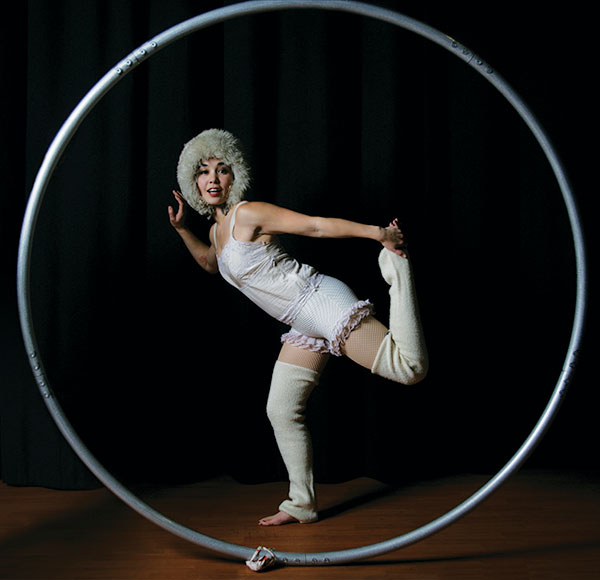 Six days a week, Joselynn Tokashiki Engstrom can be found training at the School of Acrobatics & New Circus Arts in Georgetown—often hanging from a trapeze.

“I’ve never done anything that takes so much strength and concentration,” she says.

About 14 months ago, Engstrom and her artistic partner Terry Crane founded the Acrobatic Conundrum, a circus troupe that creates accessible, narrative shows that mix acrobatics, dance and theatre. From the beginning, she says, “We wanted to tell a story, we didn’t want it to be plug-and-play vaudeville.”

Acrobatic Conundrum has since mounted three successful shows, as well as a shorter piece at the Lo-Fi Arts Festival. This month they rep Seattle’s formidable circus community as one of three headliners at the first-ever Chicago Contemporary Circus Festival, a gathering of circus and cabaret performers from around the world. Acrobatic Conundrum will perform its eight-person show The Way Out, a story about a group of strangers stuck in a bunker with no exit.

Engstrom is both a performer with Acrobatic Conundrum and its managing director. (“I’m good at wrangling carnies,” she laughs.) She also juggles a host of other roles—like working with local clothing designer Wai-Ching, marketing for Café Nordo and singing with Sari Breznau’s Old Lady Choir.

Eight years ago, serendipity led Engstrom to the circus, first in Bellingham and then in Seattle. She volunteered with Circus Contraption and the Moisture Festival before getting involved with SANCA, where she decided to learn the trapeze. After training for six years, she finally made her performance debut in last summer’s premiere of The Way Out.

“Everything completely disappeared,” she says of the experience. “I was up there—and it was just me and my hands.”