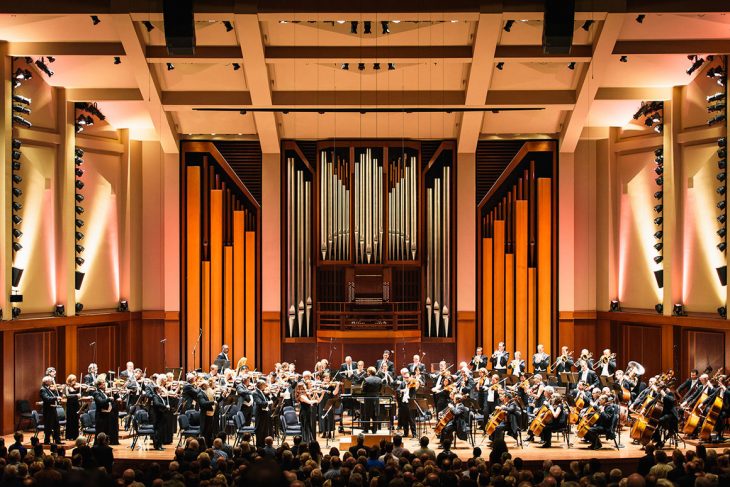 Welcome to City Arts, where we’ll help nurture and celebrate the creative spirit in everyone with plenty of opportunities to engage in arts and culture that inspire and inform with our very own curated list of the best happenings in Seattle.

There are plenty of reasons to highlight performing arts in Seattle. The city is home to a number of long and well-established arts institutions, including the Seattle Symphony, Pacific Northwest Ballet, Seattle Rep, and Seattle Opera. With a rich and diverse cultural landscape, Seattle’s performing arts scene is exceptional. From its world-renowned orchestra and numerous theater companies to a multitude of venues featuring up-and-coming young artists, Seattle has something to offer everyone who loves the arts. You can count on something new happening in the arts and music scene, so if you’re looking for an adventure, Seattle is the place to be. What’s more, Seattle’s performing arts scene is constantly evolving. New venues are opening and established venues are always expanding their world class programming.

So, if you’re a classical music lover, you’ll want to check out Benaroya Hall S. Mark Taper Auditorium and Meany Hall. These captivating venues feature an incredible performance space, as well as top-notch amenities and if you’re looking for state of the art experience look no further than Climate Pledge Arena.

The best places to experience theater in Seattle

There is always something happening in the Seattle theater scene and January is no exception! This month for starters, check out Anastasia at the Paramount Theatre and The Minimalists – Love People Use Things Tour at the Neptune Theatre. The Anastasia musical is based on the animated film of the same name and tells the story of a young woman who is looking to discover her past and finds out she is a lost Romanov, the daughter of the last czar of Russia. The Minimalists – Love People Use Things Tour is a must-see for anyone who is interested in simplifying their life, learning how to live with less, or just wants to be inspired by some amazing stories.

Anastasia at The Paramount Theatre

The Minimalists – Love People Use Things Tour at The Neptune Theatre

The resurgence of the arts in Seattle

The art scene in Seattle is constantly changing and evolving, so there is always something new to see and experience. Museums like Frye Art Museum showcase exhibitions such as the Recent Acquisitions in Contemporary Art, while the Seattle Art Museum and the Tacoma Art Museum are two of the best art museums in the country. The Seattle Art Dealers Association brings you First Thursday every month and is clearly the best of the best in art walks nationally.

Weaving through the air

If you could bottle the feeling you get from a contemporary dance performance, it would be a powerful elixir. It would be something that would make you feel energized, alive, and inspired. Looking for a thrilling and unique experience? Look no further than STREB Extreme Action at Meany Hall in Seattle, WA. This adrenaline-pumping performance is not for the faint of heart! STREB Extreme Action is a high-octane show that will have you on the edge of your seat. Featuring death-defying stunts and jaw-dropping tricks, this performance is sure to amaze and entertain.

Seattleites love their music, and there’s no shortage of live shows and concerts to be found here. From legendary venues like the Showbox at the Market, Crocodile, Tractor Tavern and Neumos, to the latest and one of a kind—Climate Pledge Arena, Seattle’s music scene is thriving. Check out our list of the best live music venues and shows in Seattle, and start planning your next night out to hit the town.

Hot Water Music at The Crocodile

Mother Mother: The Inside Tour 2022 at The Neptune Theatre

School of Rock Presents: Rage Against The Machine at Tractor Tavern

STRFKR at The Showbox

Circa Survive at The Showbox

Washed Out at The Showbox

iDKHOW presents The Thought Reform Tour at The Neptune Theatre

The Warning at Barboza

Sammy Rae and The Friends at The Showbox

Tied Together at Octave 9: Raisbeck Music Center at Benaroya Hall

Polo and Pan at The Showbox

Son Volt at The Neptune Theatre

The Halluci Nation at Neumos

Looking for a place to let loose and have a good laugh? Check out acts on the big stage or any of Seattle’s comedy clubs! These venues are known for putting on hilarious shows that are sure to have you cracking up all night long. With lineups of talented comedians performing each night, you’re sure to have a night of hilarious laughter.

Anjelah Johnson – Technically Not Stalking at The Moore Theatre

Ronny Chieng: The Hope You Get Rich Tour at The Moore Theatre

Amy Sedaris at The Moore Theatre

The Giggly Squad Live Tour at The Neptune Theatre

A night out on the town

Looking for a taste of jazz and blues in Seattle? Then look no further than Dimitriou’s Jazz Alley. Plus, there’s plenty of food and drink to enjoy, not to mention Seattle’s world renowned coffee scene, award winning wines and craft beers. So come on out and enjoy some of the best music that the Pacific Northwest has to offer!

Big Head Todd & the Monsters at The Showbox

The Motet: Keep On Don’t Stoppin’ Tour with Special Guests at The Neptune Theatre

What makes Seattle’s performing arts scene so special? First and foremost, the city is home to top-notch theaters, including the Paramount Theatre, Seattle Rep and 5th Avenue Theatre. These theaters host a wide variety of productions from Broadway shows, drama, musicals, and the classics. In addition, Seattle is home to a wide range of smaller theaters and performance venues. These venues, in addition to Taproot Theatre and Intiman, present a stunning mix of productions from experimental theater and spoken word performances to Shakespeare. If it’s the silver screen for you, then look to Seattle International Film Festival and its three venues or the annual film festival and if Contemporary Dance is your groove then Spectrum Dance is a must. Finally, Seattle’s performing arts scene is  bolstered by its strong arts education system. The city boasts a number of arts education programs for children, including those of Seattle Children’s Theatre, the Seattle Youth Symphony Orchestra, and Pacific Northwest Ballet School.