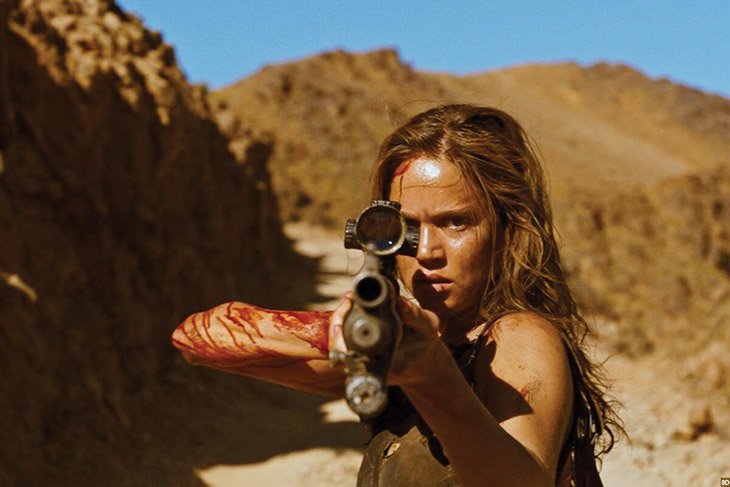 One of the greatest and most overlooked horror films of the ’80s was filmed right here in Seattle and has been restored for the first time since its original release. George C. Scott plays a composer who buys a mansion in order to get some peace and quiet following a family tragedy. Unfortunately, and perhaps unsurprisingly, the mansion is haunted. Featuring memorable location shooting at Red Square, the Rainier Tower and Lake View Cemetery, The Changeling is a great look at Seattle in 1980, and an immensely satisfying thriller as well. —Mark Steiner

This series from Bill Hader, Fred Armison and Seth Meyers is a loving send-up of/tribute to documentaries throughout film history—and one of the most carefully crafted comedies in years. Every episode apes the style of a famous documentary, from Errol Morris’ The Thin Blue Line to Flaherty’s legendary Nanook of the North to a very creepy Grey Gardens parody. Each episode is introduced by a very game Helen Mirren as if the series had been on for decades.  —Kevin Clarke

French filmmaker Coralie Fargeat’s grisly, hallucinatory thriller lives up to its title, using the codes of masculinity and the tools of its gaze against multiple subgenres and against its protagonist’s assaulters. This story isn’t merely retribution for a rape but for decades of cinematic objectification. One of the best pieces of modern exploitation in years. —Matt Lynch

How to Talk to Girls at Parties

This delightful film about a young punk rocker finding love in 1970s Croyden takes a short story by Neil Gaiman as its starting point. The film then creates a coming-of-age narrative that wears its punk rock cred—along with its heart—on its sleeve. Watching this movie made me nostalgic in the best possible way. —Rhias Hall