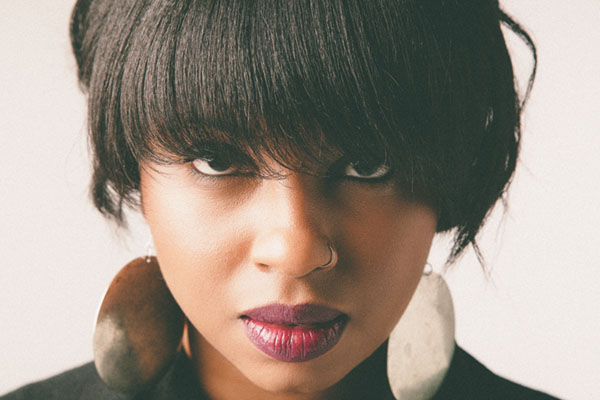 Shaprece “Her Song”
We’ve fawned over Shaprece for years, enamored by the sultry R&B singer with the towering voice and Bohemian look. By partnering with IG88—a Seattle producer who traffics in deep, bass-forward electronica—she shows an intriguing inventiveness. “Her Song” falls somewhere between Björk and Badu.

Vox Mod feat. Whitney Lyman  “Mind Matter”
More genre-flouting meta-music from Seattle’s most forward-looking rockstar-shaman. “Mind Matter” is more immediately fun than Vox Mod’s usual jams, a bouncy electro-pop nugget featuring luscious vocals from Whitney Lyman of Pollens. It’d be all over mainstream FM were there any justice in the world. Instead we’ll settle for hearing it live at the release for The Great Oscillator on May 2 at Chop Suey.

Gifted Gab “Burn It Up”
The title suggests a free-the-weed anthem but “Burn It Up,” taken from Gab’s latest mixtape, is actually an R&B ode to personal liberty in its most fundamental form: the innate right to love who, when and in whatever way we choose. Gab is usually a battle-rapping badass, but here she tries a little tenderness, cooing her answer in the form of a question: “Why don’t we just do what we do and be happy?”

Bearcubbin’! “High School Field Trip to Murder Island”
Remember Battles? Portland quartet Bearcubbin’! is beholden to the geometric electro-rock of that mercurial supergroup. “Murder Island” is a six-minute standout from their just-released album Girls with Fun Haircuts; if their titles don’t convince you that they have a sense of humor, the song’s recursive, surreal hyperactivity will.

Inly “In the Mornin’”
With its heavenly two-woman harmonies, bleary guitar tone and sleepy composition, “In the Mornin’” sounds like a lost classic from Lee Hazlewood Industries’ early-’70s heyday (perhaps omitted from Light in the Attic’s exhaustive Hazlewood box set, released late last year). Turns out Inly is a psych-folk sextet that came together from various Café Racer bands and this song is from their brand-new debut EP. Either way, it’s timeless.