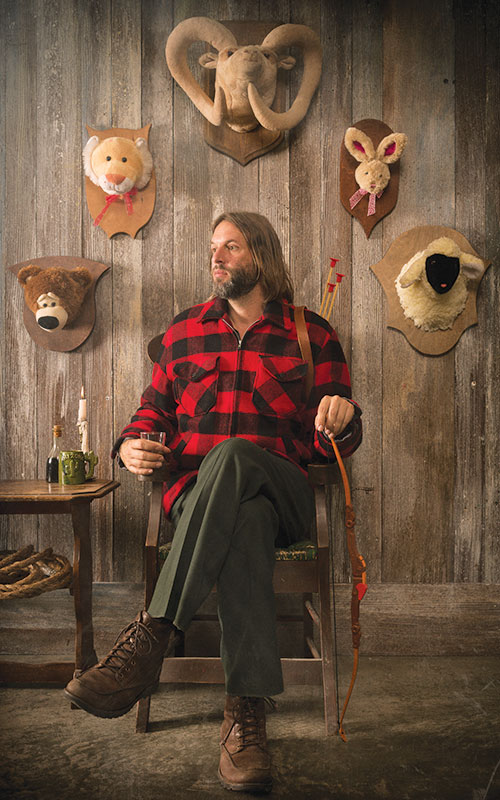 NighTraiN “Girl Band”
Mating Call, the long-awaited debut from this four-woman garage-punk wrecking crew, virtually explodes with energy. The opening track is one mission statement among an album full of ’em, flaunting an infectious sense of humor and purpose. Bruising and belligerent, these ladies will not be stopped.

Bill Patton “Jenny from the Block”
Long Seattle’s go-to pedal steel player (he’s all over Low Hums’ new album, previewed on p. 31), Bill Patton emerges as a sharp singer-songwriter with a spare, smoky voice and an ear for eerie, insidious melodies. For the sake of surrealism, he crushes J.Lo’s cred-claiming anthem into unlikely, ironic tragedy.

Love at First Sound “Nothing’s Changed”
No idea who or what is behind this atmospheric R&B project; mystery is part of its appeal. Another part is the self-loathing articulated with rich melodic raps and male-female vocals in this dark, glossy track. Yet another: it rhymes arguin’ with cardigan.

Raz Simone “Don’t Shine”
Hearing “Don’t Shine,” I wanna give Raz Simone a hug. The song is five minutes of profound lyrical isolation and introspection set to a massive, minimalist beat. But then again I don’t wanna risk lightening the young singer/rapper’s intense need for expression.

Cataldo “Gilded Oldies”
After recording as Cataldo for almost a decade, Eric Anderson has finally reached an undeniable self-possession. His new album is a gutsy, brainy evolution of his finely crafted chamber pop; this title track is concise and poignant and catchy as hell.