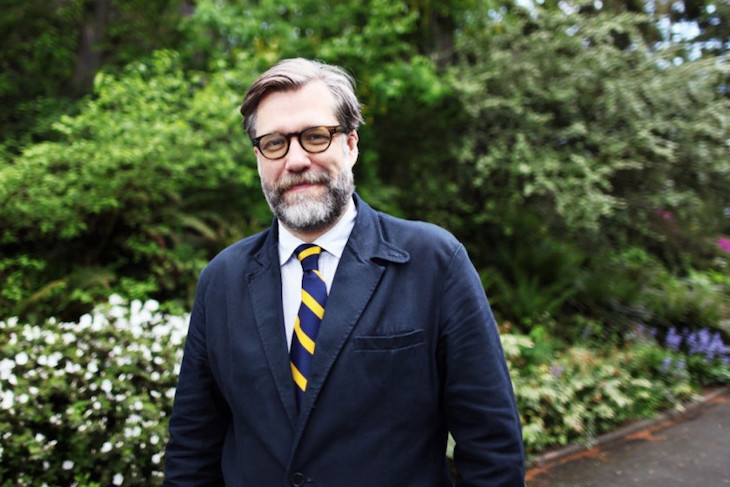 Seattle has always had a schizophrenic personality, split between people who want the city to be a big shiny spray-tan city of enterprise and people who want to retain—some might say wallow in—the damp, frontier character best described as grumpy beer-buzz communitarianism.

Lately, the enterprise culture has succeeded in making the city expensive and crowded and full of weird restaurants that are always packed. Awesome! But the pendulum swings both ways. Seattle’s unique culture will survive all this film-flam. Soon the economy will switch over from Internet Grocery Panopticon to one based on harvesting ocean plastic or manufacturing freeze-dried water or whatever. Our local traditions will outlast this era.

First among those traditions is an agreement that art is important and real. That’s the glue that holds us together. Second is a complete disagreement over what qualifies as art. Seattle has always felt a push and pull between “fancy” and “dirty” culture. We have sculpture gardens and art museums and big installations of hanging glass lily pads, but among those temples of high-dollar art we remain a sanctuary for challenging, inaccessible art and music. If one thing sets Seattle apart, it’s our utter commitment to treasuring—sometimes unintentionally, sometimes full of scorn—indefensibly “bad” art. It is, after the 747 and MS-DOS, our greatest contribution to world culture.

Seattle played a big role in the garage rock movement of the ’60s. That attitude never quite went away, culminating in a ’90s distortion tantrum that could only be described with a word meaning “coated with a scummy film.” Grunge was hyped as an edgy alternative to overproduced Hollywood metal, but a thick subtext of the “scene” was that it was an intentionally shabby, unprofessional, unintelligible, out-of-tune and grossly intoxicated prank on the world! The indie-rock culture that followed was contemptuous of grunge—too loud, too macho—which is ironic given that grunge was a reaction to the macho mainstream rock it displaced. Indie retained the unintelligible out-of-tuneness (so much easier than practicing), but indie culture was even more suspicious of fame and success. I remember many conversations with songwriters who hadn’t even formed a band yet, already fretting about how they weren’t going to sell out when the time came.

When I was in my 20s I was a self-consciously bad artist. I made music and wrote essays and appeared in my friends’ productions and I was terrible at all of it, always worried I wasn’t angry or smart enough, always fighting my natural impulses. I wasn’t ambitious, wasn’t even sure how to be ambitious, I just loved being around people who were making things and I wanted to be one of them. People I admired really made wonderful things, most of them wanted to change the world, some of them were really angry and ALL of them had day jobs, but writing and painting and rehearsing were what our lives were really about.

The constant insecurity and self-criticism within the arts community can, and does, hamstring us, but it’s what makes Seattle art so alive. We don’t set ourselves against the art fashions of Paris and New York, we are quite busy trying to outdo (and underdo) each other, thank you.

Most cities want to make an impact and be judged by their most successful artists, but Seattle has always been mostly unconcerned with the rest of the world. For instance, our response to the AIDS crisis was not confined to clubs and bars, it also fueled a daring underground theatre community. Seattle’s hip-hop scene has always been a little too smart for the world, critiquing local politics and culture from within and without, while also challenging the language of hip-hop. Our film community is dominated by women, as is the art scene in general. Native American artists are preserving traditional craftwork while actively modernizing those forms. The rest of America is catching up to the self-reflective and self-critical dialectic that has defined Seattle for decades.

I was a reactionary artist for most of my career, resentful of the concentration of money, the misuse of authority and the relentlessly bad taste that qualified as the dominant culture. I realized along the way that I was a small part of the conversation, and that my lack of success in the mainstream world wasn’t ever what being a Seattle artist was about. Finding my voice was partly about understanding my place here, about seeing the larger puzzle. There’s a reason so many of our most famous and celebrated people remain here, keep being part of the local scene even as they go global. It’s because this inner tussle is what made us. We are still just arguing with ourselves.

John Roderick is a singer, songwriter and writer.