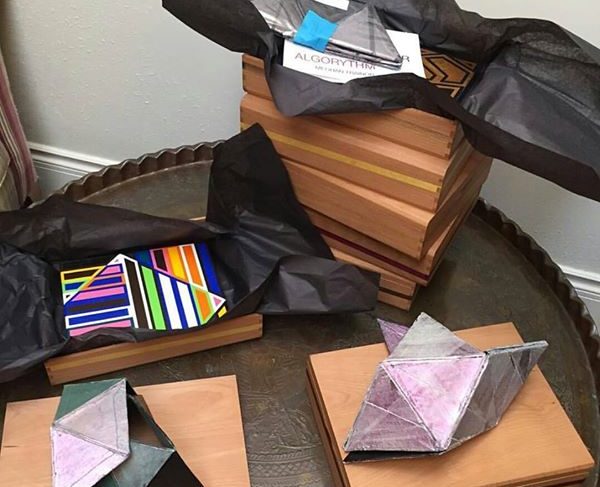 “I started out as an artist, but I had an epiphany. A lucky thing, because the world was spared my art. I realised I had to be involved with art but I was better writing about it, thinking about it and being a curator.”

Next time someone asks if I still work in the studio, I may have to borrow Blazwick’s words. In 2008, I entered Seattle’s art community through Dimensions Variable, a blog I started to exercise my critical voice, connect what I saw in Seattle to what I saw in New York City, and serve as a bridge between the art and non-art communities I belong to. In the four-year span between 2009 and 2013 I worked hard to motivate my own visual art career while supporting the careers of others. I showed in a total of 16 exhibitions and curated more than 30 projects, strengthening my curatorial voice and critical perspective. And I began to realize one branch of my practice was more rewarding than the other. I was far more interested in interrogating ideas and engaging in research than making objects.

Working in the studio was a lonely tedium that didn’t sate my desire to engage with other people and ask questions. What I wanted was to support the work of others, which I found invigorating. I continued to write for my blog and elsewhere, curated independently and launched a curated box set project in 2011. In 2012, I opened a brick-and-mortar gallery. Eventually I stopped working in the studio completely and never looked back. 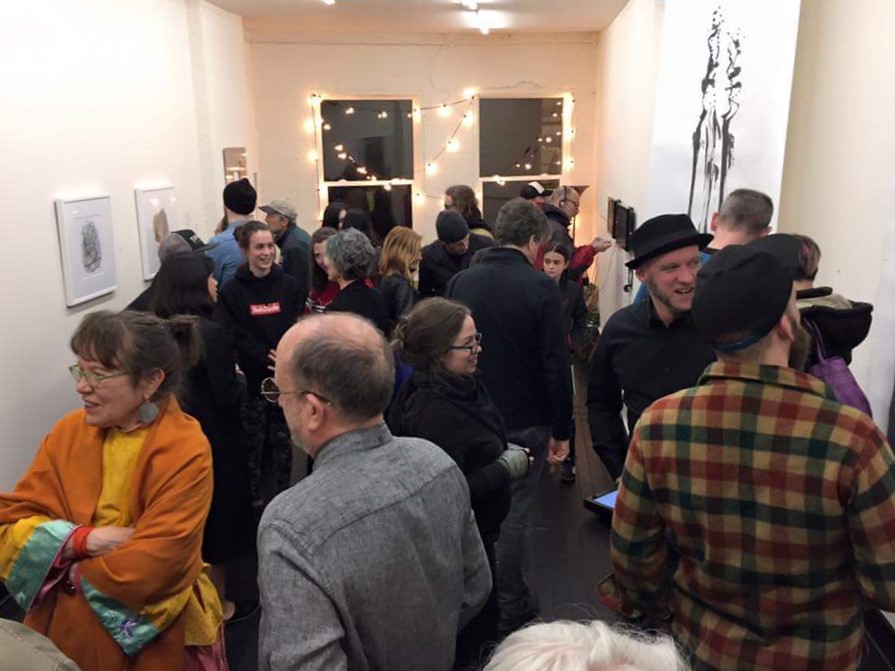 As I continue to grow, I often come back to these questions: Why curate? What is curating now?

The Latin root of “curate” means “to care” or “to care for.” Curating as we know it emerged around the 17th century as museums shifted from elite, private Cabinets of Curiosities for the wealthy to specialized institutions open to the public. Both the British Museum in London and the Kunstkamera in Saint Petersburg began this way. These newly formed entities required specialists to care for their growing collections of historical objects, artifacts, natural history and fine art. They were designated “keepers,” an early term for curator that is still used by many European institutions today.

In the 20th century, museums shifted from being strictly repositories for objects to hubs for intellectual experimentation and community gathering. This allowed the curator’s role to break out of the museum and include the gallery director; along with the independent curator, a free agent unaffiliated with a museum or gallery; and the artist curator, an artist whose work includes a curatorial practice beyond their own studio. These new archetypes used the white cube to present exhibitions that tied together geographically and conceptually disparate artists. In making these connections, curators provided cultural as well as historical context for living artists and their works.

A great and recent example of this kind of contemporary curating was Young Blood: Noah Davis, Kahlil Joseph, The Underground Museum, curated by Maikoiyo Alley-Barnes at the Frye Art Museum in 2016. Alley-Barnes, a guest curator invited by director Jo-Anne Birnie-Danzker, is himself a practicing artist and the son of celebrated Seattle artist and muralist Curtis R. Barnes. Given his role in the arts and his unique passage through Seattle art history, Alley-Barnes was able to curate for the museum a nuanced story from his intimate perspective.

Throughout the exhibit Alley-Barnes revealed the personal and artistic relationship of two Seattle-born artists, Noah Davis and Kahlil Joseph, brothers who grew up in Seattle together and became internationally recognized artists in Los Angeles and beyond. The scope of the exhibition was expansive, a retrospective featuring film by Joseph and paintings by Davis, spanning from their early careers to their current works. 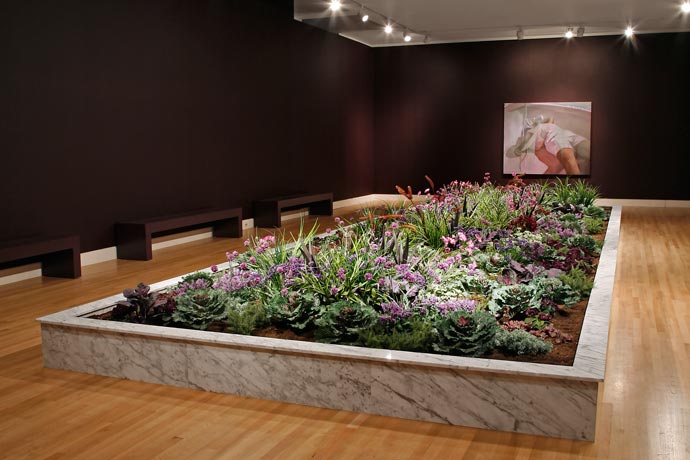 Alley-Barnes both wove and unfolded the stories of the artists, using the physical galleries of the museum as chambers to reveal different chapters. One chamber featured a garden of faux plants and flowers as a memorial in honor of Davis, who died in 2015. In another gallery, Alley-Barnes recreated a pared-down version of Davis’ Underground Museum. Davis originally founded the Underground Museum with his wife Karon Davis for the express purpose of bringing free contemporary and historical art exhibitions to their working class neighborhood in LA. By installing a small version of this space, Alley-Barnes not only placed the Underground Museum within a legacy of community-building, storytelling and engagement throughout art history but also formed a meta-museum within the museum, further emphasizing the through-line between the historical artists portrayed and the work of Davis, his brother Kahlil Joseph and the curator himself.

Like Alley-Barnes, most curators of today are more than preservationists, conservators or gatekeepers. Their curatorial choices embody a new genre of creativity and limber lateral thinking. They compile stories and share experiences that expose—and sometimes critique—topics ranging from beauty and culture to environmental issues and social justice. They invite an audience to people-friendly places beyond the museum—storefronts, train stations, basements, bedrooms, moving vans, apartments. They redefine exhibition platforms by launching full-scale online shows in digital galleries and by using virtual or augmented reality. They inspire us to question the value of a space and reimagine how the space around us can be used. By using space in unconventional ways, curators democratize knowledge and perspectives that were previously exclusive to academia or they spotlight perspectives that were excluded from it. Investigative practices of curators begin to merge with social practice as they incorporate multiple communities simultaneously to fabricate installations, contribute publications, engage performances and incorporate a broad range of voices into the exhibition platform. They connect the past to the future, space to people. Each time they succeed, we’re given a new way to see the world in which we live.

Which brings me back to why. Why curate?

As a visual artist, the number of stories I was able tell were limited. As a curator, I can tell a multitude of narratives. I step back so the stories of others can come forward, in the process pulling together patterns I see crop up in so many disparate ideas, aesthetics, philosophies, movements. Through research, I can tease ideas out of art. If I do my job right, I’m not just shining a spotlight onto the work of artists, I’m also placing them in context with their national and international colleagues, connecting them to a larger community, to larger sets of ideas or movements.

As collaborators rather than dictators, curators embody a kind of symbiostic relationship with artists. What excites me is how curating builds an expanded narrative. Artists do the bulk of the work; we don’t tell their stories for them. They are progenitors, and we are editors who coax out the best vocabulary for their stories to be told. We present them in a way that connects what they do to something deeper—within history, within us collectively, within you—creating both physical and mental spaces that stimulate imagination and inquiry in us all.

In curating art, we are not just caring for art and nurturing artists, we are incubating a space for critical thinking and intellectual rigor. We are making space for moments where empathy, insight, philosophy and culture can intersect and impact. Curating locates itself within the act of thinking. Curating makes perception possible.