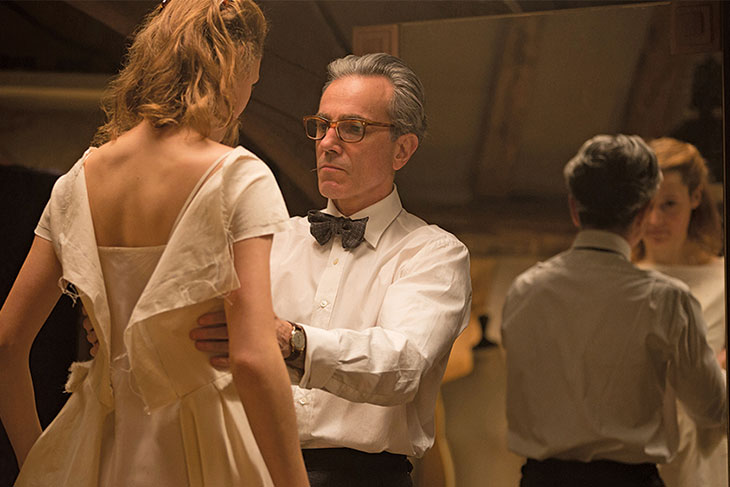 Paul Thomas Anderson’s latest semi-phantasmagoric masterpiece features the alleged final performance of Daniel Day-Lewis, who plays fictional ’50s fashion designer Reynolds Woodcock, a fastidious, exacting and imperious genius whose life is thrown into tumult when he becomes involved with a young waitress, Alma (Vicky Krieps). Alma isn’t about to be subject to Reynolds’ domineering nature, and what transpires is a simultaneously dark, hilarious and deeply tender examination of romantic obsession and control. —Matt Lynch

This early thriller from Dario Argento is one of his most famous works, and the template for the giallo genre. A musician (David Hemmings) sets out to unravel the truth behind a murder he witnessed, which drags him into a hallucinatory underworld as he himself becomes a target of the killer. It’s among the most stylish films of its kind, deeply indebted to Argento’s hero Alfred Hitchcock, but far more violent and idiosyncratic. It also features an iconic film score by prog rock band Goblin. —Matt Lynch

When Quentin Tarantino brought director William Witney’s films to SIFF in the 1990s, this was the one that everyone talked about. It involves an evil rancher, a killer stallion-for-hire, Roy Rogers and, of course, Trigger and son. When a faceoff between Trigger and the killer leaves Trigger with hysterical blindness, it’s up to Trigger, Jr. to save the day and defeat the forces of evil. —Mark Steiner