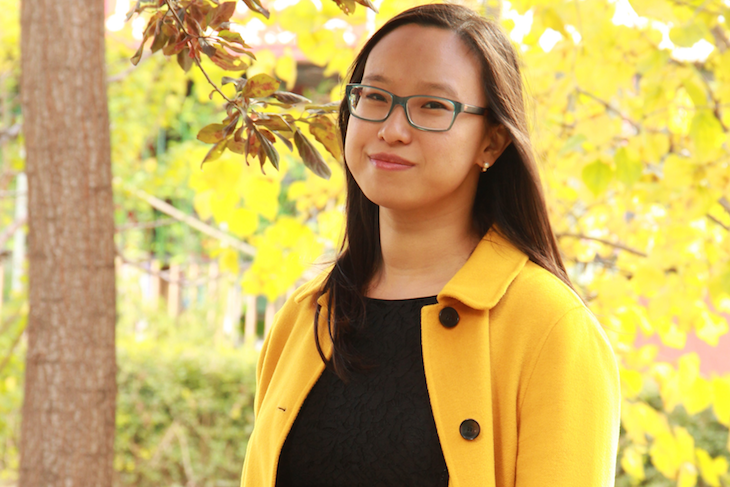 I’ve never considered myself an angry person. Call it a selective oversight.

My mother certainly knows I carry some rage. She worries that my suppressed anger collects in my neck. When I visit, she studies the thickness of my thyroid and asks whether someone has pissed me off. She sees that there are things I leave unsaid, things that catch in my throat.

My partner is no longer surprised on the days he returns home to find himself demoted from lover and companion to barely tolerable roommate.

There are plenty of angry librarians.

In Chinese literature, the ability to swallow bitterness with stoicism is the hallmark of heroism, but this only leaves bitterness in the body. It falls to you to metabolize and transform it, secretly. Maybe I’ve been good at hiding my anger because I’ve had an outlet for it. Things I couldn’t say, I could write.

These days, it’s harder to control this anger, to shape it into something useful. It ravages me like a storm, its edges tinged with gray depression. Rain and tears are intermittent. The eye of the storm offers no calm, only numbness and an inability to see past its narrow contours.

At the peak of it, I lash out at those I love with words selected to inflict pain, something for which I have an unfortunate talent. I fling these words, not knowing what I hope to achieve, only that I want to be released of my anger. The aftermath: exhaustion, regret.

Some have called this the year of female rage, as if women have not been angry and punished for it for centuries. As if women of color and women who are Black have not shouldered a disproportionate weight of it under the racist and patriarchal structures that organize our lives.

Audre Lorde writes that women of color in the U.S. have had to learn to orchestrate those furies so that they do not tear us apart. We have had to learn to move through them for strength and force and insight within our daily lives. Those of us who did not learn this difficult lesson did not survive.

I am still learning this lesson. I am still coming into my anger.

Until a writing residency took me to Beijing, I never allowed my anger space to breathe. Now it swallows me. I metabolize within it.

In the city my parents left behind, some days smog blocked the sun completely. The gift of time disoriented me. Too much dwelling. Too much particulate matter. Too much news to filter through behind the firewalls: Puerto Rico, North Korea, Las Vegas.

Walking among tourists in Tiananmen Square last October, I tried to tap into a different kind of rage. The discontent of students who believed they could improve their country. The wrath of the governing body that silenced them. But this was never my battle, and what I felt instead was safe.

Fifty-eight people lost their lives at a music festival in Las Vegas. Despite the atrocities of Beijing’s past, I was relieved to be far away from the gun violence in the U.S., to walk in an open public space without having to consider that another’s rage could, given the right opportunity with a small amount of premeditation, destroy me and any other stranger, any other “other.” What a freedom, in a land rarely considered free.

In the days surrounding the 2016 election, the neighborhoods I frequented felt electric with rage. It appeared in graffiti sprayed under overpasses. It shook me out of a reverie as I walked toward a vigil, when a driver approaching Holgate and MLK suddenly burst into expletives at the car ahead of him.

Choler, it used to be, was one of four humors whose imbalance caused illness. Shang huo, in Chinese medicine, is an increase of fire in the body, leading to acne, ulcers, inflammation, appearing commonly in the short-tempered, aggravated by summer heat.

After the election, the city felt sick with rage. I boarded buses full of quiet despondent people avoiding eye contact. I picked my seat carefully, avoiding connection in case someone would look at me and cry or look at me and smile, tauntingly.

But this rage had been brewing for a long time. So many streams of fury, disillusionment and hate—they seep into me.

Every woman, Lorde writes, has a well-stocked arsenal of anger potentially useful against those oppressions, personal and institutional, which brought that anger into being.

The anger that shapes us also shapes our tools for transformation. I want to think we are enough to effect change and dismantle systems of oppression. But I am also afraid, because anger is legitimately scary, because it legitimately destroys.

I want to break something with it.

I fear it will break me.