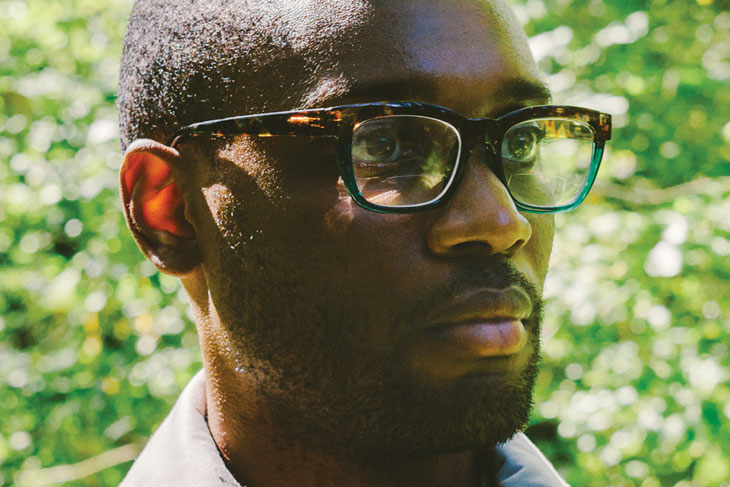 Remember when Seattle had a future? Fifty years ago in 1968, the Forward Thrust campaign tried to prepare us for it.

Under the leadership of urban planner Jim Ellis, Forward Thrust was a series of ballot initiatives that—from 1968 to 1970—gifted Seattle the amenities it would need to remain a world-class city into the 21st century. A decade earlier in 1958, Ellis had been the founder of Metro, the city’s public transportation and waste disposal infrastructure. But as the ’60s came to a close, he wanted more—and convinced Seattle voters that they should, too.

It’s difficult to overstate the impact of Forward Thrust. Imagine Seattle without urban parks like Powell Barnett and without Seattle Aquarium; with no stormwater drainage or modernized fire department halls; without the Seahawks, Mariners or Sounders, each brought here with the construction of the now-defunct Kingdome; without a light rail system.

The crown jewel of Forward Thrust was a subway package that failed at the ballot box, but that laid the political groundwork for later success. In 1996, a new generation of transit activists succeeded where Ellis failed, achieving a 10-year regional transit plan that eventually became our current light rail system. It goes to show that even if we don’t get everything we set out for initially, when we take bold steps towards preparing for the future, we ultimately end up in a better place.

When I look at the civic discourse surrounding Seattle these days, I don’t see a city actively preparing for the future we used to imagine. I see a city council that couldn’t bring itself to tax the rich to build affordable housing. I see old canards about “neighborhood character” and “concerns about crime” used as a pretext to not house the homeless. I see a city behaving like the best it can do is ride out the business cycles of the major corporations we nurture, without ever asking them for anything in return. At a certain point, we lost the ability to produce a future that doesn’t play by the unjust and unsatisfying rules of the present.

This situation is a paradox that the writer and artist Emily Pothast recently summed up on Facebook: “Is there a German word for ‘nostalgia for a time when optimism for the future seemed possible’?” she asked. The question hangs in the air like so many cumulonimbi.

For me, 2017 started in a cloud of depression. The hovering dread of Donald Trump’s impending inauguration was worsened when, a week earlier, my favorite writer and social critic, Mark Fisher, committed suicide. Suddenly, I’d be facing down our uncertain collective future without a guiding light on whom I relied for wisdom and resolve.

In his 2014 book Ghosts of My Life: Writings on Depression, Hauntology, and Lost Futures, Fisher wrote at length about what he called “the slow cancellation of the future”—the idea that, since 1991 and the demise of the communist alternative to capitalism with the end of Cold War, we can’t imagine a future different from the profit-driven, might-makes-right world we inherited. Watching the apex predator of our late capitalist food chain take the oath of office in January, it was hard to not think that Fisher was onto something; hard to not succumb to a milieu of melancholy that says, in a million different ways, it doesn’t get any better than this.

The depressive condition to which Fisher referred is, above all, a failure of imagination. It’s felt most acutely in our inability to actively plan for the future.

On the face of it, it may seem as if Seattle is rushing robustly into a new age. But underneath the bustle, the development, the cranes in the sky, there’s a sense of inevitability that corrodes our civic agency. Boom-and-bust cycles like the one initiated when the Amazon bubble took flight in the late 2000s seem like a fact of life—as does the economic fallout from these highs. High-functioning depression is a clinical term that refers to individuals who seem to have it all together on the outside, but who secretly struggle with feelings of despair and worthlessness. Watching Seattle fail to corral its fledgling corporations for the collective good, that term may refer to cities as well.

The good news about the future is that it’s inevitable; unfortunately, this is also the bad news about the future. Whether that future is feared or looked forward to is a function of the work we’re doing in the present. In the run-up to the year 2020, hopefully hindsight doesn’t find us wishing we’d made better use of the present while it was still in our grasp. What are we doing, both collectively and personally, to forge a future worth fighting for? Each of us must find an answer to that question, or find ourselves wishing we did.

“Growth happens,” Jim Ellis was fond of saying. “You either prepare for it or you don’t. That’s the option.”

Shaun Scott is a writer, filmmaker and columnist at cityartsmagazine.com.