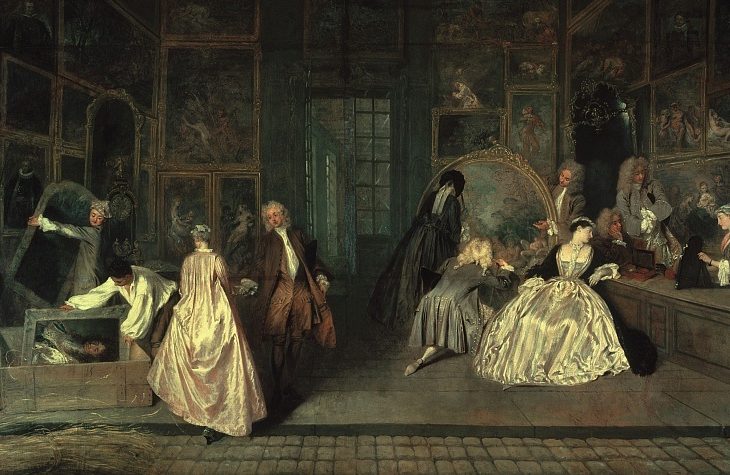 
In The Alt Art Scene: An Insider’s Guide Part 1, Sharon Arnold introduced the art ecosystem that flourishes outside the standard white-cube gallery sphere. In Part 2, she enumerates the various types of alternative-art spaces one will encounter within this ecosystem. Check it out and go for a safari.

The following is a partial glossary of the many different kinds of venues that form today’s art world.

“Alternative” galleries (aka “incubator” spaces)
The definition of this umbrella term is in flux, and it’s problematic because it implies a hierarchical system that ascribes value to commercial spaces above all else, which contributes to the mythology of the white-cube model single-handedly keeping the arts afloat. But the idea of the “alternative” gallery fits anything defined as a pop-up, home gallery, artist collective, curatorial collective, exhibition space with no hours or by appointment only, non-commercial or any combination of these. The important thing is the distinction that sets them apart from the two most familiar models, commercial galleries and museums. Here is a list of those similar-but-different, often overlapping models.

Pop-up spaces
These may or may not be run by artists and frequently serve as a vehicle for independent curators just starting out who may not have access to space. Usually maximizes fallow commercial spaces, abandoned spaces, empty storefronts or other temporarily “unusable” or unused space, typically in an existing brick-and-mortar location. May be a one-night event, a short-run multi-day event or a full month-long event. Can run longer, but this is an exception to the rule. A relly great recent pop-up was Onyx Fine Art’s exhibition at King Street Station, Truth B Told. Onyx Fine Arts is a member-based collective of artists of African descent, showcasing exhibitions in Seattle’s Belltown neighborhood. Truth B Told, curated by Barbara Earl Thomas, was a landmark celebration of more than 40 artists across a broad range of styles, mediums and narratives in sculpture, painting, textiles, installation and drawing. 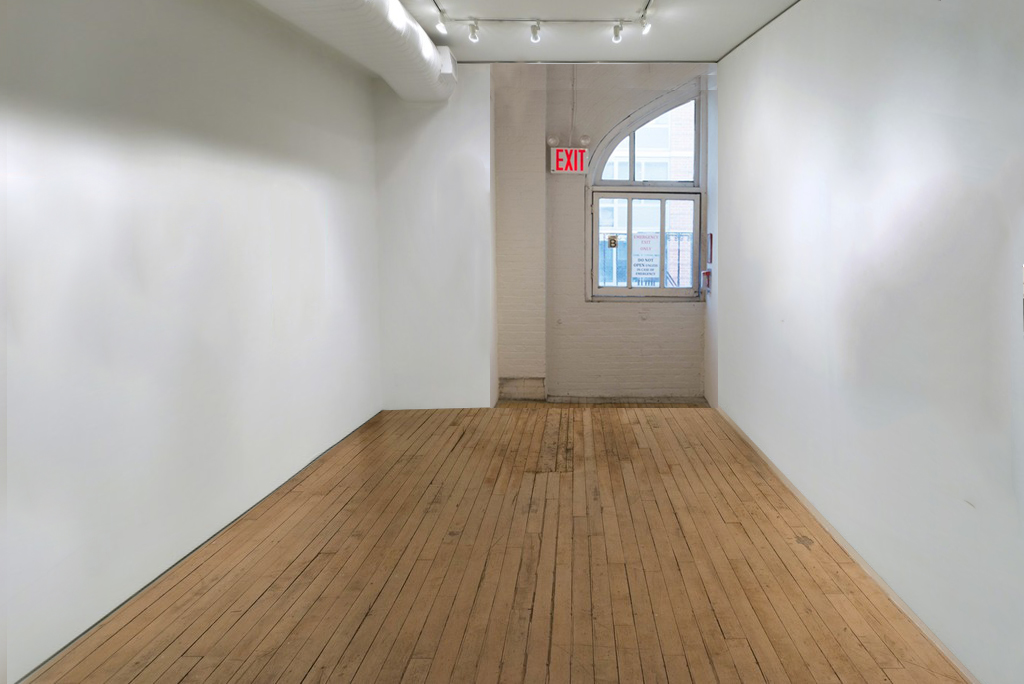 Digital space
It is what it sounds like. People curating digital spaces might utilize a static web page, build an interactive web page, create a full website hosting digital media such as flash, gif or video or host a static gallery of images. Super creative digital endeavors create exhibition spaces in video games like Second Life, exploit glitch spaces in video games or create exhibition space in a VR environment. Augmented Reality (AR) exhibitions utilize the same tech as Snapchat World Lenses, but stage digital art over real, physical locations. These digital exhibitions and events are entirely virtual, except for AR, which takes place in physical space in real time. Two great examples of digital space: Portland’s Upfor Gallery, which hosts a digital, immersive version of its gallery online, Upfor Digital. On this platform, artists’ digital works are superimposed onto images or video of Upfor’s physical space. This allows for a kind of pseudo-AR experience, viewable on any screen, of works that have no corporeal existence, but which exist only in pixels within a facsimile of the real gallery. The other is Deep Space, founded by Seattle artist Satpreet Kahlon, which also delicately but courageously peels back the layers of curating itself to reveal the intricate relationship between artists and curators. Deep Space was also formed as a way to feature work by artists in an exploratory and accessible way without the high-risk pressure of a physical location. It’s a space dedicated to empowering artists, ideas, and experimentation without restriction that also allows maximum accessibility to those who find entering a gallery intimidating, thus allowing us to interact with the work in our own way, on our own time. 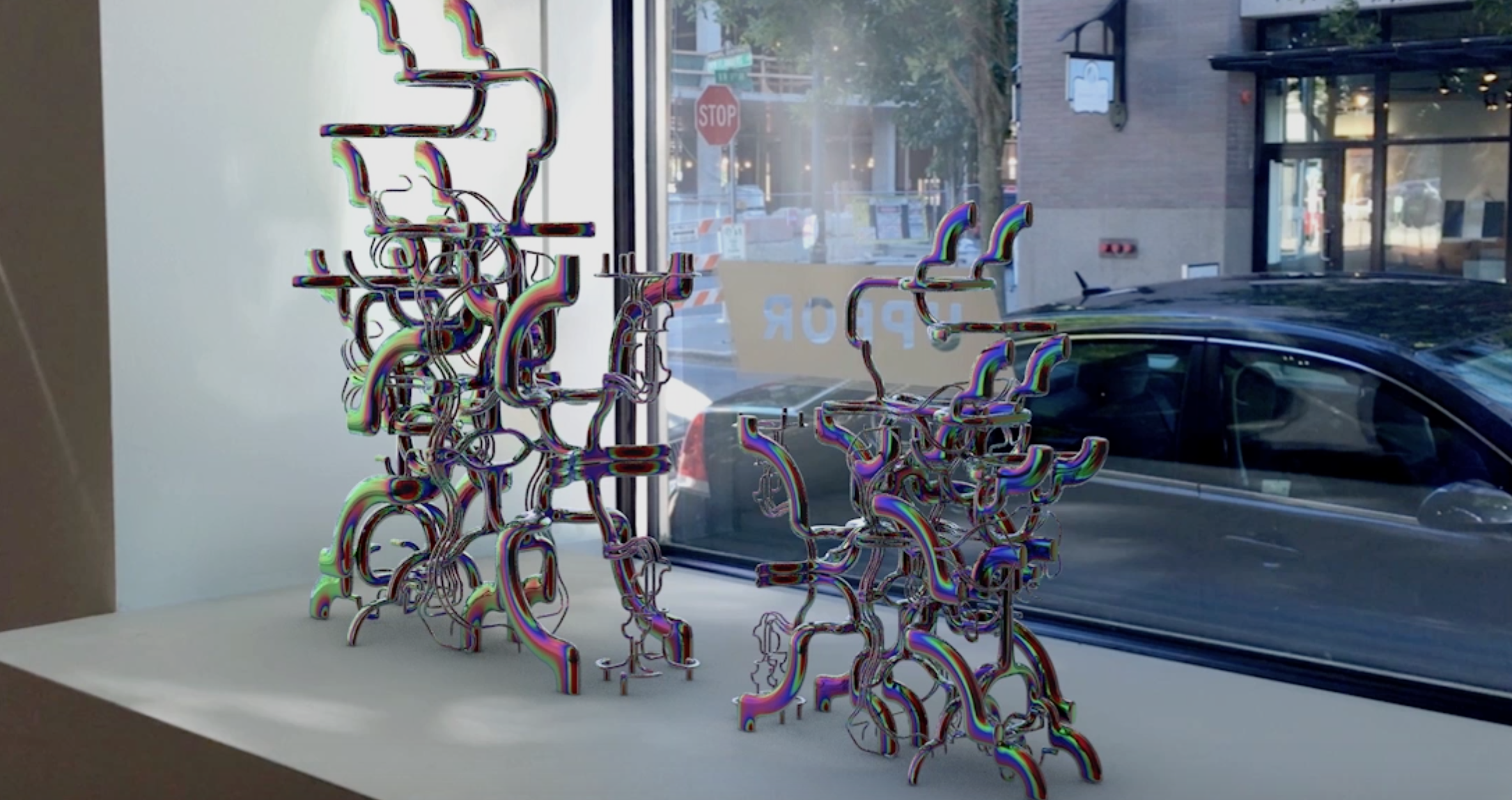 Hybrid models
Places that encorporate visual art into daily life and commerce such as retail shops, restaurants, coffee shops and bars. These spaces are often dismissed as inferior when really they do the service of exhibiting art in spaces that are comfortable to most people, thereby making the work more accessible. These businesses are often open 6-7 days a week, increasing the likelihood people will interact with the work. They often feature less expensive artworks, providing yet another path to accessibility outside the prohibitive costs of many gallery-represented artworks. Extremely well-reputed and curated venues in Seattle include Vermillion Bar and Cafe, Joe Bar, Cupcake Royale, and Zeitgeist; other beloved neighborhood joints are All City Coffee in Georgetown and Victrola coffee shops throughout the city.

Home galleries
Again, this may or may not be an artist-run space that serves as a legitimate alternative to paying commercial rent with high overhead. It presents a welcoming atmosphere but can still feel intimidating for people who are uncomfortable intruding into someone’s home. These locations are even harder if they’re off the beaten track of an arts district space (being located in a neighborhood with an art walk is a great advantage). Some home galleries are one-night events; others have an extended schedule that is typically by appointment rather than regular hours. Calypte Gallery, Two Shelves and Vignettes are all successful artist-run home galleries. Robert Yoder’s Ravenna-based gallery SEASON crosses over into the realm of commercial model as well, as it represents artists and regularly shows at established art fairs in New York and beyond. 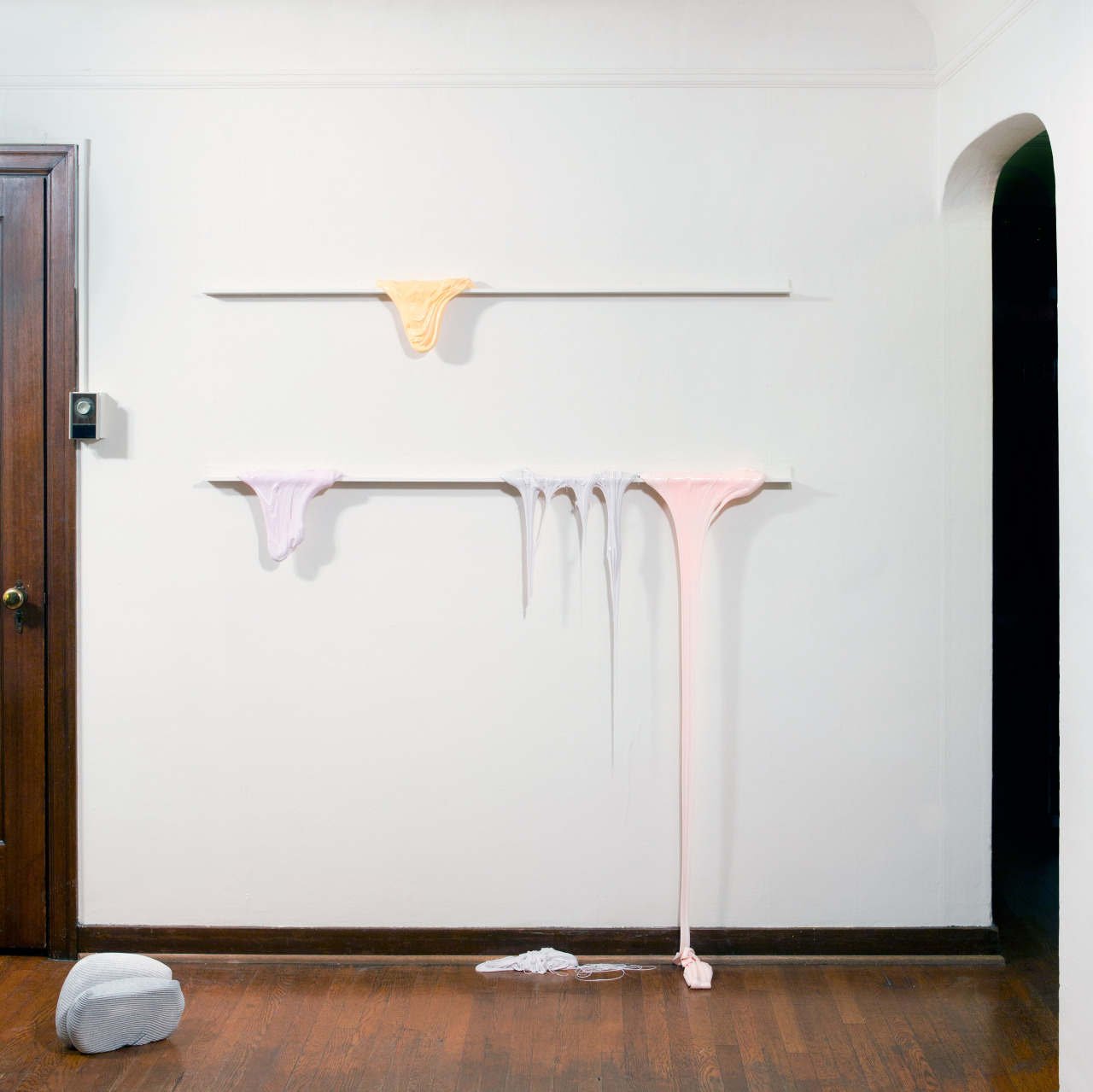 Artist co-operative/collaborative
A formalized exhibition space in a brick-and-mortar location. Organized, run and programmed by a group of artists that may or may not include exhibitions featuring the artists themselves. Often a non-profit model to acquire funding for programming and overhead and a great incubator for highly experimental work. Art may or may not be listed for sale; if for sale, usually commission rate is in favor of the artist rather than the 50/50 split between artist and gallery commonly encountered in the commercial gallery. This is partly because members chip in to cover cost of running the space, paying monthly or annual dues. Seattle’s own SOIL gallery, in operation for 22 years, has long served the community as a place for experimentation, ideas and exchange. Not only does it showcase Seattle artists, it also extends an annual call for guest curators and features artwork from artists across the globe. SOIL is run by a rotating member list, some of whom have been involved since the beginning.

Curatorial co-operative/collaborative
A formalized exhibition space in a brick-and-mortar location. Organized, run and programmed by a group of curators that may or may not be artists themselves, but whom will not likely show work of their own. Often functions as a non-profit model in order to acquire outside funding for programming and overhead. Often a great incubator space for experimental work. Like the artist co-operative, art may or may not be listed for sale, and usually commission rate favors the artist rather than a 50/50 split. Members pay monthly or annual dues. The Alice in Georgetown is a curatorial collaborative run by six artists and writers, Julia Freeman, S. Surface, Natalie Martinez, Satpreet Kahlon, Dan Paz and Molly Mac. Together they’ve built a compelling program of events, each curated by an individual, which features work across media and genre from across the US. They also focus on creating a space that fosters community and discourse through discussions, readings and other events in the space. 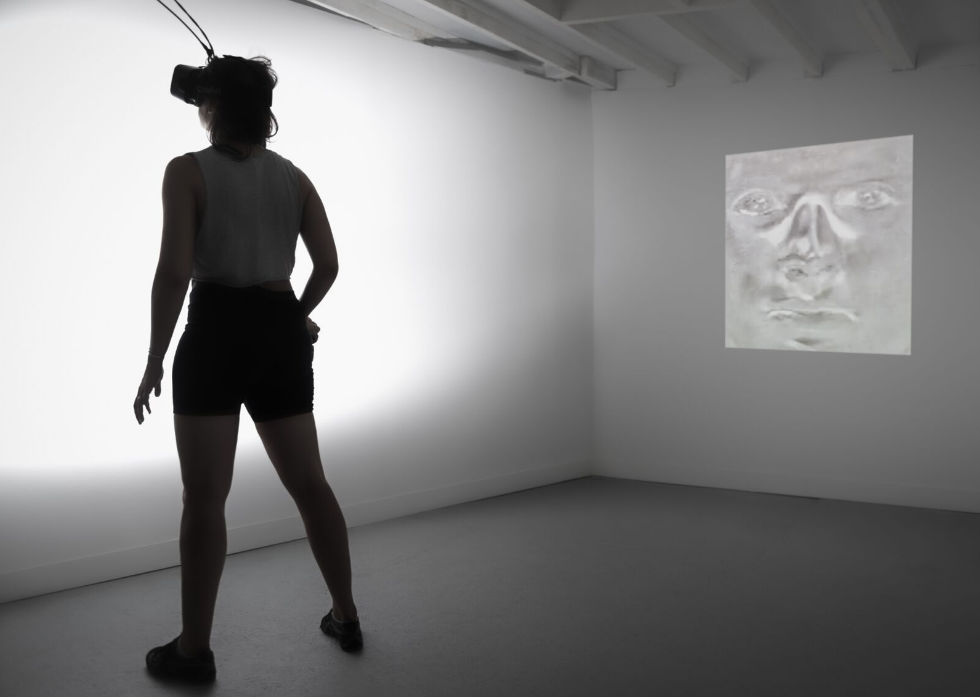 Alternative non-profit space
A formalized exhibition space in a brick-and-mortar location. “Alternative” usually relates to small size in comparison to the big-boy non-profits. Probably run and staffed by one to three people. Probably has a minimal board (a requirement for non-profits), isn’t likely holding an annual fundraising event, doesn’t have a development team and isn’t formally seeking a donor base. Interstitial is a small non-profit which spotlights highly experimental exhibitions focusing on digital, new media work and installation. Currently the only space in Seattle focusing on new media, Interstitial brings a global roster of artists to its space in Georgetown.

Uncategorized exhibition space
These can incorporate any number of combinations of examples already listed here, but I’m thinking in particular of spaces like Suyama Space, which was loosely non-profit and extremely formal in presentation. For 19 years, it was privately run by a dedicated curator, thus avoiding the restrictions of an institution. Younger iterations include The Factory in Capitol Hill, Oxbow in Georgetown and INCA in Lower Queen Anne. Each of these spaces function fluidly and flexibly in programming as both exhibition and salon space, with a focus on events and presence in digital spaces and publications. 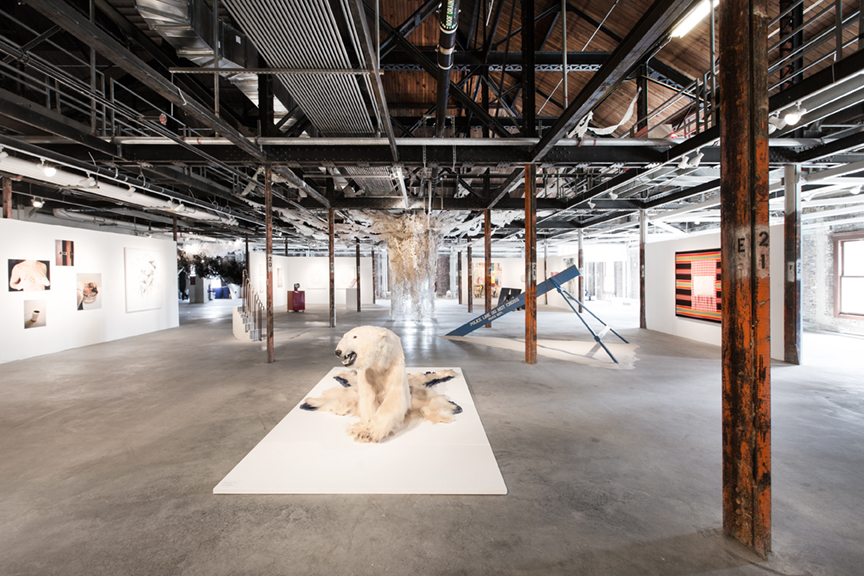 Independent curators
Curators working with interim spaces, storefronts, empty warehouse/commercial space or partnering up with organizations that have space. Includes projects like Out of Sight, launched by Greg Lundgren in 2015, which features a different co-curatorial team each year and was formed as a satellite fair in response to the Seattle Art Fair.

Commercial galleries (and/or including new hybrid models)
Typically work with a roster of represented artists, seek opportunities for their artists outside the gallery jurisdiction (the immediate city or region), seek museum exhibitions and acquisitions and take represented artists to art fairs. May also partner up with any number of the above categorizations to host guest curators or partner up in other cities (once rare, increasingly common as alternative and traditional models find common commercial and curatorial ground).

Museums
Hold exhibitions, foster caretaking of various collections, actively build acquisitions of new works, publish catalogs and books, have a staff of curators specializing in specific fields/areas of study, work in public outreach and public programs, function in an educational role in both programming and presentation, answer to a board, have a development team as well as an executive team of directors, nurture and builds a donor base, hold an annual fundraiser, follow a non-profit model.

Finally, not to muddle things, but there are also a handful of models that seem redundant but have slight differences from those outlined above.

Artist-run and/or independent curator-run space
Produced by artists largely for artists. Could also be run by curators who don’t identify as artists making things. Serves the purpose of subverting the hierarchies of the art world, providing much-needed exhibition opportunities not offered by white-cube galleries. They provide exposure to in-the-know audiences that can lead to other opportunities. May or may not be in a brick-and-mortar location. Examples include Valley and Taylor, an occasional exhibition that transforms artist Tim Cross’ entire house, basement to attic, into an immersive gallery; and Anne Couillaud’s garden exhibition—a unique experience sited in the backyard of an internationally renown critic/curator’s home. 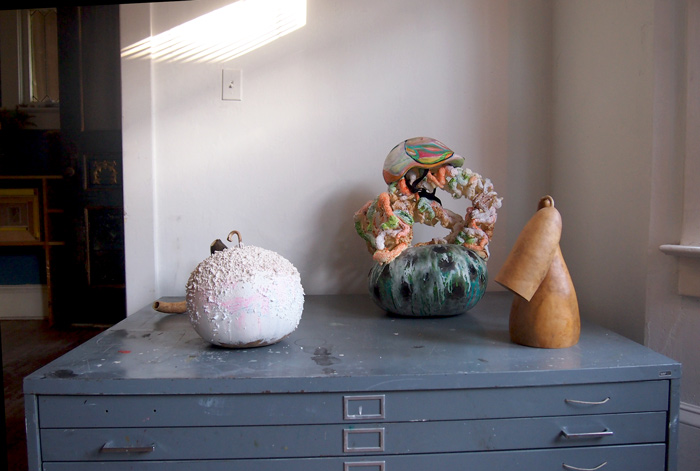 As a postscript, it should be noted this is a partial list; these models represent only the parts of an arts ecosystem which focuses on exhibitions. There remains an expansive array of foundational components and influencers—institutions, foundations, collectors, grant organizations and so forth—which require glossaries of their own. But what we’ve presented here hints at the richness found at ground level and the fecundity of grass roots beginnings: different from but equal in quality the hallowed white cube. Places worth celebrating, steering the course of contemporary art.