Soon the Seattle Art Fair and the surrounding art madness will be upon us. We asked several local luminaries for their favorite Art Fair memories, what to see over the weekend and where to find the best afterparties. 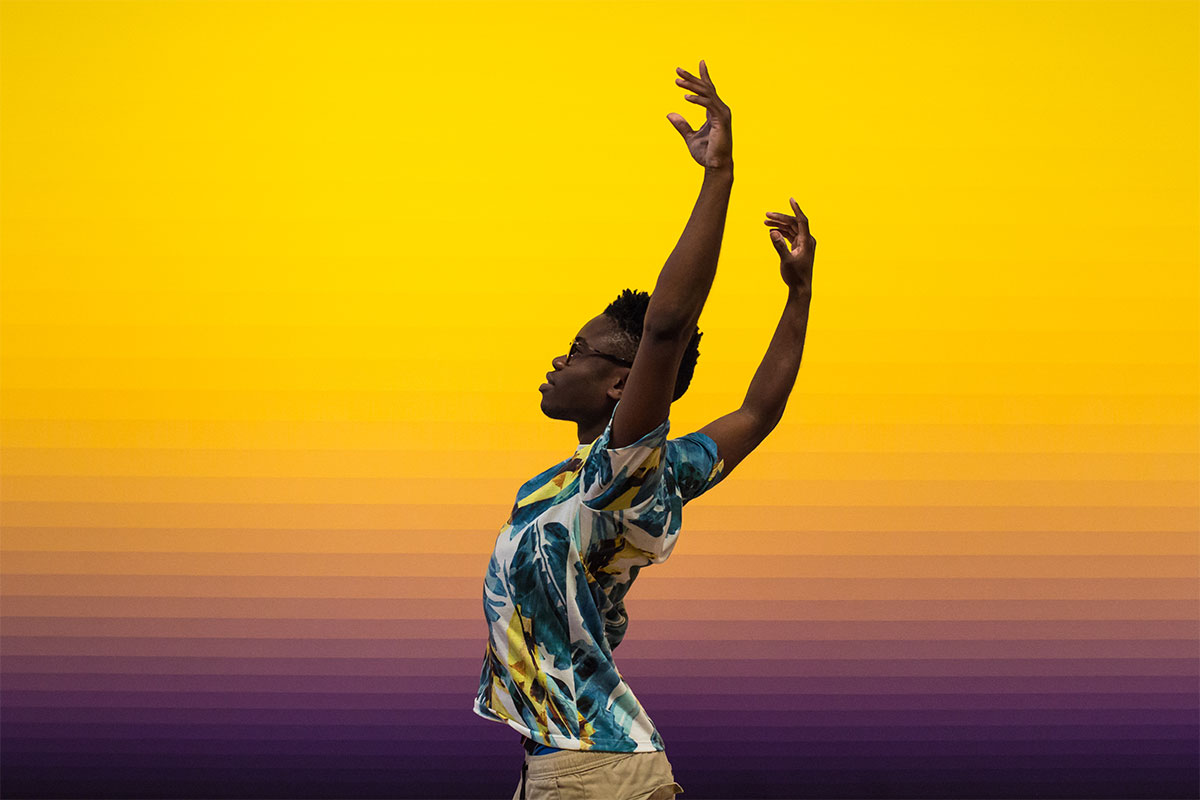 DAVID RUE is a dancer and museum professional who’s obsessed with the intersection of the visual and performing arts. He recently graduated with an MFA in arts leadership from Seattle University and is the public programs coordinator at Seattle Art Museum.

Fair memory: “Walking into Out Of Sight for the first time. It was such an immersive experience, filled with nothing but artistic excellence and gloriously cool people. It’s where I saw Ari Glass’s work in real life for the first time; he’s a visionary and what he created was absolutely transcendent.”

Will not miss: A talk that pairs Clyde Peterson with Tariqa Waters. “Clyde is a dynamic artist and Tariqa is personal style personified with undeniable presence. I love her work, and Martyr Sauce is one of my favorite galleries in Seattle. The second is the work that C. Davida Ingram is presenting at Out of Sight. Her work is always imbued with so much knowledge, creativity, panache and realness—she’s one of the most brilliant people I know.”

Is looking forward to: “The energy that’s in the air during the Art Fair. There’s something amazing about saturating the eye with things that inspire beauty in its many forms and ignite the imagination. To see so many people doing the same thing is always so electric. I’m also looking forward to seeing how the energy of the art fair might amplify the collective Seattle experience already underway of SAM’s current exhibition Yayoi Kusama: Infinity Mirrors. To me, Kusama is a once-in-a-lifetime experience that I hope as many people as possible can see.”

Where to go for surprises: “My first stop would be the Office of Arts and Culture’s exhibition Borderlands at King Street Station Gallery. The transformation of that space alone is always surprising, and I have no doubt the roster of artists have created work that’s unexpected. At the Art Fair, there’s also a performance/installation by Naama Tsabar called Closer that I’m interested in seeing because I can’t quite seem to picture what it’ll look like in my head and I like not knowing what to expect.”

The afterparty: “The opening reception to Borderlands looks kinda major! AU Collective and SassyBlack will be performing, and it’s always a good time when they’re in the room.” 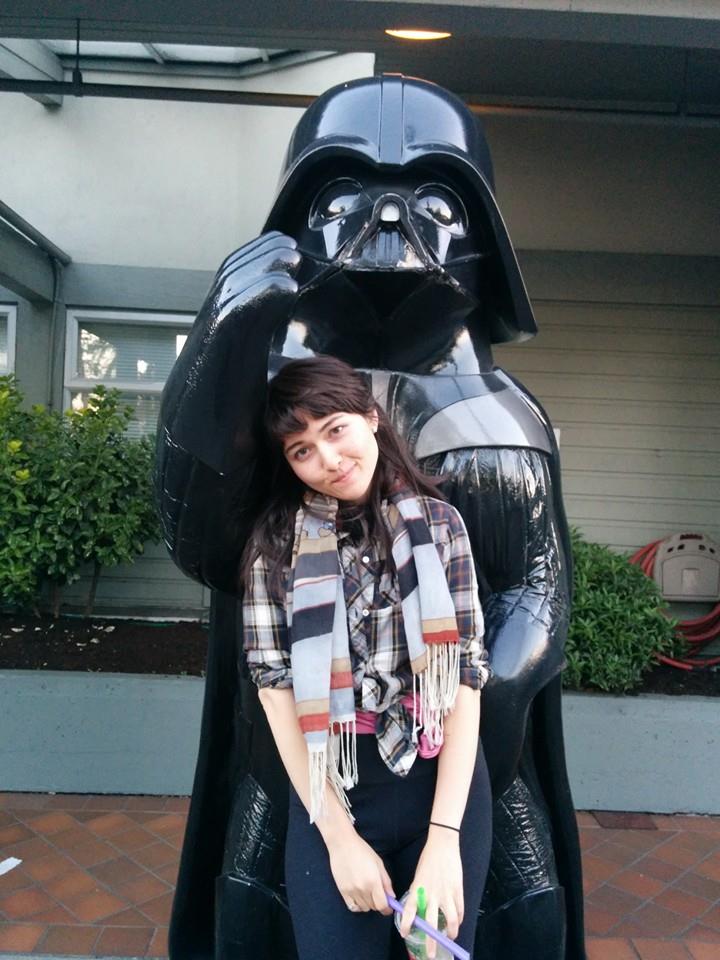 JUSTEN SIYUAN WATERHOUSE is an organizer and writer interested in the history of displacement. A transplant from Taiwan,  she’s worked as a project manager and graphic designer at the Jacob Lawrence Gallery, the Frye Art Museum and Vital 5 Productions. She’s currently assisting at the artist-run exhibition space INCA and is an exhibition manager and curator for “Out of Sight“, organized and curated by Greg Lundgren, S. Surface, Benedict Heywood, Scott Lawrimore and Holly Palmer.

Fair memory: “I worked as a docent for Leeza Ahmady at the first Seattle Art Fair. I saw a Luc Tuymans in person at the David Zwirner booth and I cried. I had just graduated from UW’s painting program and it was the first time I was able to see his work in person. Seeing that painting exemplified my excitement about the fair, what the fair means for the future of the arts in Seattle and by extension my own future in the arts.”

Will not miss: “A Real Pleasure, a show by LA artist Nicolas G. Miller at INCA, opens on August 5. It’s a show I co-curated with Ross Young. Nicolas is a fabricator and a woodworker and his language as an artist is different from what I’m used to in Seattle. I’ll also not miss sleep deprivation. For the past two months, I’ve been in the Schoenfeld building—Out of Sight’s new location—from 9 in the morning until 11 at night, gutting and renovating the building to get it ready for the exhibition while also working with artists in the show.”

Where to go for surprises: “Look out for the anonymous sign-spinners during opening week in Pioneer Square. There will be plenty of surprises there.”

The afterparty: “Out of Sight is the afterparty. On August 4 we’re partying until 12 AM. Join us after midnight for the best tacos and cocktails in Pioneer Square.” 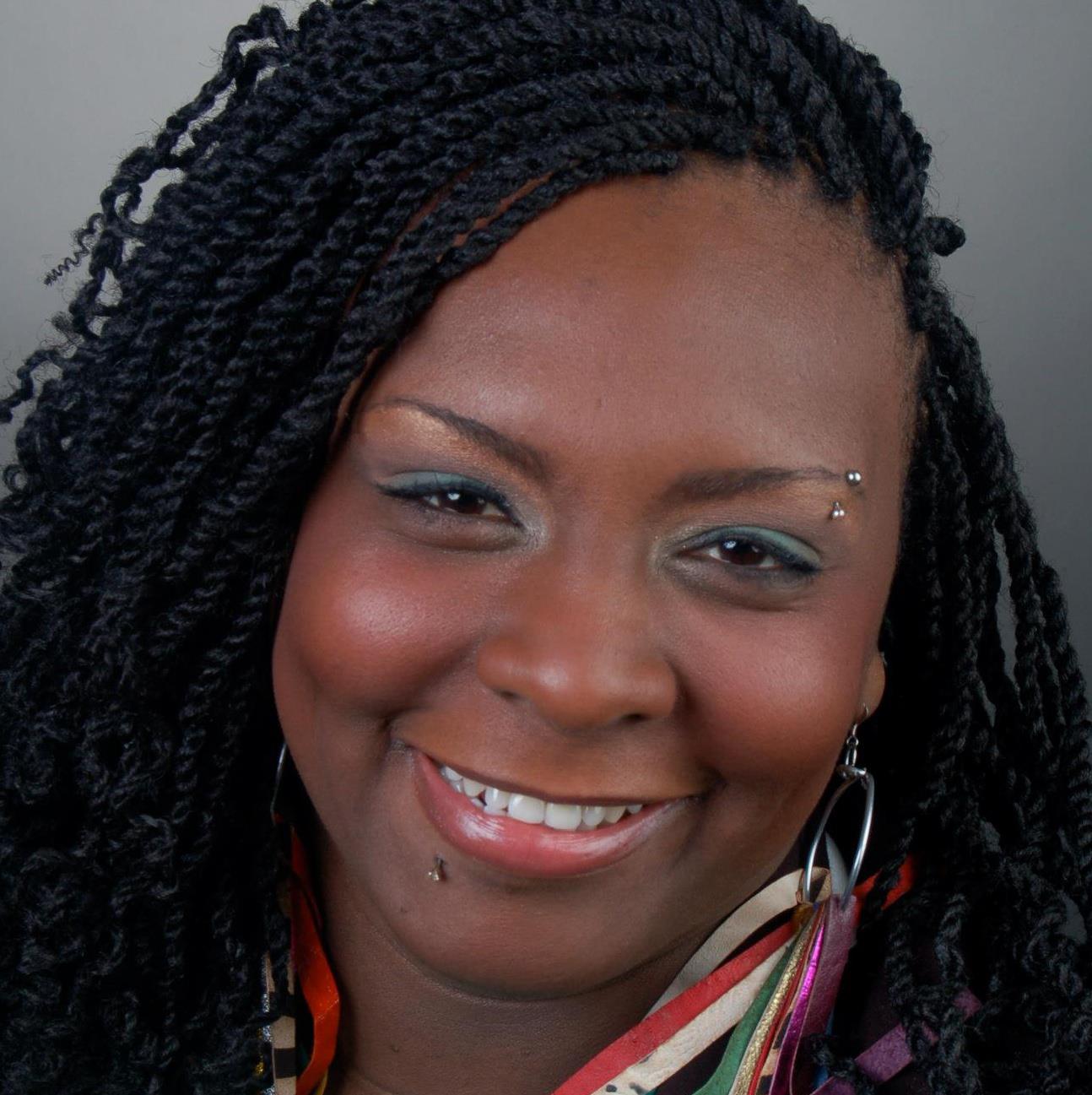 JAZMYN SCOTT is program manager for the new nonprofit organization LANGSTON, housed within the Langston Hughes Performing Arts Institute, created to serve as the hub for Black arts and culture in Seattle and cultivate Black brilliance. She was the curator for the award-winning exhibition Legacy of Seattle Hip-Hop at The Museum of History and Industry in 2015.

Fair memory: “Last year was my first Art Fair experience. What I enjoyed most was attending with my sister and taking it all in together. And wine, obviously.”

Will not miss: “The booth of Backslash Gallery, from Paris. They’ll show work of American painter Fahamu Pecou. I’m a huge fan of Kehinde Wiley and there are some clear similarities and influence of his in Pecou’s work. Plus, I’m naturally drawn to art that reflects Black folk and other POC and our experiences. Jonas Lund will present his work ‘Hype Cycle’ at the booth of New York Castor Gallery. It’s a series of video pieces about how hypes are created. Fingers crossed this is an interactive piece—I love touching stuff!”

Is looking forward to: “Seeing youth from the SAF beneficiary organizations, Arts Corps and Coyote Central, milling around. This is a great opportunity for them to experience art in this type of environment. Youth access and exposure to arts is important.”

Where to go for surprises: “Martyr Sauce’s Out of Sauce event on August 3 for the First Thursday Artwalk. There will be live music performances from local artists and other surprises. Martyr Sauce is one of my favorite art spaces in Pioneer Square due to the diversity and unique experiences they provide.”

The afterparty: “The LoveCityLove Wrap ParTay at Martyr Sauce will include a screening of Clyde Petersen’s film Torrey Pines and live music from LoveCityLove.” 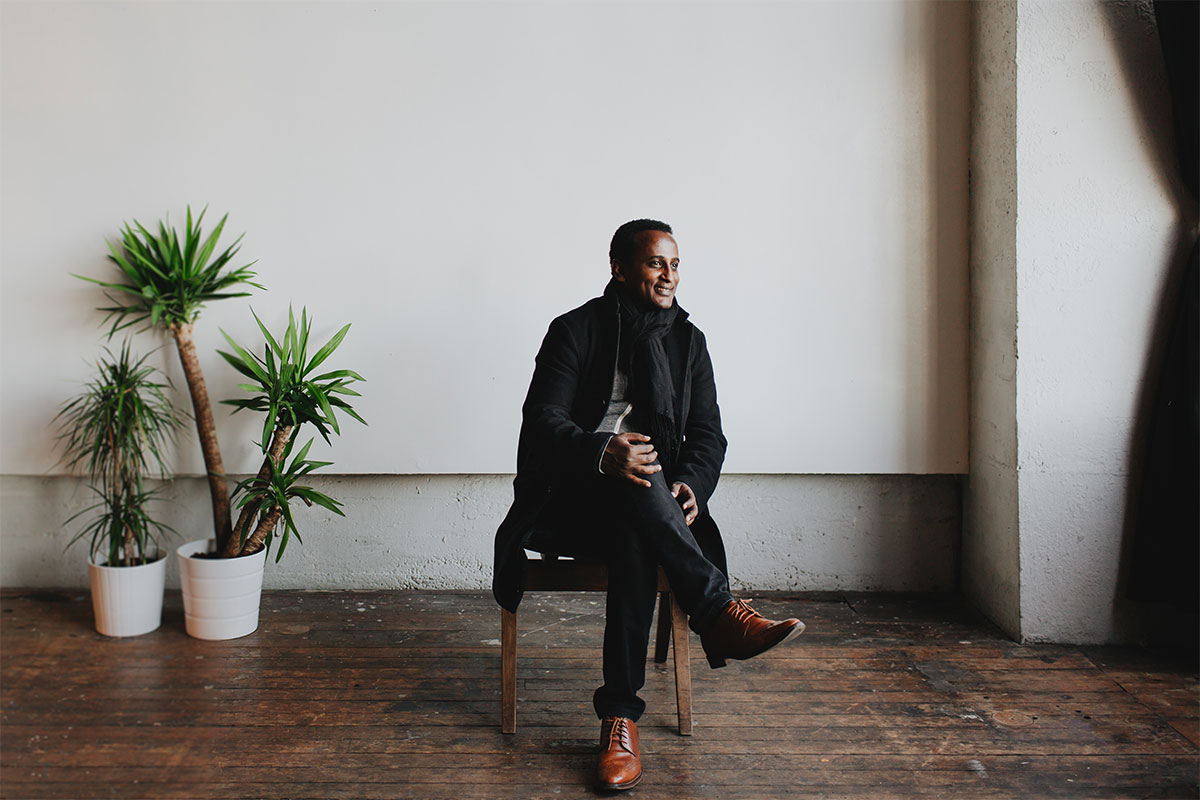 YONNAS T. GETAHUN is an artist, writer and curator based in Seattle who published his first book of poetry, I Hung Myself on the Moon, in 2016. If he’s not writing poetry or working his day job at Zillow, he launches creative projects such as “tcktd”—a series of poems left on the windshield of cars—or a public poster art project about the changes in the Capitol Hill neighborhood.

Fair memory: “Catching myself being pretentious about the location of Seattle Art Fair last year but stopping to reflect about the families walking hand in hand to baseball games—quintessentially American, I think—passing by an up-and-coming international art fair. Not sure if it was exactly foreseen this way by SAF, but I liked the commingling of the two.”

Is looking forward to: “The atmosphere of the opening night of the Fair. The long lines, the idea that there is hope for the arts. The Out of Sight opening gala, where all the baddest motherf*ckers will be looking their best, and maybe dance. Opening night also coincides with first Thursday in Pioneer Square. Check out Juan Alonso Studios—he gets it—and Martyr Sauce. Tariqa Waters also gets it.”

Where to go for surprises: “Out of Sight. Looking forward to seeing what John Criscitello is up to. He makes, for me, provocative work about wealth, class and privilege. He might piss on you and gosh, you hope he does. I’m also looking forward to seeing the work of Casey Curran, Sofia Lee, Kat Larson, Jazz Brown, Tracy Rector, Anna Telcs and Inye Wokoma. If you’re going Saturday, I’d recommend you do it with the Collect team, a social and cultural event that encourages new potential art collectors to get started on their collection. I’m a little biased since I used to be part of that team.”

The afterparty: “This is a good time to expand from visual arts to other types of art happenings. Like Love, a pop-up exhibit of Puget Sound-based female contemporary artists at Base Experimental intrigues me. The founders of Base are incredible choreographers/artist committed to Seattle Arts. There’s also a Festival of Dance Improvisation at Velocity. Check out Ugetsu at Northwest Film Forum for an incredible screening that weekend.” 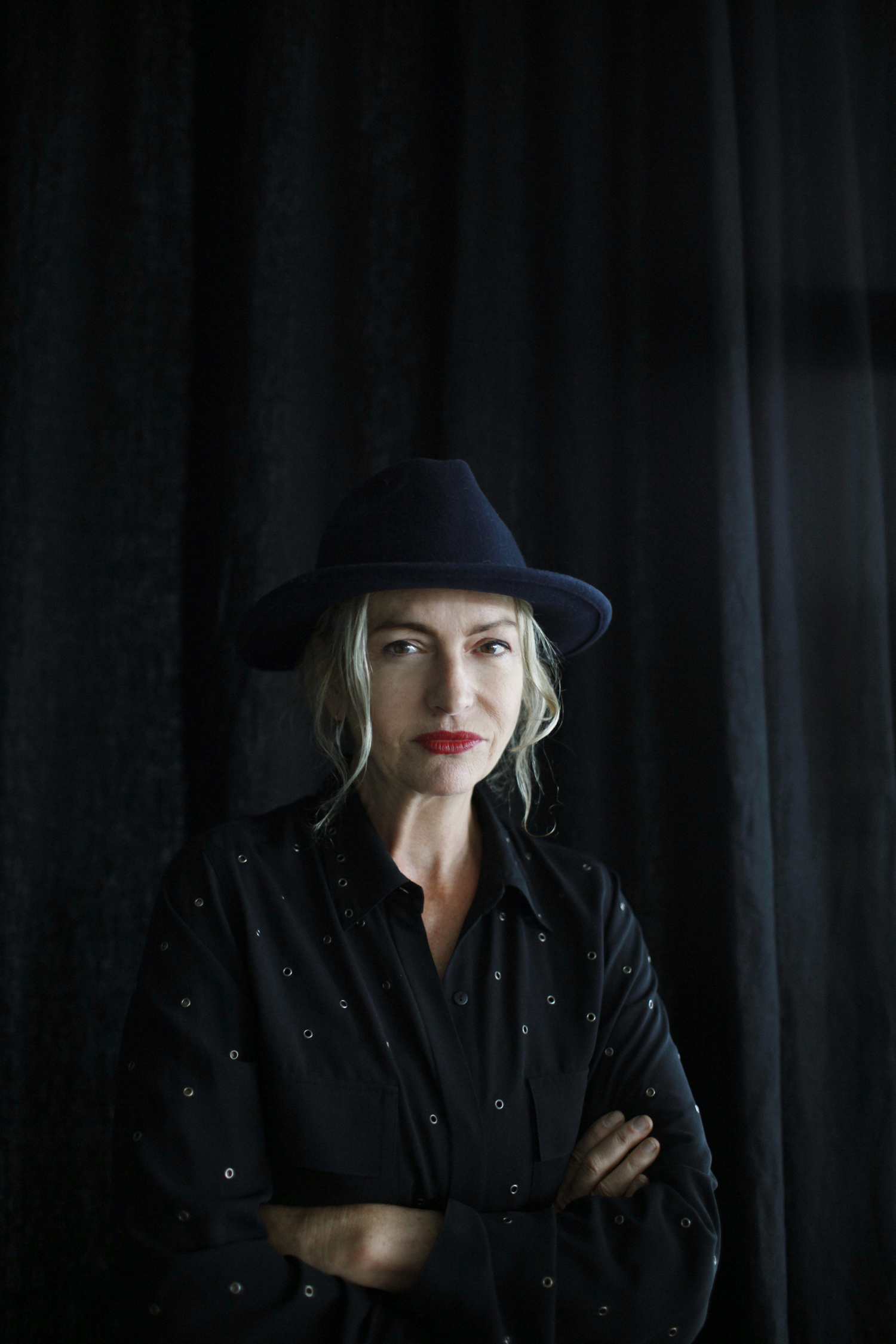 LINDA DERSCHANG is the founder and CEO of the Derschang Group, a group of restaurants, cafes and bars in Seattle including Oddfellows, Tallulah’s, and Linda’s Tavern. Derschang describes herself as a long-time supporter of the indie art and music scenes in Seattle and is an art lover and collector.

Fair memory: “I’ve attended every year so far. Last year, I was lucky to score a Daniel Joseph Martinez gold-plated Liberty sculpture last year at Roberts & Tilton and a beautiful plate by Jeffry Mitchell, who presented a special project with ceramic sculptures, screens, and large-scale drawings during the fair.”

Will not miss: “New work by Amanda Manitach at the Winston Wächter booth. I have an early piece of hers and I’m excited to see what she’s working on now.”

Where to go for other surprises “Civilization’s See Saw exhibit. I’ve been to their Design Lecture Series at the Seattle Public Library and I’m always surprised by their innovative work. The Winston Wächter Fine Art Gallery has a rad group of artists in their space on Dexter and I’m sure their booth will be no different. I also can’t wait to see the solo exhibition by Emily Gerhard, a Seattle-based painter and printmaker, at the booth of Bridge Productions.”

The afterparty: “Out of Sight. I go every year. It’s great to see the artists featured there as well, plus performances, and run into lots of friends.” 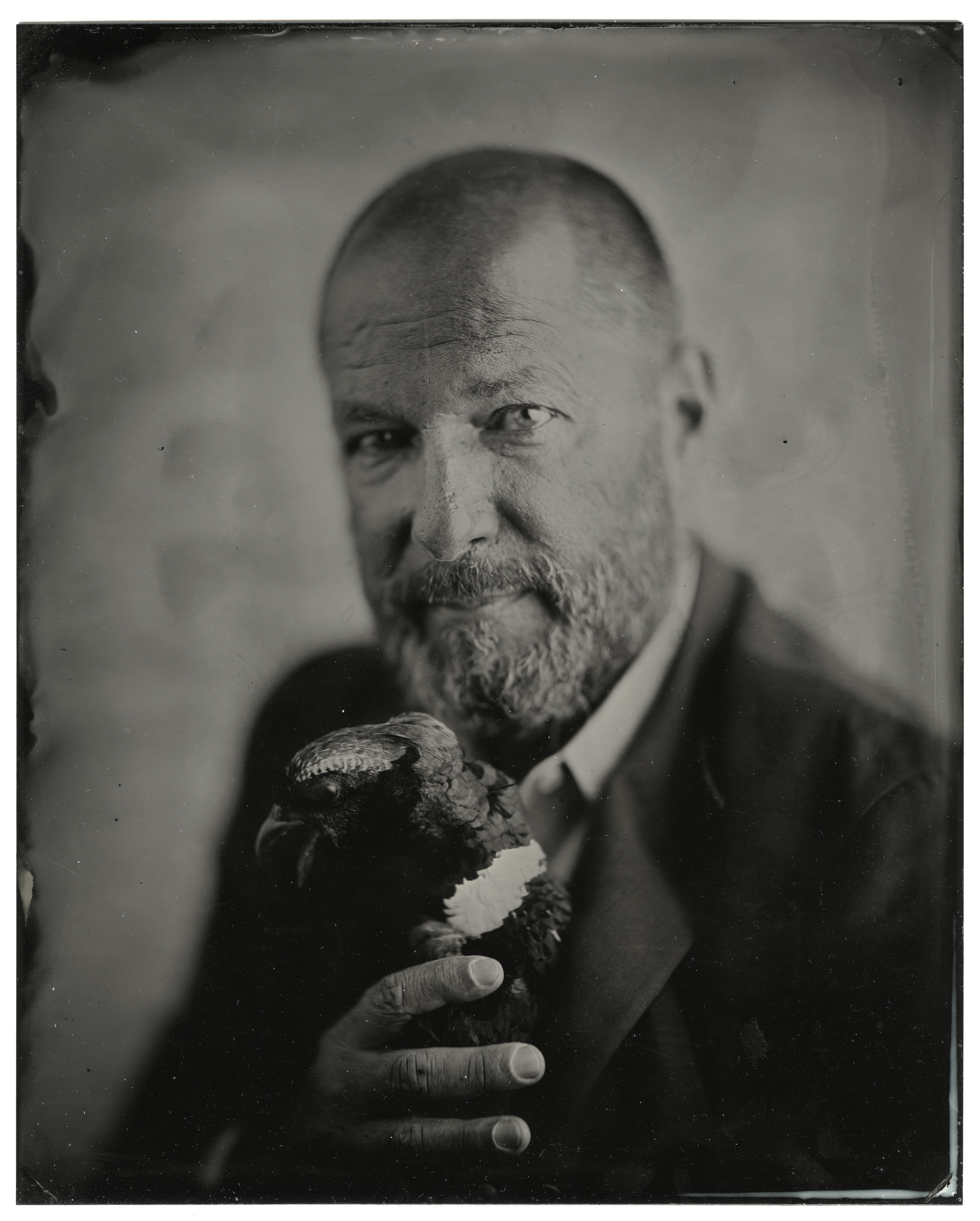 ALAN MASKIN is a principal and owner at the Seattle design firm Olson Kundig as well as the design lead for the current Space Needle renovation, a new museum in Berlin and multiple rooftop parks in South Korea. He bought his first piece of art with his first bonus at Olson Kundig—$500—on his walk home. He’s repeated this tradition ever since and is now a collector of mostly local talent.

Fair memory: “At the Seattle Art Fair, so many of our local galleries and artists are included alongside major international galleries, which gives some of their artists new exposure. Barbara Earl Thomas told me she met a NYC gallerist at the Seattle Art Fair; now she’s represented by that gallery and had a major show there. Seattle artists do pretty well at the Fair from both a sales perspective and in terms of exposure. It’s odd to me that an affluent city like ours isn’t supporting or collecting local work. The Art Fair, Out Of Sight and the increasing number of storefront installations and open studio events bring additional attention and revenue to local artists.”

Will not miss: “Often the satellite shows that crop up around main fairs interest me most, during Art Basel and also in Seattle. Out of Sight—spearheaded by Greg Lundgren (someone please give this guy a MacArthur Fellowship! He’s been pouring his heart into promoting hundreds of Northwest artists for more than two decades, frequently using his own money.”)—features the works of 120 visual and performing artists, most from this region. I got a preview a few days ago and was excited by some of the first pieces installed. Expect great things to come from Dylan Neuworth, Casey Curran, Anna Telcs, Lead Pencil Studio, Electric Coffin and scores more.