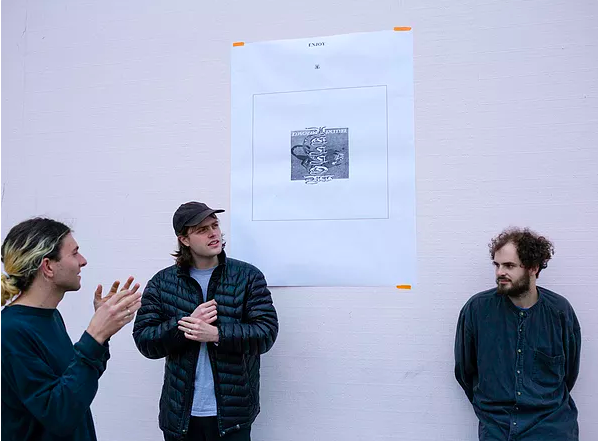 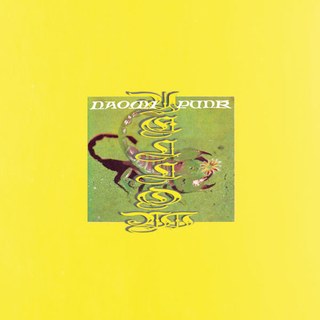 If one speculates as to what Naomi Punk has been pondering since 2014’s Television Man, it seems to be the question of why much contemporary art is so attached to worn tropes and so content to live up to prescribed expectations. To battle these institutionalized artistic ills, the Olympia trio releases Yellow, a monster 25-track double album which houses their weirdest material to date, challenging conventions and their listening public.

You don’t have to listen to all six minutes of “Journey to the Top”’s teeth-grinding repetition to catch the band’s experimental ambitions—their press release shouts their discontent: “‘Rock’ and ‘Punk’ have become so conservative that they are rendering themselves obsolete as they fail to provide new ideas and solutions for anything other than ‘self-expression’ and fake posturing.” No surprise that Yellow is both an interesting creative document and a difficult listen. Picking up Yellow for simple pleasure-rockers a la Naomi Punk’s debut, The Feeling, would be like picking up Infinite Jest as a page-turner.

Those first two full-lengths provided an extended exercise in nuance, wringing an impressive number of chord progressions out of their common jangly, whammy bar-heavy cloth. On Yellow, those big warm guitar riffs have morphed into more chaotic guitar mash-ups, with an impressive assortment of post-production patchwork splattered across the expansive track list. As with their previous work, melodies are at the root of the compositions but here they aren’t revealed easily. Travis Coster’s vocals have always been more punk than pop, but they’ve also never been so up front, and the added pucker in his voice seems like another way of testing the limits of what palatable vocals can be. The band only allows themselves to break into a headbanging jam if it’s layered beneath some demonic-voiced spoken word (“Gotham Brake”), checkered with field recordings (“Yellow Cone Hat”), or if they’re riffing on the Godfather II theme (“Chains”). Conversely, the album’s three most approachable songs, “Chernobyl Carrot,” “Cookie” and “Cardboard,” dangle at the front of the album in a delightful five-minute-and-20-second burst, easing the listener in before the spacier middle of the album(s).

Yellow is an obvious departure from Naomi Punk’s other work. Coster, fellow guitarist Neil Gregerson and drummer Nic Luempert have stripped down their big-volume repetition, and instead grind intensity out of the manic groupings of noise in each arrangement. The band has succeeded in stretching the boundaries of “rock” and “punk” to create a thing that’s equal parts album and art installation. It’s a welcome challenge, but for many listeners, it may be too coarse to hold onto.