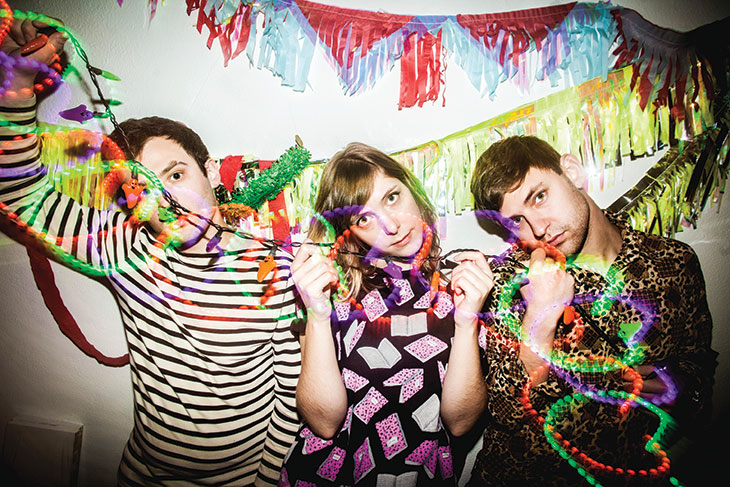 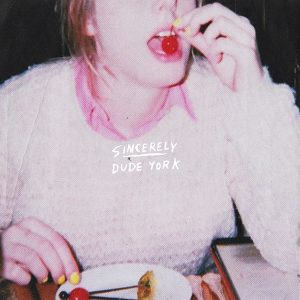 The little band that could finally, definitively did. Dude York, Seattle’s ageless garage-pop power trio, has been steadily releasing seven-inches, EPs and albums since they first formed in 2011. To say a lot has happened during those six intervening years is an understatement of daft, even dangerous, proportions. American culture has passed through the needle’s eye; identity is politics is identity; we exist at the intersection of spectrums. Dizzying stuff, especially if you’re trying to write a song about it. And, apparently, exactly the impossible odds Dude York required to make their most vital music yet.

For their part, the band has swapped labels, shifted members, recorded with a saxophone—restless acts of creation and career sustenance. More important, as a band of young, white rock ’n’ roll types, is their social intelligence, a self-aware humility they channel into urgent, buoyant tunes. Had they remained art-punk miscreants blowing out noisy experiments in their low-stakes hometown of Walla Walla—or even the anthem-rock acolytes of 2014’s excellent Dehumanize—their music might be fun but it wouldn’t be weighty. They wouldn’t have achieved the nuance and vulnerability of Sincerely.

In its guitar-bass-drums format and sugar-buzz exuberance, Sincerely is the same Dude York as ever. Songs like “Paralyze” and “Bit Saloon” follow the old hard-charging, subtly melodic template. Yet in its thematic relevance the new material feels entirely different. (Consider the title alone, the diametric opposite of early, self-abnegating Bandcamp titles like Escape from Dude York and Gangs of Dude York.) Maybe it’s the increased presence of Claire England, the bassist who arrived in 2012, alongside singer/guitarist Peter Richards and drummer Andrew Hall, but these songs acknowledge their fraught cultural context. They aim not just for ecstasy but humanity.

These lyrics by Richards, from “Black Jack,” open the album: “If you fear, or feel afraid/If you find satisfaction from getting paid/Throw both of your hands up, you’ve just been made/You were born different and meant to be that way.” After this declaration of self-acceptance comes “The Way I Feel,” Richardson soar-oar-oaring on the four words of the titular chorus, perhaps modern rock’s most succinct summation of narcissistic social media obsession.

“Love Is” is Sincerely’s lead single for good reason: It finds the band expanding into an entirely fresh and compelling mode. Penned and sung by England, it’s journalistic in its observation and poetic in its expression. With a throaty, assertive voice she sings a litany of romantic scenarios and imbroglios—including a Courtney Love-referencing moment of self-loathing—before summing up the struggle in the extra-wry chorus: “As far as I know/That’s all love is.”

These songs are drenched in angst but elevated by the band’s indefatigable energy, and that energy is the fourth member of Dude York—an intangible but crucial component, wrought collectively, capable of magic.