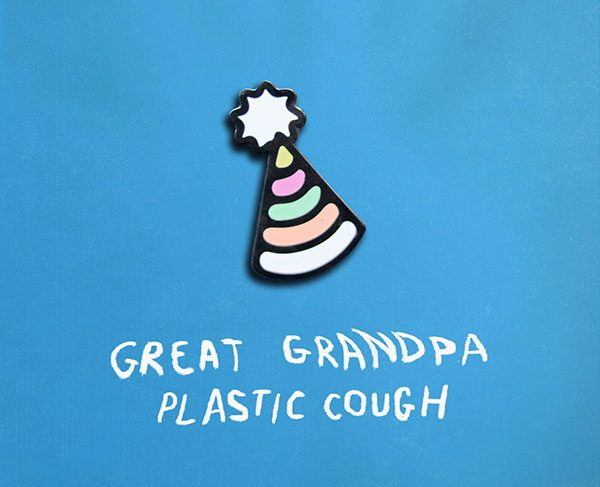 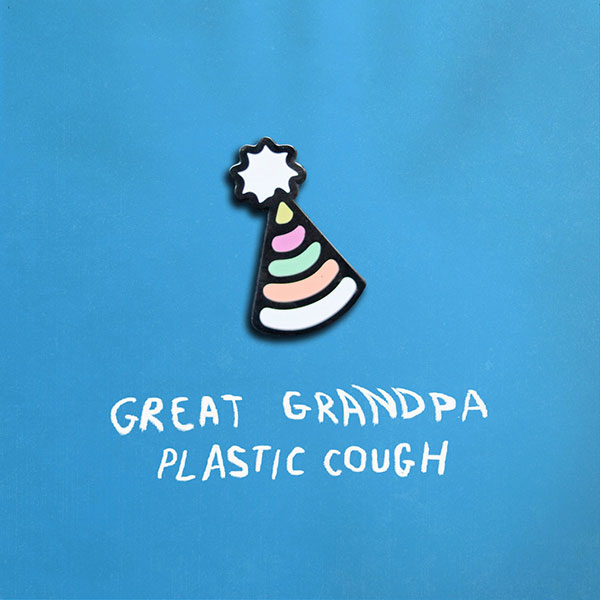 Among the many revelations to arise from the Upstream festival in early May was Great Grandpa, whose Friday night Central Saloon performance was an unofficial coming-out party. The Seattle band had been careening through the city’s buzzy indie-rock underground for a couple years, playing countless house shows and basement parties and releasing a very good five-song EP in 2015 that accumulated some tastemaking attention, mostly from out of town. Given the sizable crowd, several agent- and manager-types present and pending release of their debut full-length album, their Upstream set was fraught with significance. The young group rose to the occasion.

Plastic Cough follows suit. The album finds Great Grandpa taking another step forward on a possible career-making trajectory. “Possible,” because Great Grandpa takes great pains to appear like they couldn’t care less about anything but hanging out and jamming together and—oops!—almost accidentally landing on a riff or sticky hook. Of course that’s mere posture; slacker rock is a proud tradition dating back decades. And yes, Plastic Cough echoes with loose meandering, jangly/angular guitar and ragged vocal harmonies, but upholding it all is attention to craft and accessibility. You can hear it clearly in the album’s quieter moments, which are many. These are skilled musicians making music that’s blatantly fun but also surprisingly subtle.

Album-opening “Teen Challenge” is Great Grandpa’s nod to ’90s power-pop a la Weezer, given a distinctly modern anxiety via singer Alex Menne’s lyrics: “I can’t breathe/Would you give me something/On the off beat?” Dueling guitars chug and roar, doubling back on a chorus and heading to a climax that sounds like several songs colliding, busy and disorienting in a good way. “No” and “Pardon My Speech” are equally over-revved, brisk tempos from the rhythm section pushing interwoven guitar lines. In this mode, Menne’s voice sounds exasperated, like she’s tired of the bullshit and figuring out exactly what to do about it. (The background-vocal chatter on the latter might be the social din she’s trying to escape.) Album closer “28 J’s L8r” stretches past the five-minute mark, time slowing down and speeding up as the singer descends into surreal paranoia, worried that zombies are clawing their way into her house while she’s stoned on the couch. It’s an epic story-song, self-aware and ridiculous.

As gripping as these songs are, Great Grandpa is at their best when they simmer down and find their chill. The album’s centerpiece is “All Things Must Behave/Eternal Friend,” another song that surpasses the five-minute mark—though this one is acoustic and meditative. “All my friends are almost dead,” Menne sings, as if her life force is seeping from her bones right then and there. It’s a poignant moment that casts the rest of the album’s youthful pep in a much more complicated light.