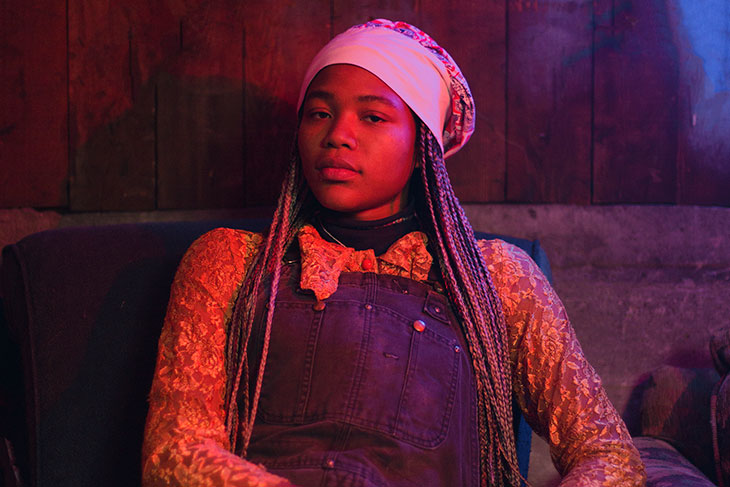 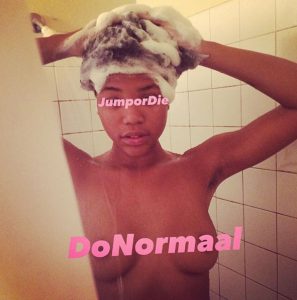 That feeling you feel when you stumble online to find a fresh and enlightened point of view: Don’t take it for granted. The Internet’s perpetual barrage of novelty occludes the fact that most of it is dumb. Just because the link’s in your feed doesn’t mean it’s worth your time.

Instead, point yourself toward DoNormaal, a Seattle musician with an online catalog barely a year old who’s emerged among a fertile field of conspirators and collaborators with a magnetic debut LP. Jump or Die offers a woozy variant of hip-hop, dense but buoyant, with DoNormaal’s vocals variously singsong or plain-spoken, dreamy or undaunted. She’s preceded by Northwest cloud-rap innovators like Key Nyata and the Cloud Nice collective, but in its emotional breadth and lyrical depth Jump or Die is a few steps removed from even those unconventional artists. The whole endeavor is lit by its own internal magic, inherently dark and sensual and alluring, that demands and rewards repeated listening.

Most blithely befuddling of all is “Chocolate Delight,” the tentpole jam that elevates the entire album. In its manic, dusky funk, it recalls Native Tongues at their most subversive (think De La’s “Patti Dooke”), but maybe more stoned and surreal. Over a ragtime-jazz sample that sounds straight out of a Keystone Cops flick, DoNormaal and fellow oddball MC Raven Matthews sprint and drawl and generally fuck around like a pair of linguistic contortionists. “Chocolate Delight” plays like an ode to playfulness, no deeper meaning necessary, and it’s deliciously addictive.

Coming before and after are songs that feel altogether different, many lingering like Northwest winter, sullen and introspective but lustrous when caught in the right light. DoNormaal packs “BlackLifeMother” with the album’s most profound verses, line after line revealing intellect and empathy over a marshal beat by East Coast producer IGNORVNCE: “I didn’t even buy that shit when I was just a baby girl/both hands always on my hips and plotting how I change the world/Angry at the violence on the TV let it settle in/so when they start to kill off all my people I’m still sensitive/I let it rip/focus all my energy a veteran/The universe a mailbox every day I put my letter in.” With a syrupy, horn-led groove, “The Veil” sets a sultry nocturnal mood. Even “Dime,” with its layers of glistening synths and chorus of “Summer’s coming soon/I’m gonna smoke my soul away,” sounds somber, as if DoNormaal’s dubious about her own decisions.

The primary theme of Jump or Die is total artistic commitment and DoNormaal is all-in. But at only 24 years old she’s wise enough to know what she doesn’t know. “I’ve been what I’ve been for so long/Don’t mean it’s right though,” she coos on album opener “Wide Awake.” The music is the process of finding out.