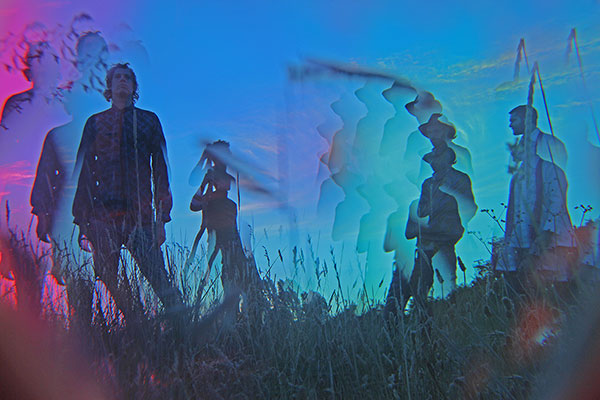 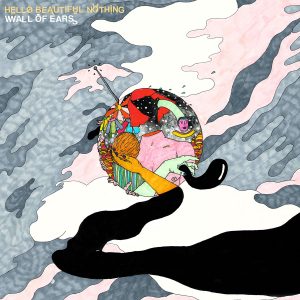 I’m not saying we should stop worrying about the President or the housing crisis or the environment. For any thinking person, blissful ignorance is anathema. What I’m saying is we must commingle our worry with a positive vision of what’s to come, of humankind’s greatest potential, lest we get so mired in the tragedy of the moment that we permanently release our grasp on the future. This is an uncomfortable but crucial exercise, and your guru today is Wall of Ears, a band coming out of relative nowhere and releasing an album, Hello Beautiful Nothing, that we desperately need. This thing is a holographic roadmap toward pataphysical transcendence.

Pataphysics: the imaginary science of imaginary solutions. Empathic ESP, benevolent extraterrestrial contact, cosmic ecstatic union with the All—that sort of stuff. It’s all there in Hello Beautiful Nothing, if not overtly then via lyrical imagery and innuendo, thanks to mastermind CW Lott. A singing, songwriting, multi-instrumentalist visionary, Lott’s made music in Seattle and Massachusetts for a while but this is his first full-blown album, three years in the making, with a crack psychedelic-pop band. It gives so, so much, and it starts by asking you to leave everything behind.

“Come with me through the portal/See what’s behind your mind grime/Our souls align.” Those words, from “Sea Legs,” open the album, like one of those motivational posters you read at the doctor’s office, only this doctor is a neon shaman and the therapy involves levitation. Brimming with luminous synths, a shuffling bassline and Lott’s acrobatic voice, “Sea Legs” demands you lose/get your bearings upon entry. Later, on the sci-fi lounge of “Mind Moves,” Lott croons, “Oh what a miracle/To not be hysterical/With your mind moves.” Seriously! Despite the heady subject matter, Lott maintains a likable persona, challenging but friendly, self-knowing yet devoid of irony. The void is a daunting place but he’s right there beside you.

“Ray Gun” could be an ode to ayahuasca, a true interplanetary escape vehicle if there ever was one, incorporating more inscrutable sounds than belong in one song—layers of guitars, soaring synth chords, an undercurrent of Brazilian-style percussion, disembodied voices. Lott’s compositional skill weaves them into a punchy pop song. “Don’t Ya Know” crackles with barrelhouse blues as Lott affirms, “Don’t ya know/Your little life/Leaves an echo?” He occasionally touches down in consensus reality; the ominous warning “if you see something, say something” ends the classic psych rock of “Floating Off the Line.” Otherwise Hello dwells almost entirely in wide-open possibility: “Everyone loves a balloon in the sky/It knows not where it goes/Doesn’t even know why,” guest vocalist Colleen Louise Barry sings in “Balloon in the Sky.”

Pulsing with bass-driven electricity, album closer “Ooze Out” is a highlight on an album full of them. Lott’s parting words are a mantra for everyone everywhere: “Keep your soft parts alive/Hold your head up so high.”