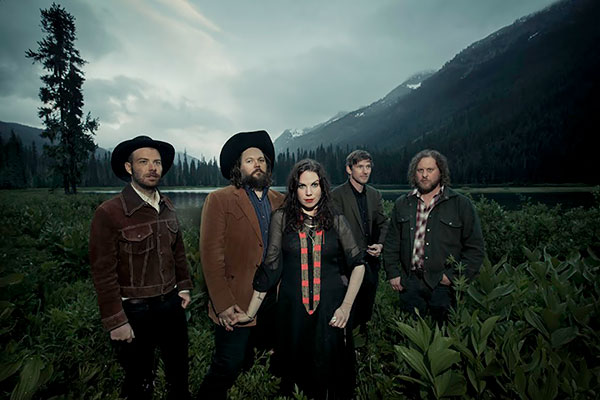 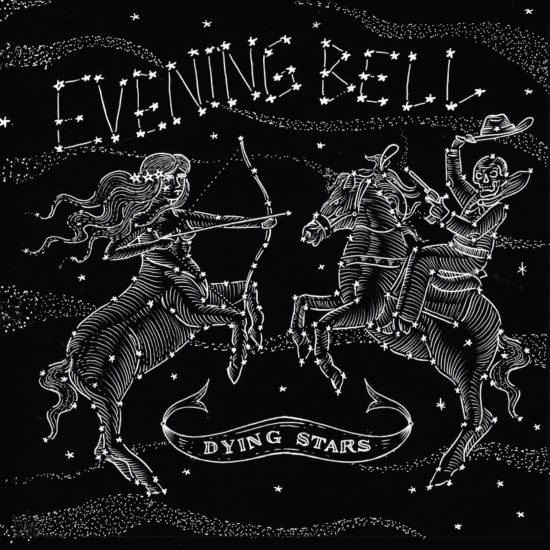 “Keeping Ballard Country,” I wrote of Evening Bell in April, as part of this magazine’s annual Best New Music issue, nodding to a sunsetting segment of local music history. But Evening Bell is bigger than Ballard and their debut album, Dying Stars, encompasses far more than country music.

The album presents multiple entry points. Right up front, it’s the compelling pairing of Hart Kingsbery and Caitlin Sherman, the couple who provide Evening Bell’s singing, songwriting, frisson and friction. From song to song, when one takes the lead vocal, the other hangs back, adding contrast and color. Their occasional unions simply soar. Take album opener “This Bar Room Ain’t Your Church,” an instant classic if such a thing could ever be. Kingsbery tears into the verses, unloading gruff poetry about a scorned, self-righteous barfly: “You’ll never get your fill while you drink away the past.” But it’s the duet on the chorus that lifts the song into climax, Kingsbery and Sherman heartwrenching in wailing tandem.

Sherman also plays Rhodes and piano, adding barroom elegance and rustic soul; Kingsbery plays electric and acoustic guitar with equal doses of surfy aggression and desert drawl. The two are savvy composers who know when to bow out and leave the music alone, and Evening Bell’s most recent addition, pedal steel player John Hyde, is their secret weapon. Check the one-two combo of “Strange Mama” and “Western Theme.” Coming midway through the album, the former is radio-ready pop country, concise and catchy and ripe for beer-swilling singalong, Hyde flecking the song with steel filigree. The latter follows as the album’s only instrumental. Here Eshleman gathers momentum alongside guest strings, campfire percussion and a feeling of sweeping, Morricone-esque grandeur, living up to the song’s title.

Elsewhere details are small, intimate. “Tail Light” is about the budding of Kingsbery and Sherman’s romance, when the two were compelled to keep things mum lest they rock the rickety boat that is Ballard’s tight-knit music scene. “Dead End Friends & Fair Weather Lovers” might be that song’s unofficial prequel, Kingsbery and Sherman taking bitter turns calling out all the failings of a broken relationship. Album closer “What an Angel Does” recalls the beat-up blues of Kingsbery’s old band Hart & the Hurricane, woozy and ramshackle until a slow peel of distorted guitar blows in and carries out the song on a thunderstorm.

If the words Evening Bell and Dying Stars don’t cast enough of a seductive shadow over the music, the cover art by Seattle tattoo superstar Kyler Martz offers much to ponder. Perhaps that’s Sherman and Kingsbery, star-crossed lovers rendered as a pair of constellations? The image suggests a tale from modern mythology, Shakespeare on the range, a love as big and beckoning as the night sky.

This story has been changed to reflect the fact that John Hyde, not Olie Eshleman, is Evening Bell’s steel-guitar player.