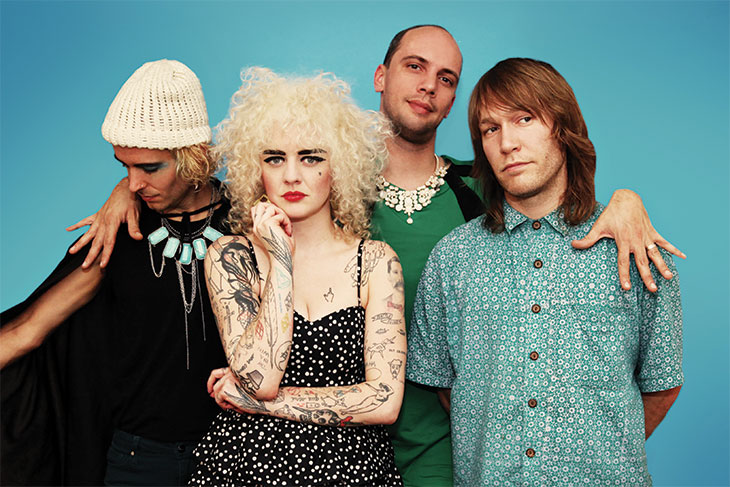 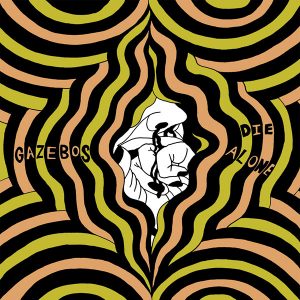 “I’m sitting on Earth/playing my part/is this real life or is it art?” wonders singer Shannon Perry on the climactic “Boys I Like.” Who says the two are mutually exclusive? Certainly not Gazebos, who swap girl-meets-boy pop-song sentiments with bruised truths: “I don’t like the boys who like me/And the boys I like don’t like me back.” To paraphrase the oddball “Ere Specka,” there is no reliable road map to happiness, and trying to follow one makes for a bumpy, lonely trip, as Perry underscores by oscillating between staccato hiccups and longer, drawn-out phrases.

Animating inner monologues with unpredictable sounds, Gazebos eschew easy categorization; the most “punk” thing about this quartet is the abundance of fucks-not-given for following rules. On opener “Just Get High,” guitarist TV Coahran weaves piercing tones reminiscent of prog-rockers King Crimson, underpinned by a goofy, rhythmic bounce that evokes the theme from The Munsters. Likewise, “Maintenance” pulsates with a syncopated beat that recalls Phil Spector’s girl-group variations on Latin rhythms, yet Coahran’s flanged guitar imbues the track with heavy psychedelia. Their cover of “Not Allowed,” originally by early-’80s Long Beach art punks Suburban Lawns, is the most straightforward track on the album, but with its exaggerated tempo shifts and contrasting boy-girl vocals, it could easily pass for their own composition.

Perry’s vocal musicianship rivals her instrumental cohorts’ in its versatility. Her showstopping rendition of “There Are Worse Things I Could Do,” Rizzo’s big number from Grease, is the quintessence of cool—if the key to cool is not caring whether you seem cool or not. (Grease may have yielded more than $400 million worldwide, but it’s still a corny musical, and Perry brings as much heart to her rendition as any teenaged talent show contestant.) If that turn’s not enough to make some talent agency snap her up for acting and voiceover gigs, her shape-shifting elocution on “Blend” and “Sauna” is.

While tech investors dream of unicorns, Gazebos are busy making chimeras and griffins; their songs cavort like fantastic beasts bolted together from spare parts, too strange and strong-willed to care about consorting with princesses. Die Alone feels ridiculous, scary, playful and all-too-real, sometimes all at once…a lot like life.