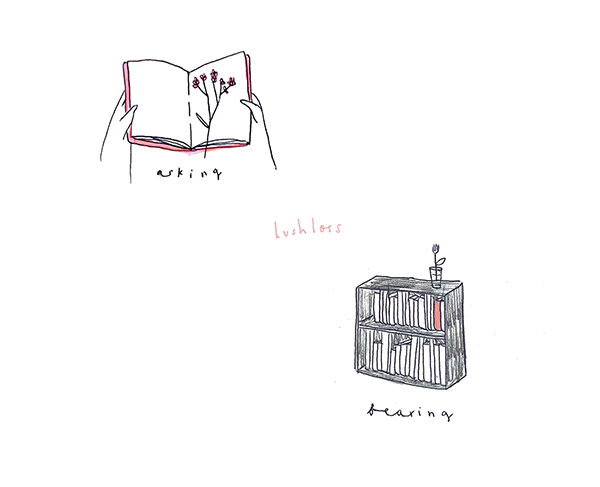 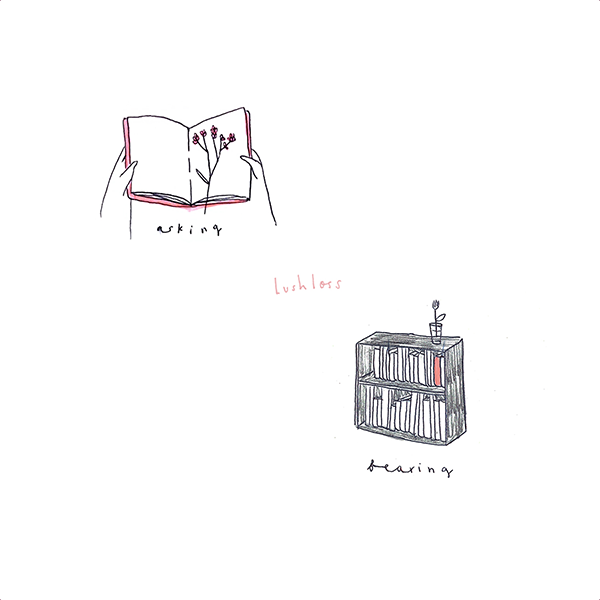 On opposite ends of the quantitative axis, lush and loss relate more to each other in practice than in definition. Gains come at a cost, misfortunes are followed by lessons and new beginnings. Asking/Bearing, the debut album from Seattle transplant Lushloss (aka Olive Jun), rides moods that are alternately somber and hopeful, spending most of its time in the valley between, reconciling memories of having with times of not.

As the album’s title suggests, its 14 songs are divided into two parts marking two distinct aspects of Jun’s songwriting. The first half, Asking, presents songs that are lyrically focused and inquisitive in a very literal way, as the music wraps around audio snippets of conversations between Jun and her mother. The two dance around the specifics of a developing family situation, hinting at death and trauma while recalling events from their upbringing. Often, the conversation cuts to music when the subject matter gets too heavy, like an escape mechanism. The Bearing half, which was actually written first, is pensive and almost entirely instrumental, as if Jun is internalizing newly unearthed revelations about her personal history. Each side of the record informs the other; highlights like “Gutter” and “Clearing” carry more weight with the attached baggage of the artist’s relationship.

It’s a comprehensive emotional document—intimate is an understatement—that occasionally feels a bit too close, like a stranger whispering in your ear. But as far as an opening statement for an artist, Asking/Bearing succeeds as a thorough introduction, both musically and emotionally, because for Jun, the two seem entangled at the roots. “You have to be okay until we get together,” her mother says at one point, and Jun’s reassurance sets the tone at ease for the next track.

Stylistically, the blunted, left-field beats waver with sidechain compression and gather as warped envelopes of sound that are a pleasure to unseal. The closest comparison is Anticon artist Baths. Though Jun’s style is more relaxed, both producers create tender, embryonic environments that convey innocence and bright-eyed exploration of the self. Jun is a beat-maker first, but one who’d rather push the listener to grasp for meaning in distorted vocals and chopped song structures than rely on the familiarity of a cycled loop.

The album’s cover art elaborates upon its concept perfectly. A flower—hand-drawn or pressed—adorns a page in an open book above the word “asking,” and a red-spined book, presumably the same one, is tucked neatly into an otherwise black-and-white bookcase over the word “bearing.” Over the course of the album, Jun lingers on specific pages in her life’s story as long as she feels necessary, dwelling on some, summarizing or skipping others entirely, until it’s time to file each away for the time being, too brilliant to be forgotten.