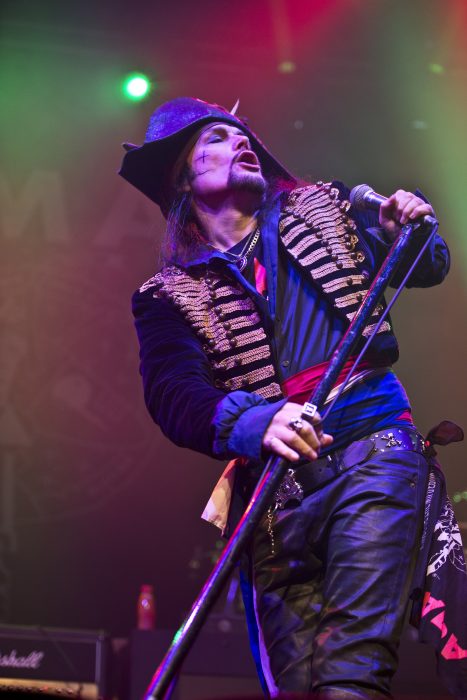 By far, this is the most interesting time I’ve lived in. We’ve all got questions and aren’t sure where to direct them, so I plan on participating in this community discussion with other artists and community leaders at the Langston Hughes Performing Arts Institute, to talk about the role art plays in our current political landscape. —Barry Johnson
Langston Hughes Performing Arts Institute

Gage Academy is known for its devotion to old-fashioned academic drawing and painting, but you might not be aware of their excellent drop-in art history lecture series, with a different guest speaker each week. This time painter Kimberly Trowbridge shares her expertise on landscape painting (let’s be honest: often a snooze-worthy genre). Bursting at the seams with a contagious, febrile love of art and provocative teaching style, her lecture will be anything but a snooze. —Amanda Manitach
Gage Academy of Art

I outgrew guitar heroics a long damn time ago, but I’ve always made an exception for Jessica Dobson, guitarist and singer for Seattle band Deep Sea Diver. Her playing combines the textural richness of goth and shoegazer music with the concise tension of post-punk, and it’s a wonder to hear live. Dobson’s fireworks invariably send her band’s already great, toothy but still melodic pop songs straight into the stratosphere. —Tony Kay
Sunset Tavern

Let the Right One In

Adapting this vampire novel-turned-film for the stage might seem a weird choice, but not in the hands of National Theatre of Scotland dream team John Tiffany and Stephen Hoggett (who made Once and Black Watch, among others). Their movement-heavy style is a perfect for the story of a lonely, bullied teenage boy who becomes friends with an, ahem, unusual neighborhood girl. I can’t wait. Let the Right One In runs through Feb. 12. —Gemma Wilson
Moore Theatre

I lived in the suburbs in junior high and high school back in (hideous datedness alert) the early 1980s. So for this weird kid, Adam and the Ants’ openly goofy, outsized, wall-of-drums pop, and the flamboyant tribal yelp of lead singer Adam Ant, made strong impressions on me. And damned if the songs don’t remain the greatest catchy nonsense ever. It’ll be fun hearing Ant do a victory lap, hopefully goosed by toms loud enough to burst eardrums.  —Tony Kay
Neptune Theatre