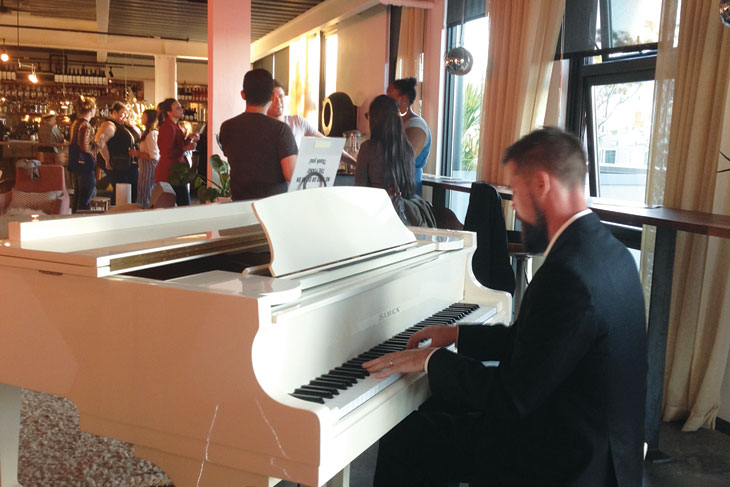 I’ve been a fan of Quenton Baker’s poetry for a while now, but when the images for his Frye show first arrived in my inbox, I hesitated. They’re erasure poems, a form that often feels too clever to me, too easy. But damn if I didn’t absolutely lose my breath upon reading them, knocked back by their power. And the story of rebellion behind the poems, as told by Margo Vansynghel, is just as affecting; no spoilers here, just take it in yourself. I can only imagine what those erasures will feel like, the weight they’ll carry, blown-up on the walls of the museum this month.

Quenton’s not the only radical artist in this issue, not by a long shot. Among the others are this month’s cover star, Tracy Rector, whose presence and impact in our region is immense and whose work as a filmmaker, curator, educator and arts advocate is brilliant and profuse—Amanda Manitach details much of it in her feature. But I’m most in awe of her deep and graceful generosity, her desire to not only make the work, but to bring as many others along with her as she can. In a time saturated with selfishness and personal branding, this is a revolutionary act in and of itself, a way of kicking the gates wide open.

This month’s third feature, by Sarah Galvin, profiles yet another provocateur: writer and activist Mattilda Bernstein Sycamore, whose new novel vividly depicts a queer, nonconforming world that insists on change in the mainstream.

If you’ve been following along with the City Arts journey to independence, I’m happy to say our membership program is now up and running. That means you can help protect and strengthen local arts journalism while reaping a variety of lovely benefits. We can’t do it without you! Learn more and jump aboard at cityartsmagazine.com/membership.