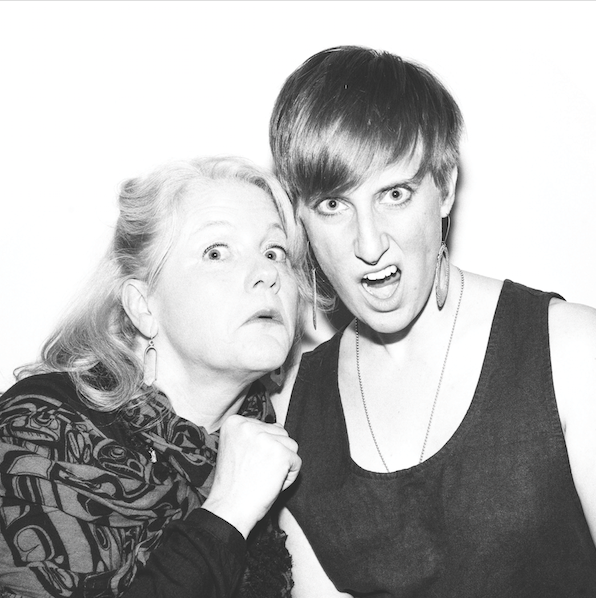 Watching Jody Kuehner and Keira McDonald laugh their way through a presentation on their upcoming Genre Bender performance, you’d never guess that their collaboration was born from a dark idea.

“Someone falling down the stairs is really funny—unless they die,” McDonald says. When Kuehner and McDonald first met and began working together, they found a common interest in exploring that intersection of laughter and death, humor and pain: the absurdity that comes from catastrophe. To get things rolling, they told a lot of stories about people dying in tragic ways, of which McDonald says she has many and Kuehner really has just one, about her cat.

“We’re all going to die, but we have no idea how or when. It’s the greatest mystery of being alive,” says McDonald.

Kuenher is a modern dancer, best known for her larger-than-life drag/dance persona Cherdonna Sinatra. As Cherdonna, Kuenher dives head-first into big, introspective topics through spectacle and glittery absurdism, buoyed by the physical freedom that comes from impeccable dance technique. She was one half of beloved duo Cherdonna and Lou, and premiered her first full-length solo show, Worth My Salt, last fall at Velocity Dance Center. McDonald is a teacher, solo performer and clown, which also demands incredible physical specificity, as well as precise stage craft and script structure. So it’s no surprise these two will be making a physically demanding show, layered with detailed, absurdist comedy and of course, high-level costuming. There are also show tunes, dances and natural disaster in the mix—and some surprise material that they’re keeping from one another until the big night.

Kuehner and McDonald will reveal their complex piece on the stage of the Cornish Playhouse for two performances only on Friday, March 4 and Saturday, March 5. Get your advance tickets here.

Learn about our other Genre Bender 2016 pairs!

…and more coming later this week: