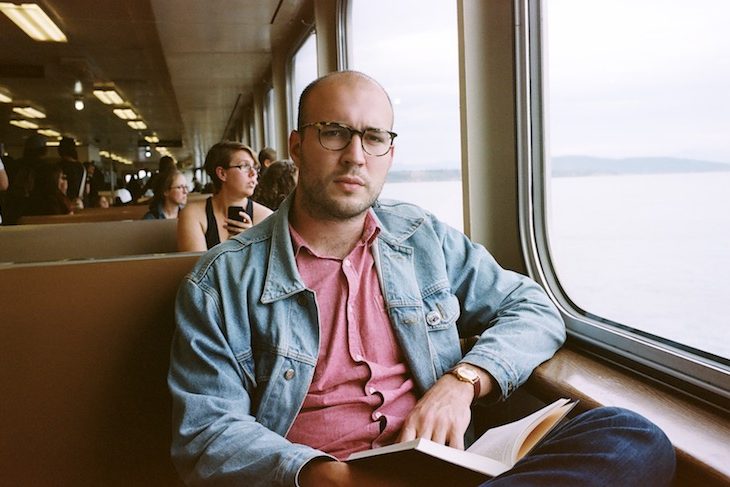 In 2010, about a year and a half after moving to Seattle, the rent on my Capitol Hill studio climbed to $750 a month, a sum I deemed ludicrous. And so I moved into a squat shotgun house on Union Street that had once been a venue for punk shows. My rent got cut in half, and I got a shelving unit made out of milk crates in the bargain.

For years the house—which readers might know as the Ark or Chilladelphia—had been a popular party spot; once I brought home a Seattle native who eyed the bathroom across from my bedroom and said sadly, “I threw up in there when I was 16.”

By the time I moved in, the house had been rechristened the Chillton, and had graduated from punk house to liberal arts hovel. I shared a wall with a theater operations manager, and in the basement lived a couple, both writers, and an actor. We had a weekly writing group and hosted occasional readings. We discussed Meaning a lot, both facetiously and with earnest, worried intensity.

We were poor, but poor in the way of educated white people with predictable ambitions and the bad jobs to barely finance them. One half of the couple, who I am lucky to still count among my best friends, worked for a while as nanny. One day, she returned home with several pounds of frozen salmon that the family she nannied for had given her. The salmon was something none of us would have purchased and we were unsure how to cook it. It sat for several weeks in the freezer until the fridge broke and we had to fry all of it at once.

If the Chillton was anything, it was dark. The kitchen, its one large window obscured by an overgrown laurel bush, was especially gloomy. This permanent twilight disguised the scarred linoleum and pulverized granola that collected in drifts beneath the kitchen table.

The house was not exactly derelict, but it was not well cared for either, by the renters or by the management. Whoever had signed the lease had moved out years before I moved in; in fact, it was an open question who was even on the lease. As a consequence of this informal arrangement we, the renters, did not feel compelled to maintain the house, just as the management rarely felt compelled to respond to our requests for repairs. Sometimes repairs arrived unannounced: My roommate once opened the front door to find the stairs to our porch had been dismantled. We had to use the back entrance for a week, and when the new stairs were installed they were crooked and dangerous.

Another time I woke up to a house-painter, stationed just outside my window, loudly recounting a near-death experience: “I was dead for five whole minutes. I’m a goddamned miracle,” he shouted. It was around 8 a.m. He only finished painting three-quarters of the house, and we never saw him again.

We had squirrels in the attic. They gained the roof via the laurel bush and then chewed a hole in the shingles. I would hear them tearing back and forth across the beams above my bed. After weeks of calls, the maintenance man finally came to deal with them. He placed a few traps in the attic and then sealed the hole in the roof with a foam spray that hardened into a mustard-colored tumor. One of the squirrels was trapped inside the house and died in a wall. Soon great black flies, born and nourished on its corpse, made their way into the house through a wall sconce in the basement bathroom.

A while later, the couple split up. The night he broke up with her, she asked me to sit with her. She owned a small guitar and she played me a song she had written for a different, earlier boyfriend. It was sad and beautiful and it made me uncomfortable. I was uneasy then, as I sometimes am now, with people revealing themselves to me; vulnerability has always made me feel like something is being asked of me. I believed intimacy was a terrible kind of permeability, and that once the membrane between people became porous it was somehow compromised. I was wrong, of course, but I didn’t know it until much later.

Eventually I moved out of the Chillton and into the high-ceilinged house of the woman who’d thrown up in my bathroom so many years ago. In our new house, my girlfriend and I had lots of light and a fridge that never broke and I came to realize that permeability was just another kind of structure. But that relationship ended, too.

Recently, my former roommate and I got lunch together at Westlake Park to observe the anniversary of her father’s death. We talked about him for a little while then went to buy some Diet Pepsis, her father’s favorite, and walked to the pillars at Boren and Pike to drink them and look at the freeway.

In the five or six years since we’d sat together on her bed, she’d gotten married and I’d fallen in and out of love. My friend and I were both past 30, with the same ambitions and slightly better jobs. A lot of things had changed, and very little. What I had learned in the interim was how to say: I love you. I’m sorry. I mean it.