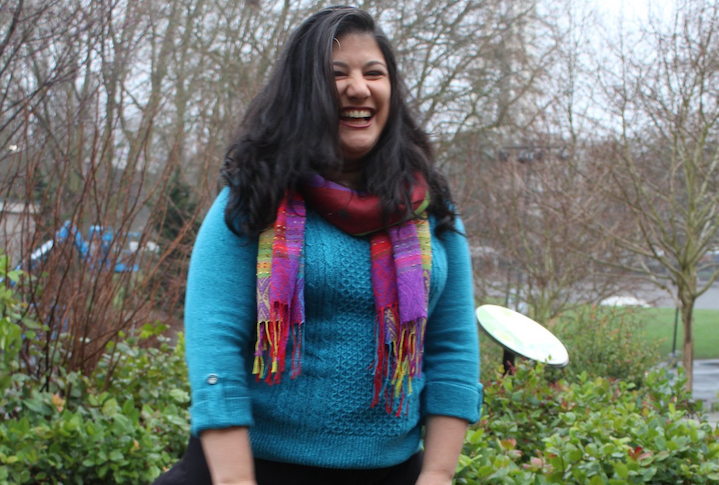 Mission statements are a critical north star for artists, but for theatremakers they too often become creative manifestos, diminishing the role of business in their success and keeping art and money separate for the sake of artistic purity. That feeling, in turn, perpetuates the myth of the starving artist, which theatre artist Arlene Martínez-Vázquez has no time for. “We would never say, oh, my brother is a starving lawyer,” she says, laughing. “That is just not acceptable, and for some reason for artists it is.”

That’s why she started her company, Thriving Artists, with a mission statement that has a business plan baked in: “Thriving Artists uses coffee and theatre to translate strangers into neighbors. We present works of theatre that have never been translated into English before and we present them in mainstream theatre venues as well as in the communities represented in our plays.” Simply put, let’s sell coffee to finance art.

On arriving in Seattle in 2009, Martínez-Vázquez had a hard time adapting to the local theatre scene because she wasn’t seeing a clear pipeline from Seattle’s fringe to its main houses, or an understanding among the city’s theatregoers of what making theatre, even fringe theatre, really costs. “Seattle really is a theatre-loving city,” she says. “But I think people think you pay $10 for your ticket and you’re supporting the arts, while artists are being paid $25 to do the show.”

As Martínez-Vázquez toyed with the idea of starting a company in 2014, she was inspired by the four years she’d spent abroad studying and making theatre. “In England, theatre is very much a part of people’s culture,” she says. “A lot of pubs have theatres on top of them, so you can see a play for five pounds that changes your life, and then come back down and talk about it over a beer.” That same year, she was selected to participate in the National Association for Latino Arts and Cultures (NALAC) Leadership Institute. During that two-week intensive, everything came together.

“Talking about boards, talking about drafting a vision and mission statement and finding your purpose I thought, you know, if I have a contribution to make to theatre, it has to be to end the myth of the starving artist,” she says. Instead of building on England’s staple establishment, the pub, Martínez-Vázquez realized that getting theatre ingrained in our local culture would be better served by building on Seattle’s staple, the coffee shop.

2018 is a huge year for Thriving Artists. They’re selling coffee every Saturday at the Shoreline Farmer’s Market and had their annual gala fundraiser in March. In July they held their second-annual Thriving Artists’ Market, which invites local artisans to sell their work at a brewery, in this case Lagunitas, that donates 100 percent of beer proceeds sold during the event to the theatre company. This summer and fall they remount Proof Porch Project, an outdoor bilingual adaptation of David Auburn’s Proof, at locations around the state, and in November they’ll present Juan Palmieri, written by Uruguayan playwright Antonio Larreta and translated by Martínez-Vázquez, at ACT.

“It’s really important for the affluent Seattle theatregoers to see more Latin American stories that have nothing to do with farming or immigration or walls—which are all important stories, they’re just not the stories I want to tell right now,” Martínez-Vázquez says. “And we also want to go to communities who don’t get to go to the theatre and who have never seen themselves on stage.”

She’s not doing it alone. “We have a pretty large kickass team of women pushing everything forward,” she says, of current collaborators Ana Maria Campoy, Marquicia Dominguez, Karina Garcia, Roxana Pardo García and Samantha Canela.Martínez-Vázquez hopes next steps include more farmer’s markets; then building a coffee cart. Hopefully, years down the line, there’ll be a brick-and-mortar in the English model: coffee on the ground floor, theatre above.