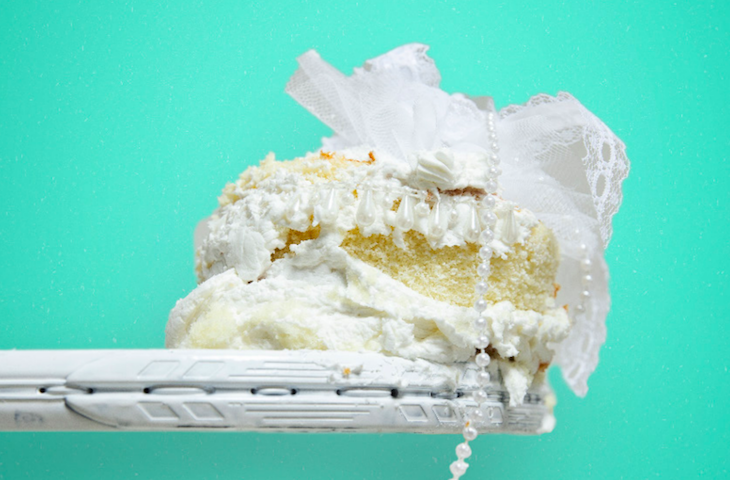 Photo courtesy of 'The Magazine of Glamorous Refusal'

Clamato Budweiser. A million microaggressions. Jobs that look good on a resumé but are ultimately unfulfilling. A $20 IHOP tab. When I ask Emily Orrson, Niala Zakersnik, Pari Gabriel and Anna Dawson to list some things they wished they’d refused, their answers vary wildly.

Saying no is hard. That’s why Orrson, with design and art direction by Zakersnik, Dawson, Gabriel and others, started a magazine dedicated to the subject. The Magazine of Glamorous Refusal, she says, celebrates womxn and everyone else for saying no in a world that conditions them to say yes.

“I find it really hard to say no,” says Orrson, a short fiction writer and marketing manager for Microsoft’s wildly popular Minecraft game. “To everything—to serious things and silly things, like a side salad—I default to yes. I say yes even before I hear the question. This magazine was born out of a desire to live in a world where it feels totally comfortable to say no, and not disappointing, lame or guilt-inducing, but can maybe even feel powerful, glamorous, rad and sexy.”

Because of its limited print run of 1,500 copies, The Magazine of Glamorous Refusal is technically a zine. But with its heavy, sleek paper and hyper-stylized pop photography, it feels like the lovechild of glossy indies like Gather and The Gentlewoman—except it’s just 30 pages long. The photography—by Victoria Kovios, Alex Britt, Megumi Shauna Arai—inspired the slew of short texts, including a Q&A with a licensed mental health counselor about gender equity reconciliation, fiction writing by Orrson, poems by Anastacia-Renée, short nonfiction pieces dealing with the Pink Tax and tips from female entrepreneurs.

Originally Orrson’s scope was slimmer. Three years ago, she half-jokingly bought the domain idontwannahavesex.com, and for a while, it was the name for this project. The magazine concept moved past issues of consent to include a broader take on the multitudes of refusal while adding a positive ring to saying no.

Glamorous Refusal debuted in October with a launch party at LoveCityLove. Orrson hosted a month of events in the pop-up space there, including an art show of photo prints and neon by Koko Jamison and Yale Wolf of Studio Glow, demonstrations and a photo show by Skate Like a Girl, free head-shavings, yoga and soap-making workshops. Orrson plans to publish biannually, with the next issue slated for spring. Limited copies of the debut issue are available via glamorousrefusal.com and amazon.com, and at Arundel Books, Mount Analogue and Elliott Bay Book Company.

“No” means more than delineating the boundaries of our bodies. “No” can also be about rejecting bullshit. About refusing to be undermined and disbelieved.

Rejecting the suggestion that nothing’s changed, that our bodies still do not matter. Protesting and dissenting. All of which doesn’t necessarily amount to a negative; saying no to all of this can constitute saying yes to anger. That feels new in a world that, as Soraya Chemaly writes in her new book Rage Becomes Her: The Power of Women’s Anger, has punished womxn, specifically womxn of color, for being angry. As she writes, we “go out of our way to look rational and calm.” To comply, to say yes.

The idea of refusal reaches further still, says Orrson. There’s so much to say no to: climate change, the Trump administration, xenophobia, white supremacy, systemic oppression, racism. “There are a lot of things around refusal that merit talking about,” Orrson says. “This could be a movement.”

Find out more at glamorousrefusal.com.