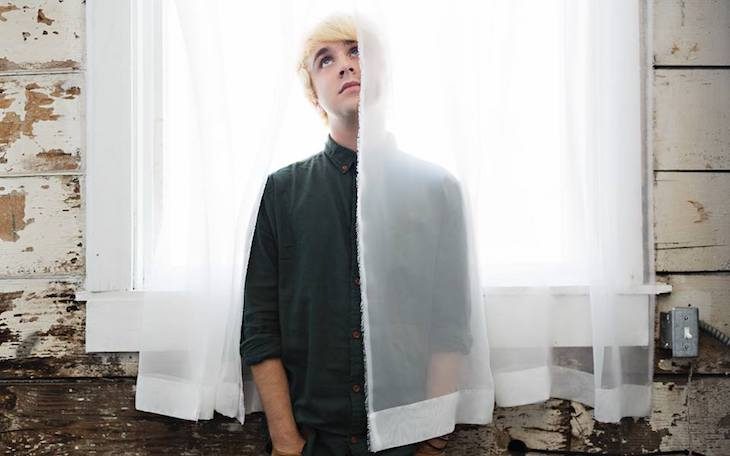 Below culture is subculture, and below subculture is sub-subculture. But what about that mysterious, inscrutable hmmmm… lurking even further below? That unshakable sense that something is a little off, not quite right, in terms of our skewing morals and the very nature of our perception of the universe?

The further we stray from basic human values, the more damage we do to consensus reality; the deeper we burrow into individual identity, the further we depart from objective truth. Through these tears in the fabric of default reality, weirdness is seeping through. This convolution is neither good or bad, nor is it fact. It’s a feeling.

Anecdotally speaking, interest in the occult is at an all-time high—just ask Bri Luna, aka the Hoodwitch, Seattle’s Internet-famous purveyor of ancestrally divined esoteric insight, whose tagline is “everyday magic for the modern mystic.” Or check out the social-media node known as Liminal Seattle, “a map of the strange, wonderful, unusual and unexpected” launched earlier this year. One could even point to deep-state conspiracy theories like QAnon as an embrace of the supernatural.

Into this fog of the counterfactual arrives Look Up Fest, a brand-new confab of music, visual art, good beer and strange vibes. This Sunday, at Machine House Brewery, seven bands of a particular mind-bending bent will take the stage over the course of several hours, illuminated by hi-def projections and interspersed by readings from the Liminal Seattle archives. The festival shares its name and point of origin with Look Up Records, a label launched last year by Seattle musician Bill Darksoft. With its cute/slick UFO logo and fuzzy focus on “high strangeness,” the label and the festival couldn’t be more of the moment.

“There’s a lot of inspiration in the paranormal in the Pacific Northwest. So many people have been inspired by Twin Peaks, X-Files, this strange mood,” Darksoft says. “There are a lot of groups referencing it, if only slightly—bands, artists, musicians—in the general dreamy psychedelic vibe. It’s out there and I’ve wanted to unite that and form a community around a new sound.”

With bedroom-pop headliner Hibou and support from elfin-voiced singer-songwriter Whitney Ballen, radio-ready indie-pop quartet Headwaves and more, including Darksoft’s own band Close Encounter, the lineup doesn’t offer the kind of traditional, liquid light show, “In a Gadda Da Vida”-style psychedelia one might expect of “a paranormal music festival.” This is a new version of head music, one that deals more with inner anxiety (read: opioid-induced, technologically enhanced paranoia?) than the lysergic realization of universal oneness. Darksoft describes the music as “more dreamy, more thought-provoking” than traditional unabashed psych rock. Still, pinning down a common thread among Look Up’s lineup is difficult, even for Darksoft.

“It has to do with taking a critical look at digital communication and how people are connected now in this hyper-realized world,” he says. “That’s the best I can do. There’s a trend with this interest in the occult and people want something new in their lives that’s different from the mundane and I wanna explore that, and tell people that’s beautiful and it’s OK to feel that way. To encourage interesting ideas, to communicate through sound.”

To further the outre vibe, Look Up will involve atmospheric light and sound elements, Instax cameras for people to use, a Theremin to experiment with. Liminal Seattle will have a booth for people to share their encounters, “giving people a reason to stick around and feel more involved,” he says. Which speaks to a larger theme that Look Up slots into: Among the modern proliferations of the paranormal, some are studied, disciplined and serious while others are more playful, intuitive and dilettantish. But they all seem to embrace the softer, more user-friendly side of the paranormal, as if the unknown is a playground and belief is a swing set to enjoy—or walk away from—at will.

It’s a nebulous conceit, Darksoft admits. One purpose of Look Up Fest is to try to coalesce it and establish a community around it.

“Pulling from the artists involved that night, that’s gonna be the general mood and maybe defining point,” he says. “For something this new, it’s hard to nail down the exact pulse. I wanna keep going and see where it leads.”

Perhaps it leads to a better world in a very real sense. I mention the famous Yippie attempt to levitate the Pentagon during the 1967 March on Washington—the first major instance of countercultural collective action merging with acid-induced weirdo activism with an explicit political goal. In that case, it was to stop the war in Vietnam; historians consider the stunt a certified turning point. Darksoft is open to the idea of a higher purpose.

“There’s a lot of room for public good,” he says. “We’ll have to do some soul searching to realize what that is. I like having a brand that’s displaced from the hardship and stress people are feeling with whatever political schematic is in place. Offering people a way to escape, if only briefly, is important. But it’s new. We’re keeping an open mind.”