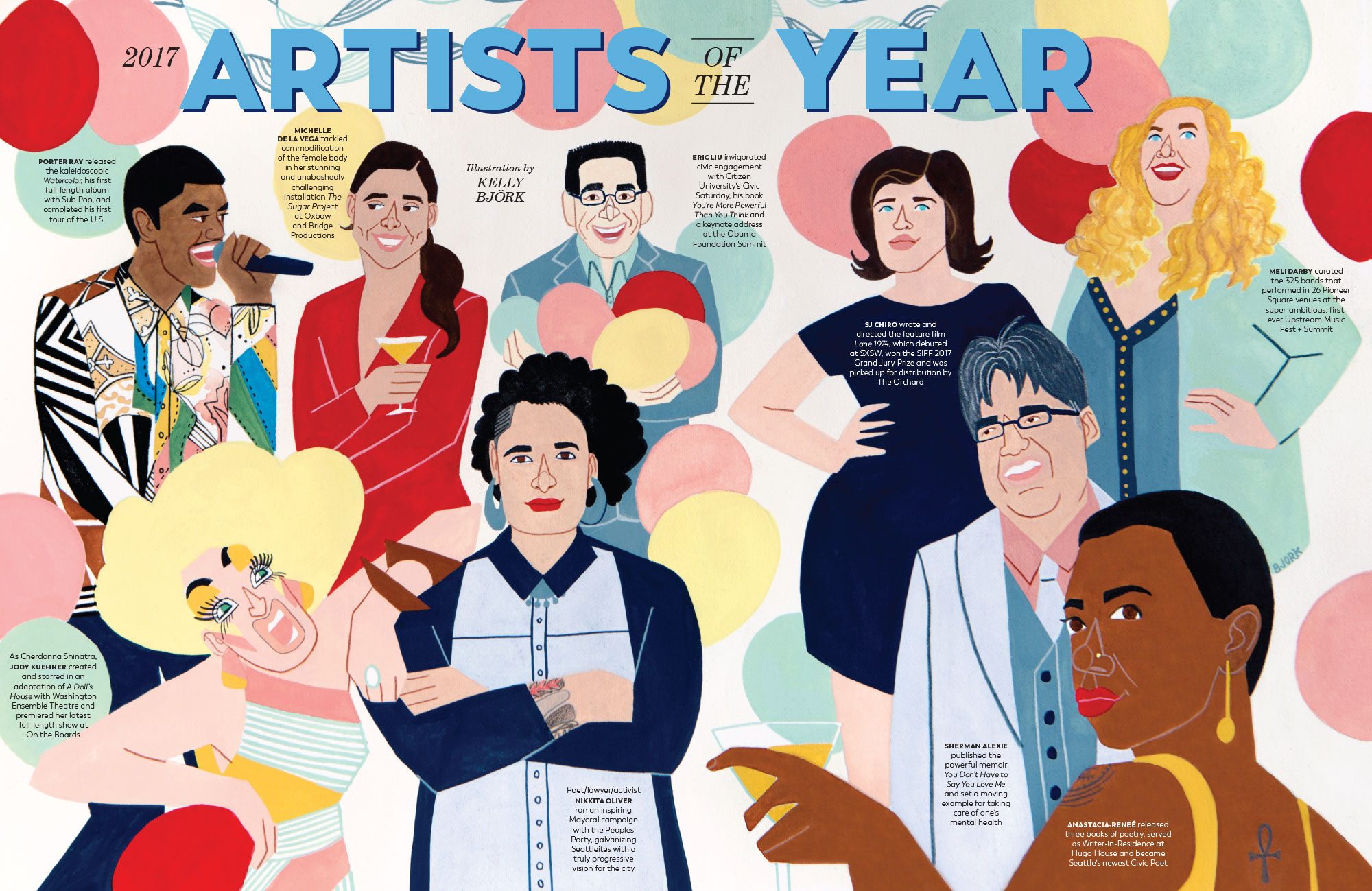 2017 Artists of the Year. Illustration by Kelly Björk

Porter Ray released the kaleidoscopic Watercolor, his first full-length album with Sub Pop, and completed his first tour of the U.S.

As Cherdonna Shinatra, Jody Kuehner created and starred in an adaptation of A Doll’s House with Washington Ensemble Theatre and premiered her latest full-length show at On the Boards

SJ Chiro wrote and directed the feature film Lane 1974, which debuted at SXSW, won the SIFF 2017 Grand Jury Prize and was picked up for distribution by The Orchard

Poet/lawyer/activist Nikkita Oliver ran an inspiring Mayoral campaign with the Peoples Party, galvanizing Seattleites with a truly progressive vision for the city