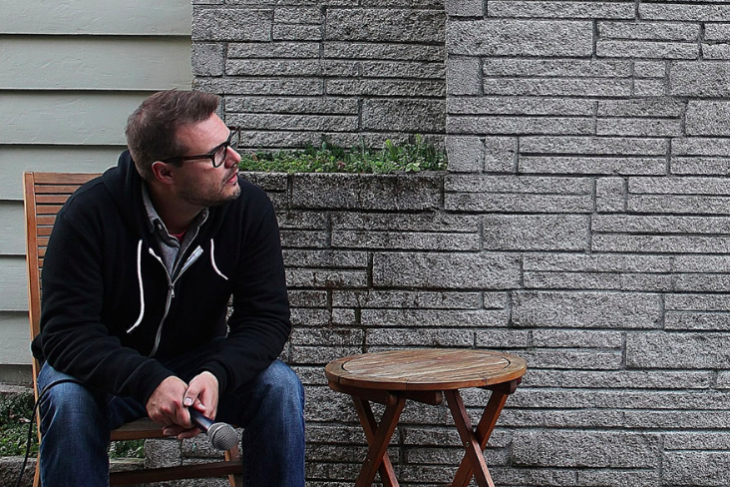 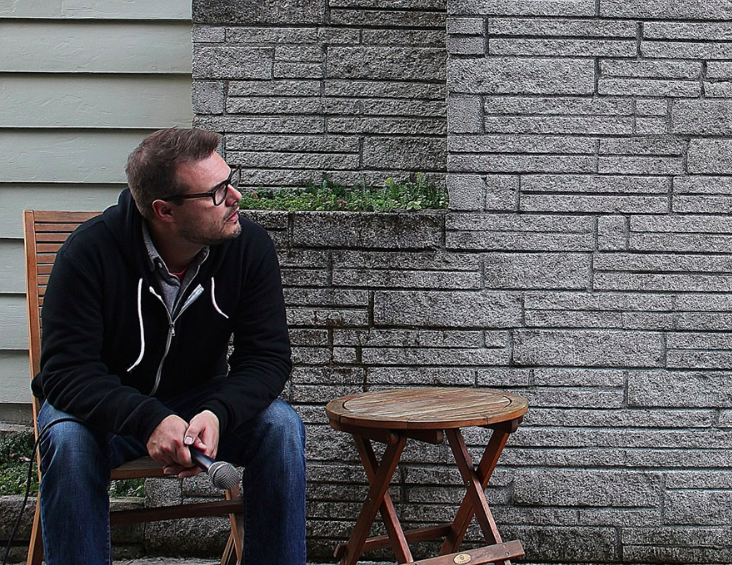 Podcasts might be the only purely good thing that the Internet has ever produced. Every other amazing innovation brought forth by the World Wide Web carries with it some hidden dark side, except podcasts. Sure, some (possibly millions) of them are unlistenable, but it is really easy to not listen to a bad podcast. You might say it requires absolutely no effort whatsoever. And the benefits of podcasts are stratospheric. There was once a time when I had go jogging with nothing but my awful, boring thoughts to keep me distracted from the painful, repetitious monotony. Now I put on Comedy Bang Bang and probably look like a complete raving lunatic as I laugh-run through the park. Jogging is downright tolerable.

The best part is that podcasts are cheap and easy to produce. That means more people are able to have their own unique voices heard. That’s obviously a double-edged sword—the vast majority of people I know could probably stand to be heard less—but podcasts have made modest stars out of wonderful people like Dan Carlin, Lauren Lapkus, Tom Scharpling and Marc Maron, who were able to circumvent the traditional gatekeepers and create mini-media empires of their own.

Podcasts are most effective in appealing to niche audiences. Right now, there is something out there to suit your specific interests, political beliefs, and sense of humor (or lack thereof.) Hell, there are enough great Seattle-based podcasts to suit nearly everyone’s needs. And that, of course, is exactly where I was going with this all along. Here are some of the gems.

Air-Raid
“Infamous mud wrestling promoter-turned-airwave-media-mogul” Aaron Roden has been recording Air-Raid since 2010. It’s a modest operation, home-produced with the help of his family and friends, but it’s also kind of a big deal. Roden gets some pretty big names as guests, from local favorites like Lynn Shelton and Ahamefule J. Oluo to national celebrities and artists like Jane Lynch, Scott Aukerman and Blackalicous. It’s the type of winning combination that is almost exclusive to podcasts—ultra-informal, unhurried conversations + CELEBRITIES!!!—and it’s happening in our own back yard. Well, to be more accurate, it’s happening in Roden’s back yard.
Length: Hour-ish

Can You Dig It?!?!
Did you know that there’s such a thing as Seattle hip-hop history? Well, there is and it’s pretty damn fascinating. This new show hosted by Supreme La Rock and DJ Topspin offers “real DJ talk about politics, history and the good times.” I was expecting it to be more of an “inside baseball” sort of thing, but it’s immediately accessible to anyone with a passing interest in the culture of this city. The hosts have been DJs since way back, which means lots of talk about Sir Mix-a-Lot (“Mix was a filthy DJ back in the day”), Kid Sensation and other, more obscure-yet-influential figures (“If you grew up in Seattle and you don’t know who Riz Rollins is, then you didn’t grow up in Seattle.”) Plus: as you would imagine from a show produced by and for DJs, it sounds fantastic.
Length: Hour-ish

The Seattle Files with Chris Allen
This one’s right up my alley. It’s a comedy podcast about history, happily fusing two of the exactly three things in the world that I have any knowledge of whatsoever. If it somehow managed to also be about ice cream, I’d never stop listening. Host Chris Allen talks about legit Seattle historical events and people (The Great Fire, Frances Farmer) while improv comics like Mike Murphy, Molly Arkin and Clayton Weller riff over the top of him. It’s brisk, funny and educational in spite of itself.
Length: Half-hour or thereabouts

After these Messages
Remember how I mentioned that podcasts are often tailored for niche audiences? Well, this one is all about TV commercials. Who the hell would be interested in something like that? Okay, me. Definitely me. I am equal parts repelled by and fascinated with TV ads. Hosts Andrew Walsh and Genevieve Haas are kindred spirits, going over the good, the bad and the utterly mundane ads that pop up whenever On Demand won’t let you fast-forward. It’s not necessarily a comedy podcast (though it’s far from dry), which I appreciate. The hosts take commercials seriously as a medium, and discuss them on their own ultra-specific merits. I find it fascinating. And now I know I’m not the only one!
Length: Hour-ish

RadioLarp
It’s exactly what you think it is. Local comics Ryan Casey and Douglas Gale (and lots of friends) created this surprisingly dense, epically nerdy space-opera. I performed on a couple episodes when they were still doing it as a live show, and it never ceased to amaze me that they actually tried to do this thing as a live show. It’s got a big cast, the exacting dialogue is entirely scripted and it takes place on a damn space ship. But you don’t need to actually see the tinfoil and duct tape props to enjoy the wry, reference-heavy jokes and endearingly ambitious-yet-still-stupid plotting. It’s a labor of love (Gale: “It’s a lot of work. A lot of lot of work.”), and it shows.
Length: Half-hour-ish

Theatrical Mustang
This one is a must for die-hard local theatre fans. Hosts Katie Woodzick and Olena Hodges—both active, creative members of the Seattle theatre community—trade off hosting duties, bringing in-depth interviews with stage stalwarts like Rose Cano, Liz Engleman and Little Bear Schwarz. After 91 episodes, the hosts definitely know what they’re doing; the talk is enthusiastic, knowledgeable and often quite specific. It’s a female oriented, but not female exclusive, look at what makes the people who create theatre in Seattle tick.
Length: Half-hour range

Sexual Awake ’n Baking
This one is only three episodes in so far, but I’m optimistic for the future. It’s hosted by two very funny people—Natalie Holt and Maddie Downs—and it’s almost exclusively about sex. Endearing guests like Nick Sahoyah and Erin Ingle show up, talk about their sex lives in varying degrees of detail, and that’s about it. But you know what? That’s enough. Some of the best podcasts out there are really just fun conversations amongst friends that you’re allowed to listen to for some reason. I’d also suggest enjoying it while you can, because the hosts are somewhat concerned that “Dan Savage will be listening to get recon and have us killed.” Unlikely, but not impossible.
Length: Half-hour or so

You’d Cry Too
Full disclosure: New father Brett Hamil is a friend of mine and a City Arts writer. But I’d never lie about someone’s work in print/pixels, even if he is my friend. I’m kind of a jerk like that. Brett’s advantage over traditional New Dad-casts is the rawness (“I recorded the first episode of this podcast the night we brought our baby home from the hospital”) and his clear intention to elude conventional new dad sentiments. So while there is a story about him crying when he realized that he was going to have to take care of his child now that it was out in the world, he quickly dismisses it with a very Hamil-esque “It was all just ingrained, patriarchal bullshit, I’m sure.” It’s a surprisingly intense document of a powerful life event, loaded with salient details and filtered through a comic’s natural cynicism.
Length: Under a half-hour

Hug Life Podcast
Mike Coletta and Monica Nevi no longer live in Seattle, but they’re two of the sweetest people I’ve met, and they only left recently, so I decided to let them into the party. Speaking of the respective sweetness of the hosts, that’s the primary selling point for this adorable chat fest. Each show opens with Coletta and Nevi reassuring one another—“You’re great!” “You’re great!” “You’re great!” and so on. It’s precious. Mike claims that the podcast is “about being uncomfortable but positive,” but there’s really very little discomfort to be found. These two are very much at ease with one another, and their cozy relationship permeates the show, which usually involves them talking to another pleasantly funny friend about comedy or whatever feels right. As aptly named as podcasts get.
Length: Half-hour-ish

Sci-Fi on Trial
“What’s on trial here is not the film itself but the way fan culture reacted to it. Is this film remembered fairly?” That’s a pretty fair-minded philosophy for a podcast intent on relitigating some of the biggest movie disasters of all time. Hosted by Jesse Mercury and starring some of my favorite comic-type folks in Seattle, each episode of Sci-Fi On Trial is a long, hilarious and exhaustive examination of a controversial (to nerds) film. So far, defendants have included Back to the Future III, Kingdom of the Crystal Skull and perennial whipping boy The Phantom Menace. To people like me, this is important business. Former Tiny Baby Talk Show hosts Daniel Desrosiers and Daniel O’Connell are frequent guests. That’s a bonus, in case you were wondering.
Length: Well over an hour-ish

The Panel Jumper: Perfect Bound Podcast
This is the kind of show that simply has to exist in Seattle. If this city didn’t have it’s own comics podcast, a cataclysmic singularity would form, sucking the entire planet into the interdimensional realms of…well, I have no idea. But the hosts of The Perfect Bound Podcast just might. Ben Laurance, Chris Casos, Nicole Lamb and Cole Hornaday are an amiable squad of comics fans and comic store employees. I’ve been around a lot of comic book conversations in my day, and I can attest that it’s rarely very pleasing to the outside ear. Fortunately, these guys are pros. They’re knowledgeable, confident on the mic, and they keep the talk brisk and relevant. Comics fans should definitely check it out. I’ve read four comic books in my life (okay, one or two might’ve been graphic novels) and I still enjoyed the ‘cast. That’s got to be saying something.
Length: Half-hour to hour-ish