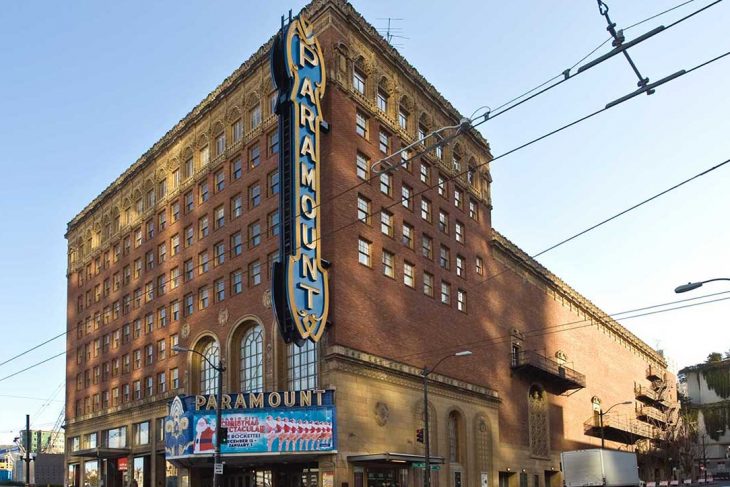 Seattle is a city rich in culture and history. From its world-renowned music scene to its abundance of top-notch museums, Seattle is a city that has something for everyone. If you’re looking for an unforgettable cultural experience, be sure to check out one of Seattle’s many amazing concert halls. All around the city, you’ll find a variety of live music venues showcasing a wide variety of artists.

February is the time of year when Seattle comes alive with a flurry of live music concerts. Whether you’re in the mood for a mellow indie-folk trio, a head-bopping prog-rock band, a soulful R&B artist, or a rousing brass ensemble, you’ll find what’s on in Encore’s curated list of concerts in Seattle.

Each hall has its unique features and charm, making each concert an unforgettable experience. From the majestic Benaroya Hall to the intimate The Showbox, Seattle has a concert hall that is perfect for any music lover.

Benaroya Hall S. Mark Taper Auditorium is one of the city’s most iconic concert venues. The hall  opened its doors in 1998. The facility is located in downtown Seattle and is part of the city’s premiere arts and entertainment district, home to the Seattle Art Museum, the Paramount Theatre, McCaw Hall, and Seattle Opera. The Benaroya Hall is adjacent to the Nordstrom Recital Hall.

Benaroya Hall S. Mark Taper Auditorium offers an ultimate concert atmosphere. With perfect sightlines and acoustics, this is the place to see and hear the best music performances. The luxurious 2,479 seat auditorium, with its modern design and intimate setting, provides an unforgettable concert experience. No matter where you are seated in the hall, you will feel as though you are part of the action. And with the hall’s excellent acoustics, you’ll be able to hear every note of your favorite performance. Benaroya Hall is home to incredible lineup of presenters, ranging from classical and jazz to contemporary. No matter your taste in music, there is sure a show that will excite and entertain you. The auditorium also features a magnificent pipe organ that is one of the largest in the world.

If you’re looking for a live music venue with a diverse lineup of performers and a lively atmosphere, then Chop Suey is the place for you. Located in Seattle’s Capitol Hill neighborhood, the venue is known for having live music every night of the week. This includes bands, DJs, and more. Chop Suey has a wide variety of music styles covered, from rock and alternative to hip-hop and EDM. With its laid-back atmosphere, this is the perfect place to relax, have a drink, and enjoy live music.

Music has a way of connecting people. Live music is at the heart of Seattle’s Neumos. It has hosted sets from some of the world’s most influential artists of the last 20 years, including The Strokes and LCD Soundsystem. Over the years, Neumos has been the stage for many internationally and nationally recognized artists.

Seattle’s premiere concert venue for all of your entertainment needs, Showbox SODO has hosted some of the world’s biggest stars. The concert hall offers a variety of live music, comedy, and other special events. The venue’s calendar is always packed with the best in local and national talent. From rock to country and everything in between, there is a show for everyone.

The Moore Theatre in Seattle, WA, is a world-class venue that has welcomed some of the most celebrated performers of all time. It has played host to many of the most legendary entertainers of all time, including Bob Dylan, The Rolling Stones, and many more. From world-famous Broadway shows to A-list comedians, The Moore Theatre is the place to see the best in entertainment. In February 2022, experience shows that are not only a part of the venue’s rich legacy but are sure to be one of the best things you see in Seattle this year.

The Neptune Theatre offers a wide range of performances, including dramas, comedies, children’s shows, dance, live concerts, and more. No matter what show you see here, you’re guaranteed a fantastic time. The atmosphere in The Neptune Theatre is terrific, and the energy is palpable. Whether you’re up close and personal in the orchestra section or seeing the show from the back of the theatre, you’re sure to have a great time. The Neptune Theatre is perfect to see your favorite band or artist. With excellent acoustics and a great sound system, you’ll enjoy every note. Plus, the intimate setting makes it feel like you’re right there on the stage with the performers.

The Showbox is a superb venue for concerts. Whether you’re a fan of rock, pop, country, or any other genre, you’re sure to find something to love at The Showbox. It’s really awesome to see your favorite band live. As the clock ticks down to the beginning of the performance, the anticipation grows. And when the lights finally go down, and the show begins, the room explodes with applause and cheers. The Showbox is the perfect venue for concerts, with its intimate atmosphere and excellent sound quality. In addition to live music, they have a diverse programming schedule that includes live theater, film screenings, and comedy. The venue hosts some of the best musical performances in the Northwest and has had many famous performers pass through its doors over the years.

The Sunset Tavern provides the quintessential Seattle concert experience. Its live music stage features the best in local and regional talent, and they’re constantly bringing in new and exciting bands to keep things fresh. With a wide range of genres represented, there’s something for everyone at The Sunset Tavern. Whether you’re a fan of indie rock, metal, hip-hop, or jazz, you’re sure to have a great time.

Tractor Tavern in Seattle, WA, is a music venue like no other. It’s a concert hall with a rustic atmosphere and a great local flavor. From rock to folk, this venue houses a diverse selection of live music. If you’re in the mood for a low-key night, Tractor Tavern is a great place to grab a beer and relax. The full menu of food will have you feeling satisfied no matter what you’re in the mood for. Plus, there’s no better place to enjoy a cold beer or cocktail while you listen to your favorite tunes.

Seattle is one of the most vibrant music scenes in the country. From up-and-coming artists to world-renowned performers, the city has something for everyone. There’s always something happening in Seattle’s music scene, and February is no exception. Many of Seattle’s top venues will be hosting a wide variety of concerts, so you can enjoy performances from numerous talented musicians. From grunge to jazz, folk to funk, there’s always a great show to check out. If you’re looking for a music-themed night, Encore’s Things To Do in Seattle is the best source to see what’s on in Seattle’s arts and culture scene. No matter what style of music you’re into, you’re sure to find something to love in Seattle.